George Herbert Walker Bush, the 41st president of the United States, whose long life in the public sphere was defined by service to his country, has died.  He was 94.

His wife of 73 years, Barbara Bush, died in April and Mr. Bush was hospitalized the day after the funeral to be treated for an infection in his bloodstream. He suffered a number of health issues in his later years, including vascular parkinsonism, a condition similar to Parkinson’s disease, and used a wheelchair to get around.

His son, former President George W. Bush, issued a statement calling his father “a man of the highest character and the best dad a son or daughter could ask for. The entire Bush family is deeply grateful for 41’s life and love, for the compassion of those who have cared and prayed for Dad, and for the condolences of our friends and fellow citizens.”

On June 12, 2018, Mr. Bush celebrated his 94th birthday with family members in Kennebunkport, Maine, becoming the first U.S. president in history to reach that age. “I see history as a book with many pages, and each day we fill a page with acts of hopefulness and meaning,” he said in his 1989 inauguration speech.

Born into privilege, then a life of service

Mr. Bush was born in Milton, Mass., on June 12, 1924. On his 18th birthday, he enlisted in the Navy, becoming the youngest fighter pilot in World War II. He flew 58 combat missions, including one that nearly ended his life.

“He was on a bombing mission about 600 miles south of Japan,” said historian Douglas Brinkley, “when he was shot down and it went into the sea. And it’s a great moment for his life of heroism, September 3, 1944.”

He returned from war with a Distinguished Flying Cross. A year later, he was at Yale University and courting the young woman he met at a Christmas dance. 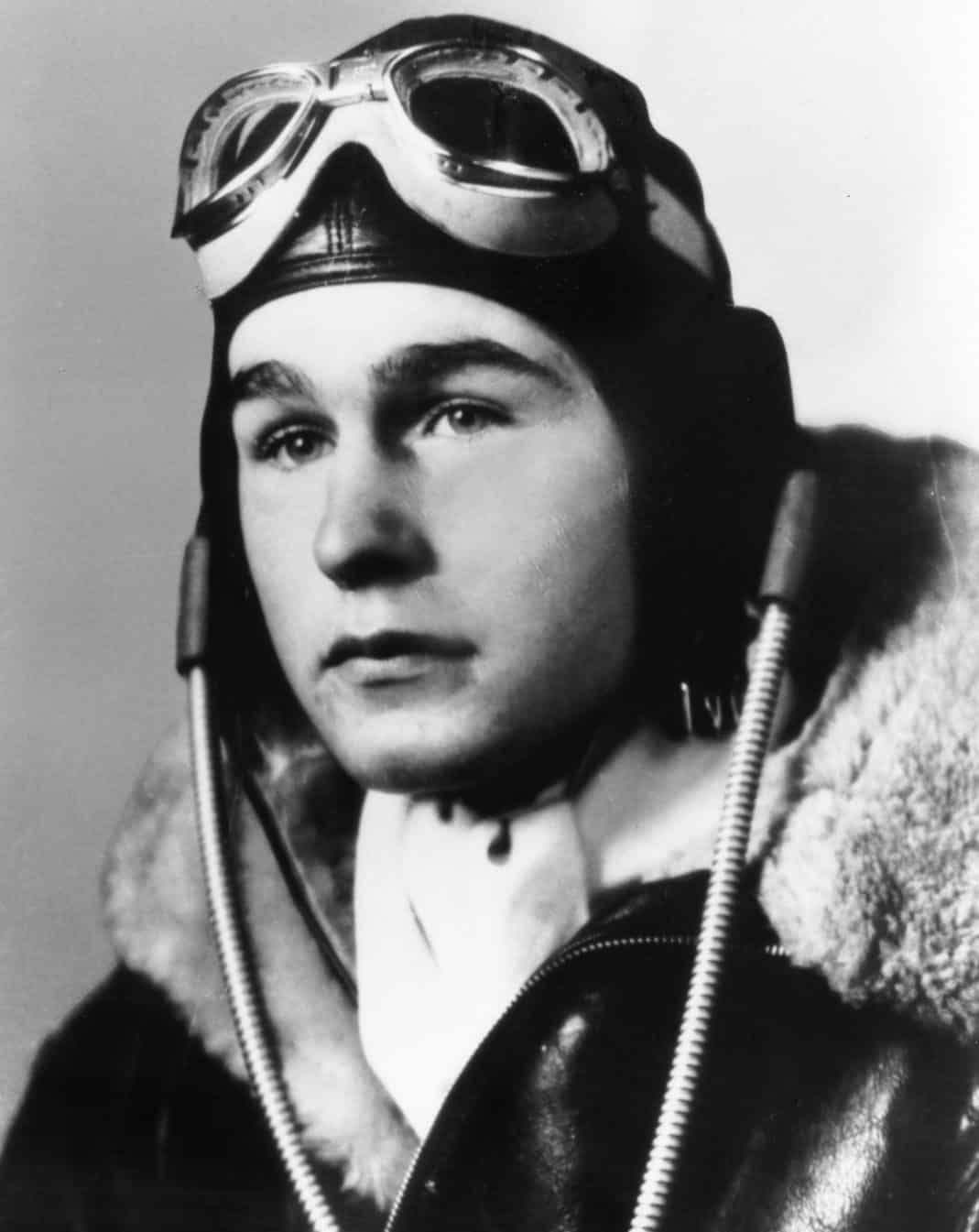 In January 1945, he married Barbara Pierce. They said it was love at first sight. “I think he’s the wisest, smartest, most decent, caring person I know, and I think he’s the handsomest thing I ever laid my eyes on,” Barbara Bush once said.

Together they left the East Coast and headed south to Texas. George and Barbara had six children. Robin, their first daughter, died in 1953 of leukemia. She was not yet 4 years old.

“It had a profound effect on me,” Mr. Bush recalled. “And I think that horrible incident drew us even closer together.”

Six years later, another daughter, Dorothy, was born, joining sons George W., John Ellis (known as Jeb), Neil, and Marvin. It also marked a rebirth for Mr. Bush as well, as he embarked on a career in politics.

The East Coast moderate would have mixed success with Texas conservatives. He won two terms in Congress and lost two Senate races. But his journey would ultimately bring him to Washington. 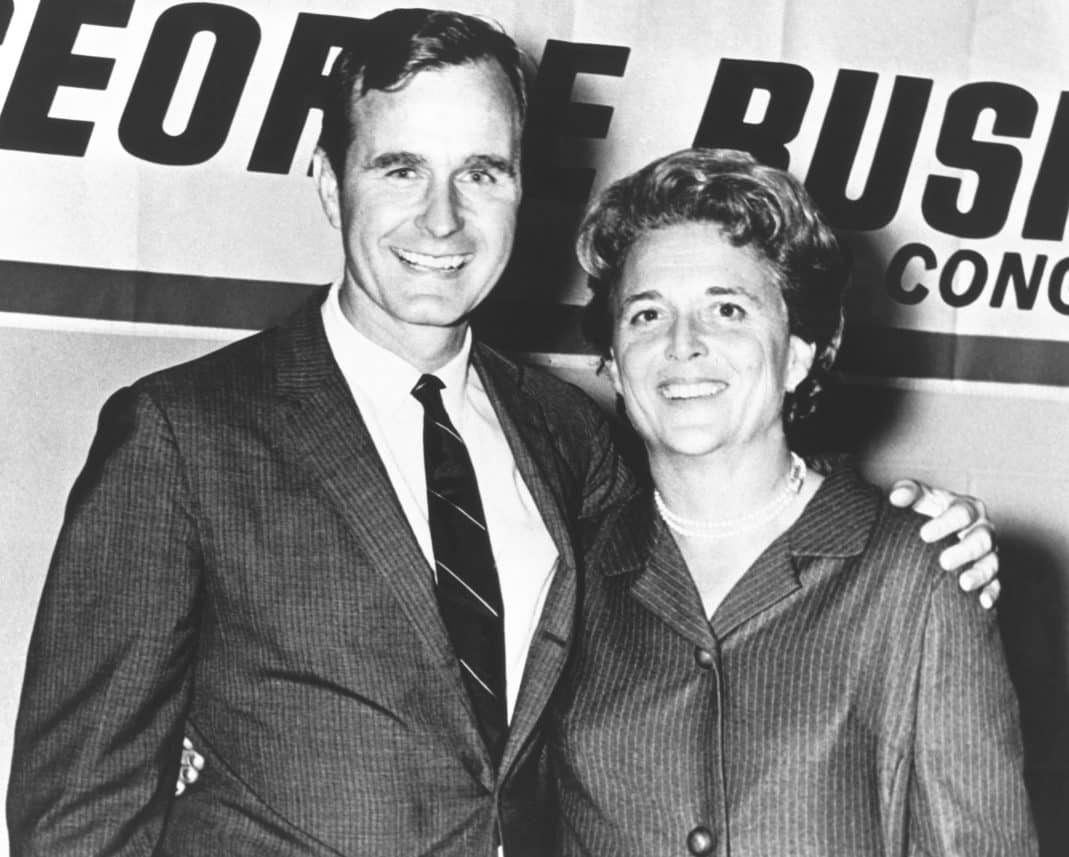 He served Presidents Nixon and Ford in a host of high-level positions: U.N. ambassador, head of the Republican Party, envoy to China, and director of the CIA.

After a contentious 1980 primary season and a failed bid for the presidential nomination, Mr. Bush’s opponent, Ronald Reagan, surprised the party by choosing Mr. Bush as his running mate.

“When you read Ronald Reagan’s diaries,” said Brinkley, “you’ll get to see how much he relied on George Bush. And when Reagan left after two terms, he was very much for George Herbert Walker Bush becoming his successor.”

In a speech accepting the 1988 Republican presidential nomination, Mr. Bush described America as a nation of communities, “A brilliant diversity, spread like stars, like a thousand points of light in a broad and peaceful sky.”

As the 41st president of the United States, George Herbert Walker Bush was inheriting a rapidly changing world. The Berlin Wall had fallen; the communist empire was disintegrating; and in Panama, American troops rooted out a corrupt regime, overthrowing Manuel Noriega’s government.

“George Herbert Walker Bush was the finest foreign policy president the United States had after Harry Truman. And I don’t say that lightly,” said historian Brinkley.

Yet concerns closer to home preoccupied many Americans, and the economy would pose a daunting challenge to his leadership.

On the campaign trail for reelection in 1992, Bush would face not one but two opponents: Democrat Bill Clinton and Independent Ross Perot, who would hammer home the notion that Bush was out of touch with the problems of everyday Americans.

“Read my lips … no new taxes,” Mr. Bush famously promised as he accepted the presidential nomination in 1988.

Four years later, that promise would come back to haunt him. He did, in fact, raise taxes, infuriating the base of the Republican party — the Reagan conservatives who never quite trusted the East Coast Ivy Leaguer.

“I couldn’t do what Ronald Reagan, my friend and predecessor, had done so well — communicate effectively with the people,” Bush said in an interview. “And that was my biggest shortcoming.” 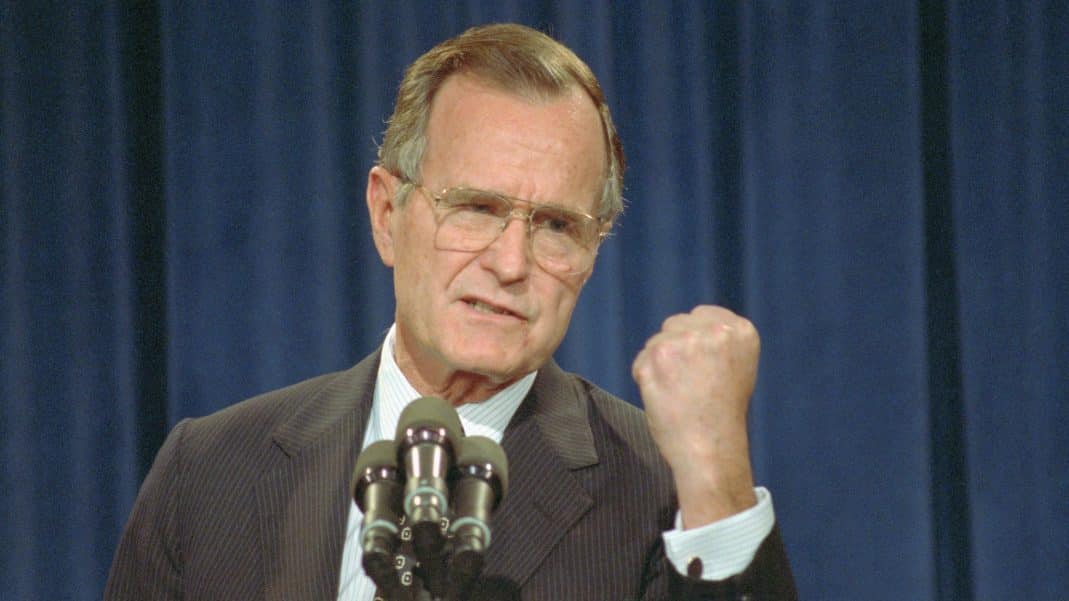 After the White House

After leaving the White House after one term, Mr. Bush forged a friendship with the man who defeated him in 1992, former President Bill Clinton. The two raised millions for victims of Hurricane Katrina and a devastating tsunami in southeast Asia.

“People say now that they can’t tell the difference between me and President Bush anymore and, oh yes you can. I’m the one who has more gray hair,” Clinton joked.

Mr. Bush’s son George would serve as the governor of Texas and two terms as president, while another son, Jeb, became the first Republican governor of Florida to serve two full terms.

George Herbert Walker Bush was the patriarch of a political dynasty. But his legacy is not of power, but of service.

“He easily could have chosen a life of comfort and privilege, and instead, time and again, when offered a chance to serve, he seized it,” President Barack Obama said of him in 2009, marking the 20th anniversary of Bush’s Points of Light initiative. “Think for a minute about the impact that he’s had. … That’s the extraordinary ripple effect that one life, lived humbly, with love for one’s country, and in service to one’s fellow citizens, can have. May we each strive to make that kind of difference with our own lives.”