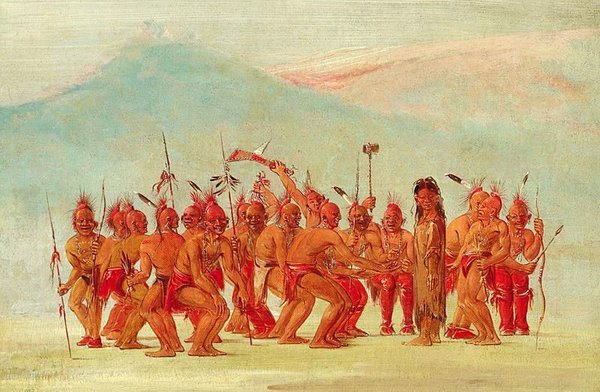 Editor’s note:  I couldn’t help this.  The Russians are so f&^king stupid.  Not only was “W”  Bush gas as a Mardi Gras parade but the GOP is and has always been a “gay mafia” party.

That they are flakes and murderous bastards is the problem, not their sexual orientation.  This is a standard problem with Russia, they find the only American president that would drop sanctions on them and Iran, someone of course hated by Israel, and for some strange reason, dump on him, even when it screws Russia over.

Who runs the Russian media?  The CIA?  The Mossad?  I wonder sometimes.

Homosexuality and the Decline in American Values

It is not meant to be considered homophobic, but an opinion based upon facts.

While being considered for Pravda, more than likely it would not be presented favorably by mainstream media in America, which tends to support this type of lifestyle. Furthermore, nothing has really changed that much through history, since President Lincoln, the “savior” of American, a Marxist and anti-Jeffersonian was an alleged bi-sexual (Brookhiser, 2005). Surely, numerous citations throughout history could be presented, but it is beyond the scope of an opinion to do so.

Growing up as children, this was a topic that was at least avoided, if not ignored altogether. Those who were openly gay, especially in Southern states, in some families, were outcast by parents, or parents were to be embarrassed to discuss the matter socially.

Enter the Obama era, and things change dramatically. It may be the biggest part of his legacy (Rauch, 2016). During this time, he adopted a “don’t ask, don’t tell policy” within the military, but then the Supreme Court reach a decision in favor of civil unions and gay marriage, then thirty-seven states, more than 70% of those in the American Union, opt in favor of gay marriages and civil unions (Same-sex law map, 2018).

The most disturbing part of this liberalization is the fact that men in their country’s uniform, which represent not only the flag, but the entire armed forces, have been allowed to openly participate in these types of ceremonies, which many in the military might consider it to be dishonoring their country’s flag and uniform, however this represents a minority of people, and not the majority (Butcher & Heimlich, 2018).

President Trump campaigned in favor of LGBT rights, then quickly reversed course, virtually banning gays from the military upon assuming office, though it will not change Supreme Court decisions made under Obama’s administration (Lopez, 2018).

The key argument which disfavors same sex marriages and civil unions, is the declining fertility rate, since child rearing and birth are obviously via nature, biologically only possible through a man and a woman. This will move the United States toward the same problems that plague other countries, like Japan, who tend to have fewer children, thus weakening the foundation and structure of society (Schumm, 2018 & Semuels, 2017). This will likely hasten the move toward robotic wives and singularity, in which man merges with machine. The author feels this direction will result in the eventual destruction of mankind, or at least a drastic decline. (Cuthebertson, 2018).

One author, who has been accused of homophobia, stated that the Roman Empire fell due to “a contagion of homosexuality” (Squires, 2011).

No matter what the opinion of those opposing this viewpoint will be, it is yet to be seen if America will take third place among the big three superpowers, that being Russia, China, and the United States, the former countries who tend to stand by morality over gay rights, (The Economist, 2018) which makes society stronger.

“China and Eurovision Clash over an LGBT Performance-and the Value of Diversity.” The Economist, The Economist Newspaper, 11 May 2018, www.economist.com/open-future/2018/05/11/china-and-eurovision-clash-over-an-lgbt-performance-and-the-value-of-diversity.

Cuthbertson, Anthony. “Robots Will Have Civil Rights by 2045, Claims the Creator of an Android That Once Said ‘Destroy Humans’.” The Independent, Independent Digital News and Media, 25 May 2018, www.independent.co.uk/life-style/gadgets-and-tech/news/robots-civil-rights-android-artificial-intelligence-2045-destroy-humans-sophia-singularity-a8367331.html.

Semuels, Alana. “The Mystery of Why Japanese People Are Having So Few Babies.” The Atlantic, Atlantic Media Company, 20 July 2017, www.theatlantic.com/business/archive/2017/07/japan-mystery-low-birth-rate/534291/.

Squires, Nick. “What Led to the Fall of the Roman Empire?” The Telegraph, Telegraph Media Group, 8 Apr. 2011, www.telegraph.co.uk/news/worldnews/europe/italy/8438599/What-led-to-the-fall-of-the-Roman-Empire.html.