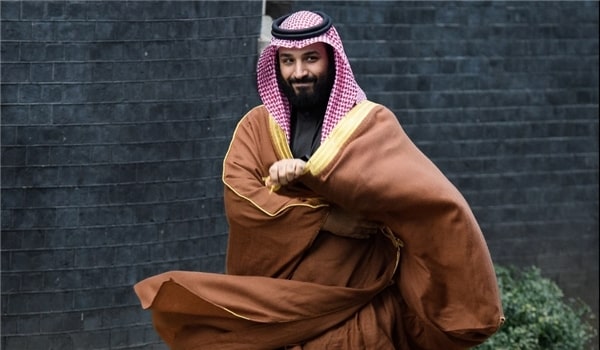 A new report announced that Crown Prince Mohammad bin Salman (MbS) has scrambled the Saudi military fearing a coup by some royals to topple him.

The Saudi army personnel and assets had been transferred from the kingdom’s Eastern and Western provinces to the capital Riyadh in a pre-emptive move to prevent a putsch while MbS is in Argentina for the G20 summit, Al-Khaleej Online reported.

The report comes at a time that the heir to the Saudi throne faces widespread criticism over the deadly war on Yemen and the brutal killing of journalist Jamal Khashoggi inside the Saudi consulate in Turkey.

Dissident Saudi Prince Khalid bin Farhan Al Saud, who lives in exile in Germany, said that a royal coup was in the offing and that an opposition group had been set up to unseat the crown prince.

He told the al-Khaleej Online that the crown prince’s style of government is “ignorant and delusional”.

If the Saudi royal family and “other countries” decide to move against King Salman bin Abdulaziz Al Saud and bin Salman, “a wave of violence is likely to occur as the Saudi kingdom is reigned by employing ignorant and barbaric methods”, he added.

“I hope that there will be a soft coup that overthrows the deep state and takes controls of prominent security institutions, and then sacks the Crown Prince and the king,” he stated.

Additionally, a well-known Saudi online activist, who goes by the nickname of @mujtahidd on Twitter, told al-Khaleej Online that “had Prince Ahmed announced… the removal of King Salman from power, 95% of the family would have pledged allegiance to him on the spot”.

He was referring to Saudi Prince Ahmed bin Abdulaziz Al Saud, King Salman’s brother and bin Salman’s uncle, who was said to be afraid to return to the kingdom since he had made public comments critical of the crown prince.

Sources close to Prince Ahmed stated in late October that he had flown back to Riyadh from London.

“Since the Khashoggi affair, there have been rumors that some members of the royal family had conversations amongst themselves about the need to change the country’s leadership or at least it’s leadership structure,” Gerald Fierstein, the senior vice president of the Middle East Institute in Washington, told The Media Line.

“It would not be surprising if indeed some type of conversation got to MbS to make him question the commitment of some members of the family to his leadership,” he noted.

Furthermore, Bruce Riedel, a senior fellow at the Brookings Institute, emphasized that bin Salman had “alienated many members of the royal family during his Ritz Carleton shakedown”.

He was referring to the arrests of hundreds of influential Saudi businessmen and members of the royal family in November 2017 in an alleged “anti-corruption campaign” spearheaded by bin Salman. The detainees were held at the Ritz-Carlton Hotel in Riyadh.

“Anytime bin Salman is out of the country, he is more vulnerable and if he is treated as a pariah abroad, it increases his vulnerability,” Riedel told The Media Line.