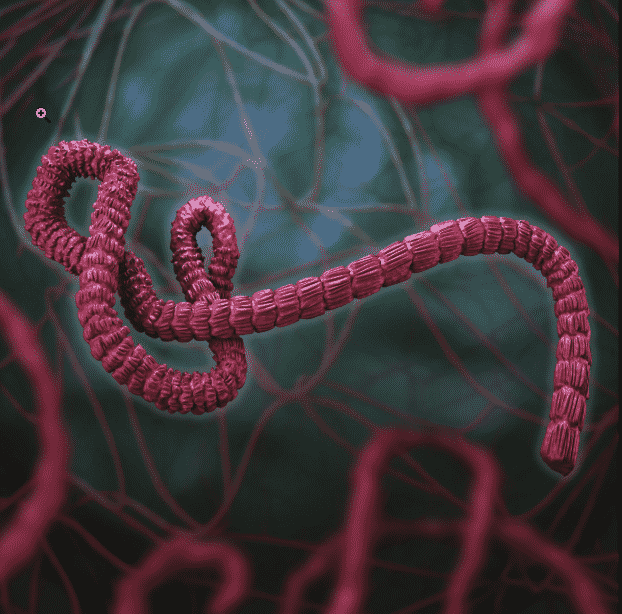 Written by National Institutes of Health

An international research team has begun patient enrollment in a clinical trial testing multiple investigational Ebola therapies in the Democratic Republic of the Congo (DRC). The randomized, controlled trial is enrolling patients of any age with confirmed Ebola virus disease (EVD) at a treatment unit in the city of Beni operated by ALIMA(link is external) (The Alliance for International Medical Action), a medical humanitarian organization.

“Combatting Ebola requires a comprehensive response that draws on the strengths of all areas of public health. Biomedical research can lead to critical new tools, such as potentially life-saving therapies,” said NIAID Director Anthony S. Fauci., M.D. “Through scientifically and ethically sound clinical trials, we hope to efficiently and definitively establish the safety and efficacy of these investigational Ebola treatments, offering new ways to save lives.”

On Aug. 1, 2018, the DRC Ministry of Health declared the country’s 10th outbreak of EVD. As of Nov. 25, 2018, 240 deaths out of 419 confirmed and probable cases of EVD have been reported in the northeastern provinces of North Kivu and Ituri. Under the leadership of the DRC Ministry of Health, the WHO has coordinated the outbreak response with several international partners. NIAID, along with the U.S. Centers for Disease Control and Prevention, the U.S. Agency for International Development (USAID), and other U.S. government partners, have provided guidance and support to the multi-sectoral outbreak response.

“We urgently need a safe and effective treatment for this deadly disease,” said DRC Minister of Health Oly Ilunga Kalenga, M.D., Ph.D. “As we face a 10th outbreak of Ebola, we hope this clinical trial will give us more information about how best to treat patients.”

The investigational treatments have varying levels of data to support their use from testing in the laboratory, animals, and humans. However, none has been approved for treating EVD. ZMapp is the only investigational treatment previously tested in a randomized, controlled efficacy trial. Results from that study, conducted in the U.S. and West Africa during the 2014 to 2016 outbreak, suggested that ZMapp appeared to be beneficial, but as the outbreak waned, the trial ultimately could not enroll enough participants to definitively establish the drug’s efficacy.

The investigational treatments also have been administered to most of the Ebola patients in the current outbreak in the DRC under an ethical framework developed by the WHO called Monitored Emergency Use of Unregistered and Investigational Interventions (MEURI)(link is external). However, this emergency-use mechanism cannot yield generalizable evidence on how well the treatments work.

“A randomized, controlled clinical trial is necessary to obtain reliable data about the safety and efficacy of investigational Ebola treatments,” said H. Clifford Lane, M.D., director of NIAID’s Division of Clinical Research. “It is possible to conduct rigorous clinical research in an outbreak setting, and we anticipate this trial will provide useful data.”

Trial participants will be randomly assigned to receive one of the investigational treatments by intravenous infusion. Site clinicians will monitor patients’ symptoms and take blood samples for laboratory tests. Patients will remain in the Ebola treatment unit until they fully recover from the disease. They will be asked to return to the clinic approximately two months after receiving treatment for a check-up and to provide additional blood samples for laboratory tests.

Plans are underway to expand the trial beyond the ALIMA site in Beni to additional Ebola treatment units operated by medical humanitarian organizations, including International Medical Corps. The trial also may be adapted to continue across more than one outbreak and in several countries. The number of participants enrolled in the trial ultimately will depend on the evolution of Ebola outbreaks. The study is designed to enroll 112 patients per arm, potentially over multiple outbreaks.

“This clinical trial marks a significant and important step forward for the DRC and our international partners,” said Dr. Muyembe. “We are eager to learn more about each of these investigational treatments as we continue to work tirelessly to identify new cases, trace contacts and control the spread of disease.”

An independent data and safety monitoring board will regularly review the study data. For more information, visit ClinicalTrials.gov and search identifier NCT03719586.

NIAID conducts and supports research—at NIH, throughout the United States, and worldwide—to study the causes of infectious and immune-mediated diseases, and to develop better means of preventing, diagnosing and treating these illnesses. News releases, fact sheets and other NIAID-related materials are available on the NIAID website.

About the National Institutes of Health (NIH): NIH, the nation’s medical research agency, includes 27 Institutes and Centers and is a component of the U.S. Department of Health and Human Services. NIH is the primary federal agency conducting and supporting basic, clinical, and translational medical research, and is investigating the causes, treatments, and cures for both common and rare diseases. For more information about NIH and its programs, visit www.nih.gov.

Covid has wiped out years of progress on life expectancy, finds study, especially among Trump voters