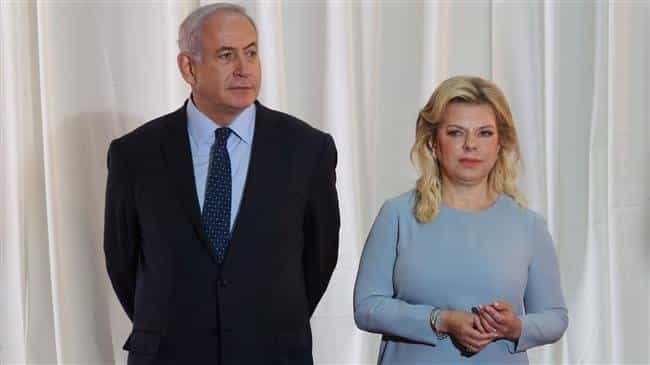 [ Editor’s Note: Well, it couldn’t happen to a nicer guy…and his wife. But my first question to the Israeli police is, “What took you so long?” It appears that they viewed this case as a guaranteed employment tool, like there was nothing else for them to do.

Their interviews were conducted ages ago; and since then, the police have never made any effort to explain what was taking so long. Maybe they can hire Mr. Mueller to put on a seminar for them about handling a routine political bribery case.

After all, the police are not in charge of the prosecution, but only producing sufficient evidence of a bribe, which in Bibi’s case could have just required checking to see if he was still breathing as the man is corrupt to the bone, the entitled, supremacist kind.

Perhaps this is why he and Trump get along so well. They are two birds of a feather.

At least in the US we have something called the speedy trial requirement at the Federal level, where the government cannot investigate you forever. They have to put up or shut up and file charges within a certain amount of time.

I can’t wait to see what the prosecutors will do, and how long it will take them. I am getting older, and hope to still be around when this case is resolved and Bibi and wife get their 90-day sentence, probably for some health issues they will miraculously come up with at the appropriate time.

No, I am not a meanie. He has it coming, and so does she. And just in case the prosecutors pass on this one, we still have the bribery case on the German Dolphin subs in the pipeline where the German executives have been cooperating … Jim W. Dean ]

The Israel police have recommended indicting Prime Minister Benjamin Netanyahu and his wife Sara for bribery and other corruption charges in an investigation dubbed Case 4000.

In a statement released on Sunday, the police said that Netanyahu was suspected of taking bribes and of conduct involving “a conflict of interest” when he made decisions that benefited Shaul Elovitch, who controlled Israel’s largest telecommunications firm, Bezeq.

The case involved suspicions that Netanyahu intervened with regulators to help Bezeq and in exchange Elovitch ordered the Walla News website to provide favorable coverage of the Israeli premier and his wife.

The police said they had found evidence that “Netanyahu and those close to him blatantly intervened, sometimes on a daily basis, in the content published on the Walla news website, and sought to influence the appointment of senior employees (editors and reporters), while using their ties to Shaul and [his wife] Iris Elovitch.”

Investigators said Netanyahu should stand trial on charges of accepting bribes, fraud and breach of trust and fraudulently accepting benefits.

They also recommended to charge Sara Netanyahu with bribery, fraud and breach of trust, and for “disruption of investigative and judicial proceedings.”

This is the third such police recommendation against Netanyahu in recent months. Now, the Israeli attorney general should decide whether to bring indictments in the case. The Israeli prime minister, however, dismissed the accusations against himself and his wife.

“These recommendations were determined and leaked even before the investigations began,” he claimed in a statement. “I’m sure that in this case the relevant authorities, after examining the issue, will reach the same conclusion: that there was nothing because there is nothing.”

The Israeli police have already recommended charging Netanyahu for bribery and breach of trust in Case 1000 and Case 2000. Netanyahu is suspected of having received luxury gifts from businessmen overseas in Case 1000.

The Israelis have been holding protests to demand the prime minister’s resignation over the corruption scandals, but Netanyahu has described the events as part of efforts meant to topple him “at any cost.”