Home Investigations Link Between Scandals and Stocks in India 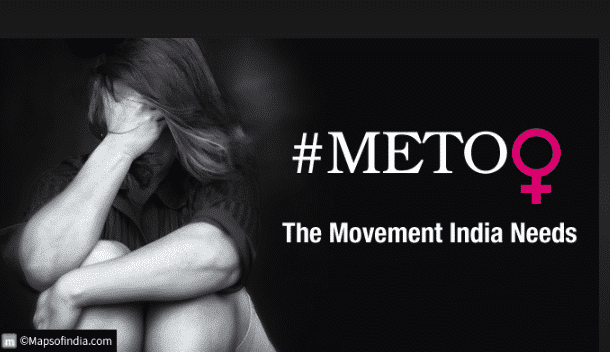 According to NPR, it all started in late September, when a Bollywood actress said she was ignored 10 years ago when she claimed sexual harassment. As the Nifty then bottomed in early October, Indian women began naming and shaming dozens of public figures on social media. Then India’s junior foreign minister resigned in mid-October after dozens of women accused him of harassing them sexually or otherwise engaging in inappropriate behavior decades ago while he was an editor at several Indian publications. Many more men have come under fire since then. 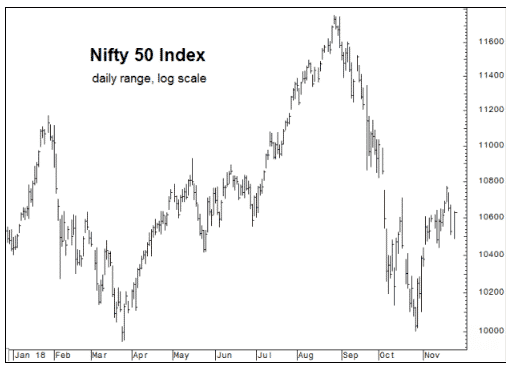 India’s #MeToo Movement is just the latest item on a long list of prominent scandals that have erupted during or soon after bear markets, including the Monica Lewinsky scandal that led to U.S. President Clinton’s impeachment in 1998; the Satyam Computer accounting fraud scandal in India in early 2009; and the Tiger Woods sex scandal later that year.

Robert Prechter’s socionomic theory suggests that declines in stocks are reflective of a negative social mood, which provides a “natural chemical for ripening scandals, and the taste for them.” When society is feeling pessimistic, it scrutinizes its figureheads and often tears them down.

A women’s rights activist told Bloomberg on October 17, “Women of India will no longer tolerate any of this. The women have declared zero tolerance, no matter who or how high the man is. There should be many more resignations.” The government has promised to establish a committee of senior judges to examine the recent flood of sexual harassment charges against prominent men.

Because we expect Indian stocks to spend the better part of the next few years in a bear market, more scandals seem likely.

About Elliott Wave International
Elliott Wave International is the largest independent technical analysis firm in the world. We cover every major financial index in the world, around the clock, and many of our publications have won top awards in their categories. We do not take our lead from Federal Reserve Policy, news headlines, Presidential elections or the latest economic statistics. In fact, we forecast the forces that produce those outcomes, so we — and you — can expect them to happen.