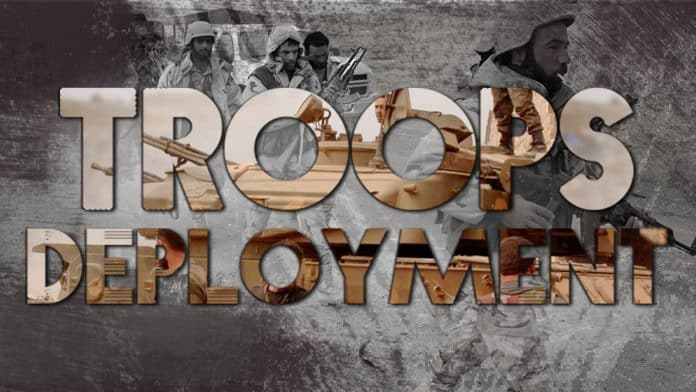 On November 30th, Khalid al-Mahamid, a prominent figure of the Syrian opposition, revealed that there is “an international agreement” to eliminate Hay’at Tahrir al-Sham (HTS) in Idlib. Al-Mahamid is known as the godfather of the reconciliation process which took place in southern Syria in 2018. The UAE-based businessman reportedly persuaded thousands of former FSA fighters in the governorates of Daraa and al-Quneitra to join the ranks of the Syrian Arab Army (SAA) 5th Assault Corps.

Syria’s SANA news agency reported that the SAA tracked militant movements in the southern parts of Latimineh city and conducted concentrated strikes on them while they were attempting to infiltrate the military posts around al-Zalaqiyat village.

Furthermore, an army unit in the area surrounding al-Hamamiyat village shelled another group of militants while they were attempting to infiltrate from the surroundings of al-Jaisat and Tal al-Sakhir.

The SDF also announced that its forces evacuated dozens of civilians from the ISIS-held pocket in the middle Euphrates River Valley during a successful special operation.

Last weekend, SDF claimed that they repelled an attack by ISIS on positions in eastern Deir Ezzor. US-led coalition warplanes supported SDF fighters during the clashes and conducted 34 airstrikes on positions, vehicles and gatherings of ISIS. Reportedly 33 militants were killed as a result of the clashes.

During the last week, ISIS carried out several attacks on the SDF confirming by actions that the terrorist group is still relatively strong on the eastern bank of the Euphrates River in this part of Syria.

Fighters of the Kurdish People’s Protection Units (YPG), SDF’s core, launched a hit and run attack on positions of the Turkish-backed Free Syrian Army (FSA) in the town of Ablah, near Aleppo.

On November 30th, the Iraqi National Intelligence Service (INIS) reported that its agents had arrested Jamal Khalil Taha Znad Mashhadani, another prominent commander of ISIS during a special operation in Baghdad. On December 9th, 2017 Iraq announced the defeat of ISIS in the country. However, since then there have been continuous operations to hunt commanders and remaining ISIS elements and sleeper cells in the country.