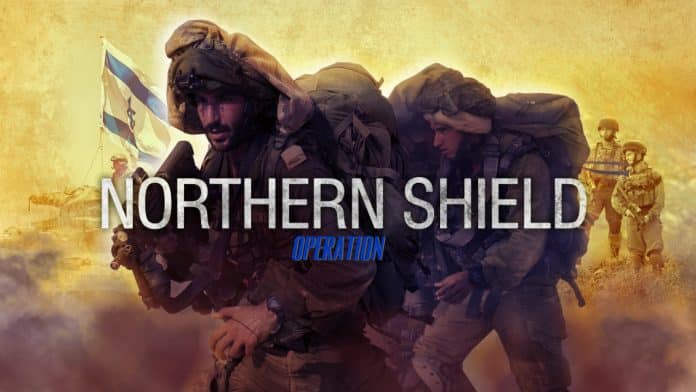 On December 4, the Israeli Defense Forces (IDF) announced that they had launched Operation Northern Shield in order to “expose and neutralize” alleged Hezbollah cross-border attack tunnels heading from Lebanon to Israel.

According to the Israeli side, the IDF eliminated at least one Hezbollah tunnel – a 200m-long construction, which reportedly penetrated 40 meters into Israel near the northern town of Metulla. Currently, the IDF operation is ongoing on the Israeli side of the contact line. However, the IDF openly stated that the military effort might be expanded into Lebanese territory.

On the evening of December 4, Prime Minister Benjamin Netanyahu declared that Operation Northern Shield is aimed at targeting an alleged broader push by Hezbollah the Israeli leader is being accused of corruption to capture parts of Galilee from Israel.

He described the IDF actions as a part of “a wide ongoing operation”, which will not end until all its goals are achieved.

On December 3, Israel’s Defense Minister, Health Minister, Foreign Minister and Prime Minister travelled to Brussels to meet US Secretary of State Mike Pompeo. Fortunately, for Israeli taxpayers, all four of the officials are, in fact, Netanyahu. So, the government saved lots of money on the delegation’s hotel and airline spending. Netanyahu was accompanied to the meeting by Mossad head Yossi Cohen; National Security Council head Meir Ben-Shabbat; and his military secretary Avi Blot.

Netanyahu said that he spoke to the US diplomat about imposing additional sanctions on Hezbollah in light of what he described as “this new aggression.” The US, according to Netanyahu, has given Israel its full backing.

It is interesting to note that the Prime Minister’s “short victorious war” on “Hezbollah tunnels” followed a recommendation by Israeli police to indict Benjamin Netanyahu and his wife on allegations of corruption. This is the third occasion when the Israeli leader is being accused of corruption in 2018 alone. The accusations are of bribery and fraud in various forms.

It’s possible that Netanyahu sees the operation against alleged Hezbollah infiltration infrastructure is a way to ensure a quick win that would show the Israeli people that their Prime Minister is, a top class leader and his government brings stability and security. Thus, he would be able to ease pressure caused by the corruption accusations and to remain in power for another period.

However, if Netanyahu orders the IDF to expand its operation into the Lebanese side of the contact line, this will immediately lead to an escalation with Hezbollah and in the worst-case scenario – to war, a scenario in which no Israeli or Lebanese citizen is in fact interested.