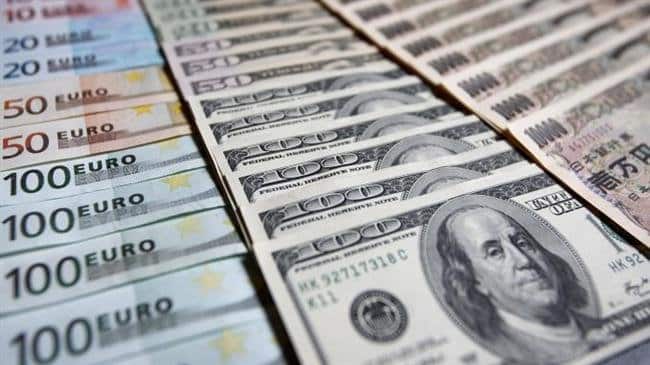 EU plans to do all oil transactions with other states in euros: Iran

“The Europeans have indicated that other countries may be welcome to join the SPV or that there may be multiple SPVs for different types of trade.”

[ Editor’s Note: I must confess that I have been worried about the EU Special Purpose Vehicle being an EU illegitimate child that no one wanted. But the quote above shows that the EU is thinking long term, never wanting to be boxed in by the US like this ever again.

But this news of the EU planning to use only the Euro in oil transactions other than the US – something the US will not be able to prevent – comes as welcome news.

And even more important, all those oil-producing countries will be piling up Euros, which they obviously will use to pay for European imports and making investments there, a triple win for the EU.

It is going to create a long term shift in US international trade to the detriment of the US, all because of the NeoCon Deep State hoodlums thinking they could use banking and settlement-transaction controls as a financial weapon on the rest of the world.

How soon will it take before we hear that the EU is going to pay for their Chinese rare earth imports completely with Euros, and we watch as that list of import products expands? We may see the wind go out of the sails to a large degree from the US sanctions; and the “mismanagement” of international trade may become a major 2020 Presidential race issue.

This news follows the growing list of those using national currency swaps in major arms deals, with India this week saying it will look into currency swaps on more of its international trade with Russia.

I have editorialized that US bully tactics of overusing sanctions was going to boomerang, as those on the extensive target list were going to be highly motivated to create a payment and settlement structure that bypasses the US.

This was not genius on my part. I just saw no other option for them. Various national factions will be united with a purpose and speed that would not have happened without prodding by US extortion.

The battle is not over by any means. But if the EU follows through on this, it will have punched a big hole in the front line of US sanctions, which can be followed up with new EU economic “plays” for blocking certain international gangsters from wresting more control of international trade.

That said, we expect to see new trade deals with China, like Trump has done with Mexico and Canada, since a “re-balancing” was long overdue. Trump can and should take credit for that.

What will be debated is whether he could have accomplished the same thing without triggering the backlash that he has, which will have long term consequences for the US trade position.

Did he use his sanctions machine-gun simply because he is a prisoner of a Reality TV mode personality that it is all theater? Whoever can stay on offense by controlling the narrative and media spin rules the day … Jim W. Dean ]

The European Union is going to ditch the US dollar and use its own currency in oil contracts worth 300 billion euros, an Iranian official said, quoting a European commissioner.

“Based on the news I recently received and was confirmed by a European commissioner, from now on, the EU is going to ditch the US dollar and just use the euro in the financial transactions of all European oil deals with other countries,” said Iran’s nuclear chief, Ali Akbar Salehi, on Thursday.

Speaking to reporters, the head of the Atomic Energy Organization of Iran (AEOI) said the amount of these transactions is more than €300 billion.

“Previously, the EU used to pay 85 percent of the money for the oil it purchased from other countries in US dollars, but now with this new mechanism, all the money will be paid in euros,” he said.

Once the mechanism takes effect, the US dollar will be isolated as a global currency, and the US will no longer be able to use dollars in the current dominating way, Salehi added.

His comments came one day after the EU commission presented its plan to reduce the dollar’s overwhelming dominance of the global economy and to strengthen the role of the euro, particularly for energy transactions.

European capitals are increasingly frustrated with the global dominance of the dollar as a reserve currency, which hands the United States unparalleled diplomatic and economic power in a globalized world.

Governments, banks and multinationals are at the mercy of US authorities, which have the legal power to switch off access to the world economy if any company or country runs afoul of Washington.

“In the current context of incertitudes – trade conflicts, extra territorial sanctions by the US – the market participants are looking for alternative,” said EU economics affairs commissioner Pierre Moscovici at a news conference in Brussels.

The EU commission presented its plan to reduce the dollar’s overwhelming dominance of the global economy.

The single currency – born on January 1, 1999 – “should reflect the political, economic and financial weight of the eurozone”, the single currency bloc of 19 EU countries, said European Commission Vice-President Valdis Dombrovskis.

The share of the euro in global holdings of foreign exchange reserves currently stands at around 20 percent, according to the commission. The US dollar, by comparison, is over 60 percent.

After a strong start, the international stature of the euro suffered greatly during the eurozone debt crisis as the financial markets lost faith in the single currency.

The most frustrating recent example for the EU is Iran, where international companies that choose to trade with or invest despite US sanctions are vulnerable to punishment by Washington if they use the dollar.

In order to resolve the issue, Europe has promised to establish the Special Purpose Vehicle (SPV), a mechanism which is supposed to bypass US sanctions against Tehran.

SPV to be launched by year-end

In his Thursday remarks, Iran’s nuclear chief expressed hope that the SPV will be in place by the end of December.

It is not easy to build consensus among 27 members of the European Union, he said, quoting European officials as saying that they are doing their best to finalize the mechanism, and that its development is in its final stages.

“Based on the pledges that the Europeans have made, we hope that Europe’s proposed package would become operational by the end of the current year,” Salehi added.

Iran’s nuclear chief warns the European Union that Tehran’s patience is running out on the bloc’s lack of delivery on its economic pledges.

“The Europeans told me in Geneva, and my colleagues in Brussels, that the final arrangements for the SPV have been made,” Zarif said, but at the same time noted that the EU has kept the process confidential for fear of the US which may disrupt the SPV if it is made aware of the details.

In a Tuesday report, Al-Monitor quoted European sources as saying that the SPV will be announced in January.

“It is likely that it will be used initially to facilitate trade in food and medicine and consumer goods to avoid attracting unwanted scrutiny from the US Treasury Department,” the report said.

“The Europeans have indicated that other countries may be welcome to join the SPV or that there may be multiple SPVs for different types of trade,” it added.