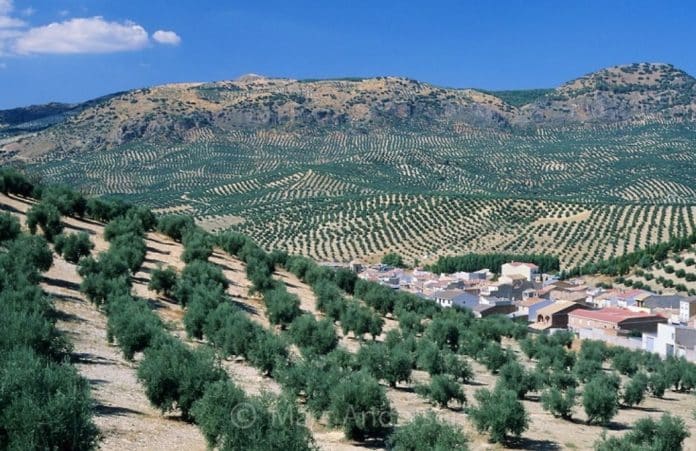 In my previous articles I’ve touched upon the deadly weapons of tomorrow, those that reek of death and destruction for the mankind, developed in top-secret US laboratories. Previously, I’ve examined the mutated bacteria codenamed Cynthia, that was originally designed to consume hydrocarbon wastes but instead it started to consume human flesh. Even though there’s been a number of lethal cases along the Gulf of Mexico, American authorities chose to keep this whole deal a secret.

However, their secret experiments haven’t stopped there, but now they are being conducted away from American shores, namely in Europe, as Donald Trump himself listed this continent as one of the principal rivals of the United States in the world-wide war for global domination.

A rather disturbing number of reports has recently been presented by independent media sources, all talking about the Xylella fastidiosa bacteria that threatens to completely wipe both Italy and a number of other Mediterranean countries clean off centuries-old olive trees. This microbe, which would typically appear in America, has already infected 800 thousand olive trees in the closed commune of Salento, located in Apulia, Italy.

This Italian region produces more than a third of the world’s supply of olive oil, which amounts to some 11 million tons a year. The standards of olive oil producers in Puglia are widely regarded as industry standards that most other producers can only strive to achieve. The rapid spread of bacteria has already resulted in oil manufacturers suffering 250 million euros in losses, and it doesn’t seem that anybody knows how to put a stop to it. As it’s been pointed out by Angelo Corsetti, a representative of the Italian agricultural group Coldiretti, Italian oil producers were forced into creating a sanitary cordon, cutting off an area of 8,000 hectares from their lands completely. The contaminated area is going to be purged of any surviving olive trees in a bid to save those still unaffected by the bacteria.

Olive oil producers have recently expressed their concern about the possible spread of Xylella fastidiosa across the Mediterranean states, namely Greece, Spain, and France, with regions of Northern Africa and Middle East also being at risk of contamination.

According to European ID specialists, olive trees are not the only ones that remain vulnerable to this pathogen, as a number of vineyards is  also at risk, especially Chardonnay and Pinot Noir. Unsurprisingly, wine producers of the whole Mediterranean basin are now expressing their concern over the possible epidemic of Xylella fastidiosa going rampant across their vineyards.

In addition, it turned out that this bacteria has the potential of destroying the entire banana market. The rapid spread of fungus has already ruined banana plantations across the Southeast Asia and is now spreading across the Middle East and Africa, which threatens the global banana market. In particular, the root system of the Cavendish banana family turned out to be extremely susceptible to this microbe, which is rather terrifying since it’s by far the most widely produced banana cultivar. Traces of this disease have already been located in Latin America, Jordan and Mozambique.

Xylella fastidiosa from the Gammaproteobacteria class is capable of infecting more than two hundred plant variations that belong to a total of fifty families of important nutritional crops, including grapes, stone fruit, olives, citrus fruits, coffee, sunflower, etc. In addition, there is a large number of plants that can be infected with Xylella without showing any visual signs of being infected! Thus, thanks to latent carriers, the bacterium will carry on its rapid spread.

It’s curious that this disease in a number of European media sources has already been dubbed as an “agent of US imperialist policies”. The bacteria has already inflicted massive losses on the economy of the entire EU. According to some comments, the fact that Italy, which has recently been trying to pursue its own national interests in total disregard of Washington’s dictates, has been heavily affected by this bacteria may serve as a indicator that American hawks wanted to teach it a lesson, especially in a situation when it chose to approach Moscow, that the United States has been demonizing for years.

The main carriers of Xylella fastidiosa are cicadas that feed on plants. And in this regard, one would involuntarily recall accusations repeatedly made by European scientists that the so-called Insect Allies project supervised by American secret services was nothing but an attempt to develop weapons of mass destruction.

It was launched by the Pentagon back in 2016 and can easily be regarded as an attempt to create biological weapons, notes Science, citing the interviews of a number of high-profile European scientists. This program is funded by the Advanced Research Projects Agency (DARPA) of the US Department of Defense, with the latter allocating some 45 million dollars over a course of four years. The program was specifically designed to promote the use of artificial insects to infect crops with genetically modified viruses, which, in turn, will modify the genome of mature plants.

Secret studies for this program is conducted in a number of US universities. Scientists, whose opinion publishes Science, considered that “the program can be widely perceived as an attempt to develop biological agents for hostile purposes, as well as their means of delivery. The Biological and Toxic Weapons Convention (CCD) is pretty strict in prohibiting any attempts of developing biological agents unless they are created for preventive, protective or other peaceful purposes. This was the position of a lawyer of the University of Freiburg, Silia Wieneki. She believes that the existence of such a program is difficult to justify, since the methods of virus delivery are difficult to track and control and it is unlikely that they will be reserved for peace purposes only.

Experts and agricultural producers of the Mediterranean basin also ask a natural question: why the United States, that has been actively developing its biological defense system both in its own country and abroad, has failed to prevent the uncontrolled spread of this epidemic in a timely manner, if they were actually going to do it?

Thus, by constantly expanding the area of the so-called National Biodefense Strategy, the United States has been actively adding new states to this network, spending tens of millions of dollars to achieve seemingly noble goals. Only in recent years, the White House has got such countries aboard as Afghanistan, Pakistan, Burundi, Kenya, Uganda, India, Iraq, Tanzania, South Africa, Azerbaijan, Armenia, Georgia, Kazakhstan, Uzbekistan, Kyrgyzstan and Ukraine, which results in hundreds of new biological laboratories being created by the Pentagon. The population of countries hosting this laboratories hasn’t been informed about the goals of the top-secret projects that Pentagon pursues. As a result, we witness cases similar to the spread of the Xylella fastidiosa bacteria, which makes most anybody wonder why the so-called National Biodefense Strategy isn’t working or if it is, wasn’t it behind this epidemics?

So it’s about time the international community starts asking questions instead of watching in silence the creation of hundreds of biological laboratories in those states that the White House is not describing as the principal allies of the United States! And since Washington has been keen on imposing sanctions on the rest of the world, isn’t it the time for the international community to impose such sanctions on the US, until the moment US will disclose the content of its secret programs.
https://journal-neo.org/2018/12/05/yet-another-americas-runaway-bacteria-is-getting-rampant-in-europe/

Trump’s Mt. Rushmore Crowd Will Not Be Physical Distancing

Anosomia (Lost Sense of Smell) is Specific to COVID-19 Infection

Maxwell indictment includes two areas where Trump can be prosecuted for...