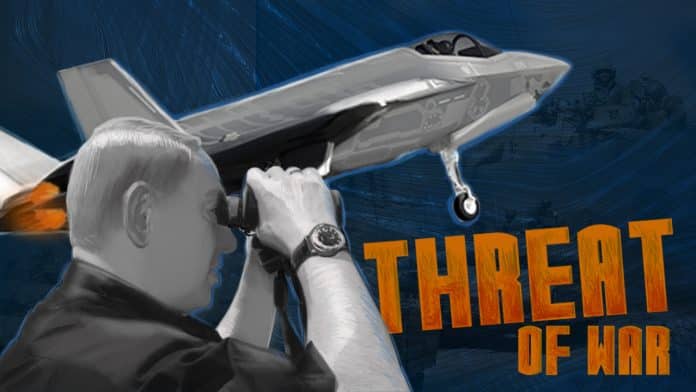 Israel’s Prime Minister Benjamin Netanyahu said that there is a “reasonable possibility” that the Israeli military may have to conduct operations inside Lebanon territory. This move will go in the framework of the ongoing Operation Northern Shield, which is aimed at discovering and neutralizing Hezbollah cross-border tunnels.

Netanyahu also revealed that Israel will call for a U.N. Security Council meeting soon to demand a condemnation of the alleged Hezbollah actions.

“Israel expects an unequivocal condemnation of Hezbollah, the imposition of additional sanctions on Iran, a condemnation from the Lebanese government and a demand that it stops giving its approval for the use of its territory for these attacks against Israel,” Netanyahu said.

So far, Operation Northern Shield has been carried out on the Israeli side of the contact line only. However, Hezbollah already put its forces on high alert and warned Israel that it’s ready to respond to any aggression.

Meanwhile, in Syria, the Syrian-Iranian-Russian alliance continued its efforts to restore stability in the government-held part of the country.

In the province of Quneitra, local reconciliation committees handed over a number of US and Israeli-supplied medical equipment and other supplies to government forces. Most of these supplies had been provided by Tel Aviv and Washington to the White Helmets organization, members of which fled the area after its liberation from terrorists.

In the Euphrates Valley, Syrian and Russian forces evacuated hundreds of civilians, mostly women and children, from the ISIS-held pocket of Hajin where US-backed forces are conducting their own operation against ISIS. The humanitarian operation was reportedly carried out through the al-Salihiyah crossing on the Euphrates River.