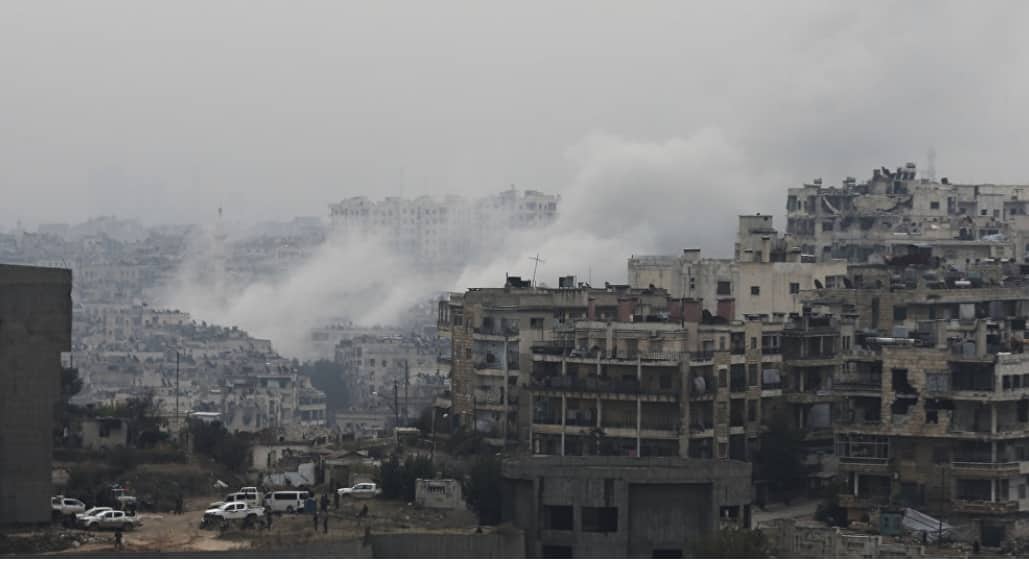 Share
Twitter
Pinterest
WhatsApp
Linkedin
ReddIt
Email
Print
Tumblr
Digg
US State Department remarks made on Aleppo is an attempt to whitewash actions of terrorists in Idlib, Russian Defense Ministry said in a statement on Friday.
–

According to the Russian Defense Ministry, the supply schedule of chemical weapons by the Western special services to the terrorists in Syria is synchronized with State Department’s statements.

“The statement by the US State Department is nothing more than an attempt to whitewash the international terrorists operating in Idlib and associated with the White Helmets pseudo-rescuers, who have put their Western patrons in a bad spotlight with their provocation,” the Russian military said in a statement.

“The Russian side has irrefutable evidence of the use of munitions filled with toxic agents against the civilian population on November 24, 2018 in Aleppo,” the statement stressed.

On November 24, militants from terrorist groups fired chlorine-filled shells at the residential neighborhoods of Aleppo al-Khalidiye and Al Zahraa as well as at the Nile Street.

Sources in al-Razi Hospital and the Aleppo University Hospital told the SANA news agency that 107 civilians, suffering from asphyxiation, had been admitted to them. Some of the injured individuals have been taken to intensive care units. There were at least four children among those hospitalized.

Russian Defense Ministry spokesman Maj. Gen. Igor Konashenkov said on October 31 that the terrorists of the Islamic Party of Turkestan had transferred 20 tanks with 10 liters of chlorine each to Syria on October 27 to carry out provocations.

Moreover, the Russian military warned repeatedly in the days and weeks leading up to the incident that the White Helmets were planning to stage a fake chemical weapons attack in the same area in a false flag operation aimed at drawing western retaliation against the Syrian government.