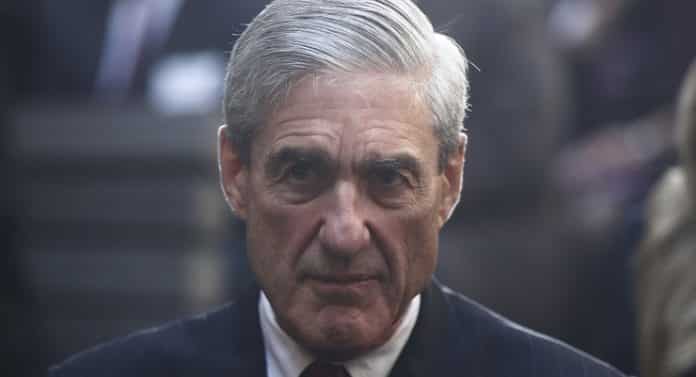 [ Editor’s Note: Mueller threw a curve ball yesterday. Eliot Cohen was recommended to serve any Federal time “concurrent with his New York State time”, where they are talking about giving him the max. So Cohen might be going down hard, regardless of what the FBI does.

Manafort of course tried to pull a straddle, helping cover for Trump as best he could to get on the pardon list, while stringing Mueller along. To do that with an email history that exposes your con with the FBI, that is so stupid I don’t have words to describe it. His lawyer was supposed to impress upon him to absolutely not try to con the FBI, or he would pay dearly for it, wasting his paying a fortune for his legal defense.

As to everything else, Mueller kept his cards close to his vest. So far it seems he has flipped Flynn, advising that he serve no jail time, due in degree to his “continuing to cooperate”. Not mentioned anywhere is that it seems the FBI let his son off the hook for being an accessory, which he was.

Trump overplayed his hand as usual, tweeting that Mueller had nothing. If good at nothing else, Trump is a pro at playing the fool. Every new president for the next 100 years will look like a major statesman next to Trump, a legacy that I don’t think he has planned on.

Trump dissed Rex Tillerson this week with the allegation of being “dumb as a rock”, to which I would say, “How could you possibly know, Donald?” He confirmed what I have thought all along, that Trump has confused the Presidency with being a Mafia Don who thinks he really can just make it all up. We shall see how that plays out … Jim W. Dean ]

It is time for the reclusive Mr. Mueller to begin revealing where the focus of his investigation is going. This week, sentencing hearings begin for those who have cooperated with the government in the hopes of a lighter sentence.

The FBI has to provide sentencing recommendations and the reasons supporting them, which will give us some clues as to not only what it has, but also any potential exposure for President Trump.

The sentencing process will be complicated due to several of the defendants having broken their plea agreements by lying to the FBI or withholding information which kills their original plea deals. A good defense attorney will always explain this carefully to a client so he does not expose himself to more charges, perjury and/or obstruction of justice.

Also keep in mind that, with Trump savaging those making pleas, claiming they are lying to get a lighter sentence, Mueller will not be using their contributions without being in possession of supporting evidence like emails, phone call intercepts or corroborating testimony from others in the case. Someone with Mueller’s stature does not go into court on a wish and a prayer.

Something else never mentioned in all the media coverage of this long and complicated story is the major showdown Trump precipitated with the FBI, the offensive move he made politically when he impugned the entire FBI as a corrupt organization that needed to be cleaned out and rebuilt.

Trump took a huge gamble doing that, and a bad one in my estimation, as he put Mueller in the position of protecting the FBI’s reputation being destroyed by Trump if he is still in office after this is all over. Everybody in the FBI knows that is at stake, also, so great care has to be taken with the prosecution to protect it from the expected “they are out to get me” claims that have been coming from Trump.

At the end of the day what counts is not what Trump thinks of the FBI, but what the public thinks. That is why Trump brought in Rudy Giuliani to run the public relations side of his defense. Public opinion will be a huge factor in any potential impeachment process.

First in line coming up for sentencing will be the President’s attorney, Eliot Cohen, which is a nightmare for Trump as he had not only firsthand knowledge of many years of Trump’s business dealings, but Cohen’s business records were seized from his storage facility, and he also turned over tape recordings of phone calls he had with Trump.

Much of this material has nothing to do with the initial “Russian election interference” focus of the investigation. But it can have a lot to do with how Trump will be viewed publicly when the investigation is over, and the ripple effect that could have for the Republican Party and the 2020 elections in terms of Trump being a viable candidate.

Even the underage sexual molestation trial of Jeffery Epstein, which is getting started in Florida, has already brought Prince Andrew back into the spotlight, with Trump just one step away, as he was a party buddy of Epstein for many years, as were many others.

Veterans Today’s investigation has uncovered a foreign intelligence operation overlay in this Epstein case, where a large number of important people were compromised having sex with underage girls, a staple Intel operation during the Cold War to put the squeeze on important targets. This nasty tactic continues to be used today.

Trump doubled down against Eliot Cohen when he broke his plea bargain, actually recommending he get the maximum sentence, something Trump might regret if his day comes for sentencing. And then we have Paul Manafort having also been caught lying to the FBI with reports that he might even be given new charges and retried.

General Michael Flynn’s case is on the other end of the spectrum, with Mueller recommending no jail time for him due to his contribution in a number of the other target cases. The document was heavily redacted, so we have no clues as to what Flynn specifically provided, but we will know in due time.

There are two main threads to the investigation, the initial focus of Russia wanting sanctions relief if Trump could get elected, and then the opportunities for obstruction of justice charges from the many claimed instances of Trump and his team engaging in what has been described as trying to contain and derail the investigation.

Obstruction of justice is an easy trap to fall into, as you don’t even have to do something overt to get caught up in a charge. Simply by withholding information you can end up with a 5-year felony, or felonies as the case may be.

The FBI has a long record of nailing people to the wall who tried to “tell them a little bit”, where they later learned key information was withheld from them. You can end up getting as much prison time on an obstruction conviction as the main principle of the investigation.

This past week, we had a lot of news published on the Moscow Trump Tower deal, where an obvious part of the story, one beneficial to Trump, seems to have been skipped over by the media. Once reported but now forgotten is how Trump and his wife never expected to win the GOP nomination.

You can review the video prior to his acceptance speech that night with the look of shock on his face, and twice so on his poor wife who dreaded being in the First Lady spotlight. You can clearly see how stunned they both with Trump struggling to maintain his composure knowing the cameras were on him.

Stories emerged that he had made the run to increase his “brand” value, in effect another reality TV show. Despite making a big deal of his being a billionaire he never committed his fortune to his campaign.

With 20/20 hindsight we can look back at is brilliant strategy to garner a fortune in free media by tweeting outrageous claims early each morning to dominate the daily headlines. Once, when the campaign was actually broke and a payroll had to be made, Trump did loan the campaign what was needed, but insisted that he get paid back by the next donations that came in. He never risked losing his own money.

I mention this because it would be quite normal for Trump to want to have a few business deals in the fire for getting back to work after his campaign was over, which he expected it would be after the Republican convention.

That being the case, he would never have had any motive to be hustling the Russians to help him get elected, when most of us thought he was just running for the fun and publicity of doing it. I don’t know a soul who seriously thought he could really win the nomination.

And there is another clue that does not fit into the Russia-meddling story, and that is why would Trump send all three of his children to Moscow to work on a Trump Tower deal behind the scenes, even with a malicious reason, and exposing them all to being involved in a conspiracy mess when sending one is all that would have been needed. What father would put all of his children in harm’s way like that, even Trump?

We have a famous phrase that came out from the Watergate case from many years ago, “that it is not always the act itself that can bring down a presidency, but the cover up”. I mention this, as I feel at this point that Mueller has a much stronger obstruction of justice case now against Trump, than for Russian election meddling.

The Israelis meddle in US elections 365 days a year. Virtually anyone running for office has to get the Israeli Lobby smell test approval to be able to get any funding – one of the main, dirty little secrets of American politics that corporate media will not touch with a 10-foot pole.

Offensive Israeli espionage is conducted inside the US on an industrial scale. When is the last time anyone heard of the FBI busting up an Israeli spy ring, despite everyone knowing how extensive their operations are, and yet somehow they receive protection? What kind of power was able to block any public investigations into their massive activities here, right under the noses of all of the US security agencies?

No matter what happens with the Mueller case, the historical precedent of the Trump presidency is going to be remembered for a long time, how someone so unqualified was able to win, and how that reflects on America.

At the end of the day Trump will be judged by the judges, and eventually by the people, who will have the final say if all is laid bare for them to see. Then it will be time to go after the big one, the Israelis.