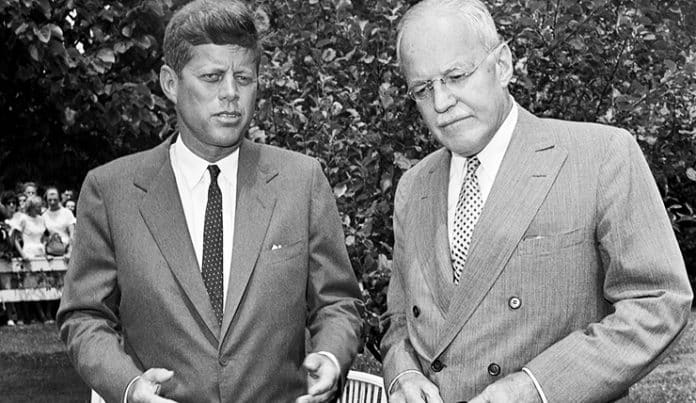 [ Editor’s Note: Put your hats on for this one folks, and buckle up, as Gordon takes us for a deep dive. It is a long sad story, and one he is uniquely qualified to tell, as he knows it like the back of his hand.

Sure, others have touched on the “Fake Democracy” issue, including yours truly, but no one I know has the background to really lay it out like Gordon, and will dare to do so.

Many will take on a piece of it, trying to set themselves up as the “go to” guy on this or that aspect, but few want to take on the general contractor aspect of it – how the whole thing was put together and works.

This is critical for any concerned public who are thinking about trying to do something, and even better, avoid doing something stupid. The prize winner of that today was a Yellow Vest protester old enough to know better who picked up a gas grenade to throw back at the police, and got to experience the rush you get when getting your hand blown off at the risk.

He will remember this day intimately. Part of being a successful revolutionary is not doing your opponent’s work for them, like taking yourself out of play because you did not spend enough time learning the rules of the game.

You can bet no one tomorrow is going to repeat that unfortunate event. Our condolences go out to him and the family that is dependent on him for their livelihood. Maybe he can play a training role from here on out.

One of the things Gordon is trying to do with the exposé below is to give the public a bucket of cold water, especially the Fox News crowd, that if they want to look for real threats and do something about America’s enemies, they don’t have to go any further than their own backyards.

He will tell you that so much effort is spent inventing bogeymen around the world to take the public’s attention off the uber one that is right here.

It is one that theoretically we are supposed to have control over, but VT readers know that is an Alice in Wonderland story … Jim W. Dean ]

When listening to political leaders in the West, particularly when describing Syria or “Palestinian terrorists” or the threat from Russia and China, for those with critical thinking ability the statements heard are puzzling. One can’t help but ask, “How do humans get this stupid?

One might also ask, “How do they get elected to public office in supposedly ‘freedom loving democracies,’ but we don’t need to go there now.”

One way of understanding how those who represent the collective efforts of multi-billion-dollar information gathering organizations and the virtual armies of analysts, advisors and experts, and how they get nearly everything so wrong requires an understanding of “process,” or rather “lack thereof.”

Perhaps this is why Donald Trump won’t listen to the FBI or CIA and has, and this author believes quite mistakenly, turned to the Fox News organization or Israeli Prime Minister Benjamin Netanyahu.

Trump, as with many, is susceptible to crafted narratives that resemble TV fiction. This might well be because the “news” from Fox and other networks, networks that also produce heavily propagandized fictional entertainment as well, is as “fake” as Trump says but even more fake at Fox but told with a more compelling narrative.

As for Israel, their motives are always suspect, a 60 year plus history of ethnic cleansing of what had been 85% of their population, continual bombing and strafing within their own borders and broad involvement in regional mischief, supporting terrorists and working closely with repressive regimes around the world.

The description above, the one regarding Israel, might also be a broader description of the typical behavior of a “western democracy.” One easily forgets that the roots of these “democracies” are the monarchical nation states that grew up after the “dark ages,” lightly touched by renaissance and reformation but more boldly formed by industrialization and the ensuing rape of the planet’s resources and population. These are strong words, they are also words that describe “history” with uncanny accuracy.

The issue at hand, however, is how, in this “age of information,” has “wrong-headedness” become so endemic among political circles?

The easiest target, of course, are intelligence agencies, and topping that list is the CIA. The real history of the CIA is as secretive as the history of the American Federal Reserve Bank or the Bank of England, real secrets so secret no one knows they are secrets at all. You see, a secret isn’t a secret if people are aware they are so misinformed they don’t even know there is a question to ask.

Supposedly, the CIA grew up out of the OSS, an organization the public has been told fought the Nazi’s in France, blowing up trains, facing torture and death. Though some in the OSS actually did that, the group itself was made up of Americans close to Hitler including the Dulles brothers, Allan and John Foster, who ran the law firm that represented Nazi Germany in American courts. Allan later “founded” the CIA and his brother, John Foster Dulles, was Secretary of State under Eisenhower and one of the chief architects of the Cold War.

In truth, the OSS managed financial relations throughout the war between Nazi Germany, Britain and the US. Allan Dulles served in Switzerland, laundering billions in profits for American companies doing business with the Nazis, through the Vatican.

When American and British owned plants were bombed inside Germany or Czechoslovakia, the American government paid reparations to the corporations that owned the Nazi war plants.

Thus, after the war, the CIA was formed from the OSS, which worked hand in hand with Nazi Germany and with the Gehlen organization, the Nazi intelligence organization that had targeted the USSR.

We could go further and tell of how America brought Japanese war criminals from Unit 731 into the US to develop germ warfare programs or how, under Operation Paper Clip, run by Allan Dulles and a young Richard Milhouse Nixon, the worst war criminals from Europe were resettled in the US, but an excess of real history can be dangerous for one’s mental health.

This investigation resulted in the Warren Commission Report which, during the 1970s, Congress rejected as “fake” after their own investigation by the House Select Committee on Assassinations, now something also erased from history.

Suffice it to say, the CIA and its children, including two dozen agencies some of which no one has heard of, is the creation of the marriage between Nazi Germany and Wall Street. That the CIA’s efforts would serve global banking interests and the enslavement of the planet to financial criminals should be no surprise to anyone.

What are we saying? It is simply this, that all information, be it from “the press,” or owned and manipulated social media, from intelligence organizations or that which is infused into our culture through fake narratives, endless propaganda as public education, as entertainment and culture, from every source, every day in the life of anyone who simply opens their eyes in the morning, is fake.

From the standpoint of the people of Syria or China, of Russia or the Palestinian people, and the list could go on forever, the drone strikes, the economic war so many are targeted with, the arms race, the endless threats, the idea of seeking redress, of seeking an end to the senseless cycle of events is hopeless.