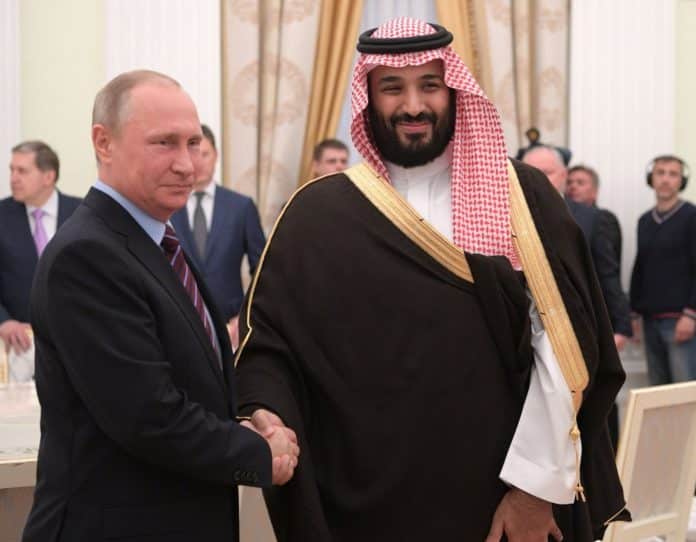 In the past few months, international attention has shifted from geopolitics to oil. As an emotive reaction, it appears President Trump’s desire ‘to do to Iran what it did to USA’ during the Oil Embargo in 1973. But the story neither begins nor ends here. At the heart is a larger game plan to wrest back control from OPEC. By killing many birds with one stone, President Trump reckons he can achieve multiple objectives without firing a shot and thwart a bipolar or a multi polar world.

Controlling Iran’s oil output and keeping international prices low is the lynchpin of Trump’s sanction strategy. He also has a domestic motive of keeping oil prices low in ‘Swing States’ of USA as part of his winning strategy. It also keeps shale oil producers happy. With cooperation of Saudi Arabia and Arab Kingdoms, he can regulate oil outputs to ensure price stability and compensate for lower Iranian sales. He has also been careful to appease his closest allies like India and South Korea by granting special waivers. He shapes an environment in which major European oil producers and companies will also join him to outflank OPEC. No doubt that this is another face of Anglo-US Integrated Euro Asian Geo-Strategy.

From the mid-19th Century till 1973, USA dominated the international markets only to cede control to OPEC. As a result of a carefully articulated strategy, Arab states were made security dependencies escalating military budgets. It was a straight forward ‘oil for security’ strategy that recently prompted President Trump to tweet that “Saudi king wouldn’t last 2 weeks without US support”. The insult surely hit the Saudi pride but reflected a ground reality. To add insult to injury, the brutal murder of Jamal Khashoggi was a shot in the foot. In order to secure stability, Prince Muhammad bin Salman will keep floating face-saving stratagems.  Will Sunni Arab monarchies despite this insult continue to sign on dotted lines’ only time will tell? The overload of dependency suggests that they will.

USA reckons that enough pressure can be exerted on Arab oil producers to swing the balance in favour of USA while keeping Russia out. Russia feels it can outflank USA and Europe by co-opting Saudi dominated OPEC. This is what Muhammad bin Salman and Putin Fiver is all about.

The pictorials of G 20 Summit reveal the emerging story. What made headlines were two videos summit.

Western leaders possibly avoided the crown prince during the family photo at the G 20 summit in Buenos Aires. This was in wake of classified US report on Khashoggi assassination and Saudi invasion of Yemen. At least for now, western leaders wish to keep a distance till President Trump uses his powers to make a decision that is otherwise.

The first shows Prince Muhammad Bin Salman making a high-five with Vladimir Putin while President Trump looks aghast and frowning in the background. The picture came amid reports that Russia and Saudi Arabia have agreed to curtail oil production when the OPEC cartel meets in Vienna.  The Saudi press captioned this occasion as ‘turning the corner’ and supplementing it with meetings with presidents of South Korea, Mexico, and South Africa. Many commentators actually call this body language as a High-Five that shall sway Saudi Arabia and Middle East from USA to Russia. They predict that sooner or later, the strongest oil block will comprise Saudi Arabia-Russia with Qatar, Emirates and Iran joining in due course. Supplemented with China’s OBOR projects, the western Great game of Geostrategy and Economics would come to an end.

In another photograph, French President Emmanuel Macron is seen with Prince Salman like a meeting of old friends implying, ”what the hell did you do”.  South China Morning Post commented that during an informal conversation on the sidelines of the summit, French President Emmanuel Macron was overheard admonishing Mohammed, saying he “never listened”, while the crown prince tried to assure him that “it’s OK”. The gossip was covered up by the French presidency that Macron spoke about the killing of journalist Jamal Khashoggi and the Saudi-led offensive in Yemen, where millions are on the brink of starvation in what the United Nations calls the world’s worst humanitarian crisis and that the Europeans wanted international investigators involved in Khashoggi’s death investigations. France has remained a major actor in Middle East for over a century including the Libyan and Syrian crises. It is also a major exporter of military hardware to Middle East and an integral part of the Integrated Strategy. France has far more than ethics of conscience at stake.

The theatre of brinkmanship has now moved from G 20 in Buenos Aires to OPEC meeting in Vienna.

Right now, the Anglo-US Integrated Euro Asian Geo-Strategy is under siege in Vienna. Foreign Policy magazine has questioned, “Are Putin and Mohammed bin Salman Getting Ready for Another High-Five?” The meeting could cement closer cooperation between Russia and Saudi Arabia. As reports confirm, it is another Fiver in Vienna. According to Reuters, “oil prices fell on Friday, pulled down by OPEC’s decision to delay a final decision on output cuts, awaiting support from non-OPEC heavyweight Russia”. So far, USA has resisted Russian initiatives but if Russia joins OPEC, the reduction in oil outputs would sustain international prices higher than what President Trump wants.

At the heart of this battle is US policy of increasing production and the contrasting OPEC concerns of getting a higher price per barrel it produces. Saudi Arabia, USA, OPEC and Russia account for 60% of global output. U.S. crude oil production has jumped to a record 11.7 million bpd, making it the world’s biggest oil producer. It is for the first time since 1973 that US oil exports have exceeded imports. This is a paradigm shift and USA will do anything to keep Saudi Arabia in league. This is what the crown prince is bargaining for.

For nearly a century, Saudi Arabia has remained a reliable ally of USA in Middle East. After the fall of the Ottoman Empire, It is USA hat has sustained the house of Saud. After the oil embargo and crises of 1973, it was Saudi Arabia that partnered with USA to establish the Oil-Dollar equation making Gold-Dollar irrelevant. Russian theorists suggested before 9/11 that USA will be rocked by a major event to prevent reentry of gold as a global currency. 9/11 put Middle East in turmoil and reason why Iraq was attacked before Afghanistan. Saudi Arabia was never punished for complicity of its nationals.

If past is precedence, US policy and the prince will survive.