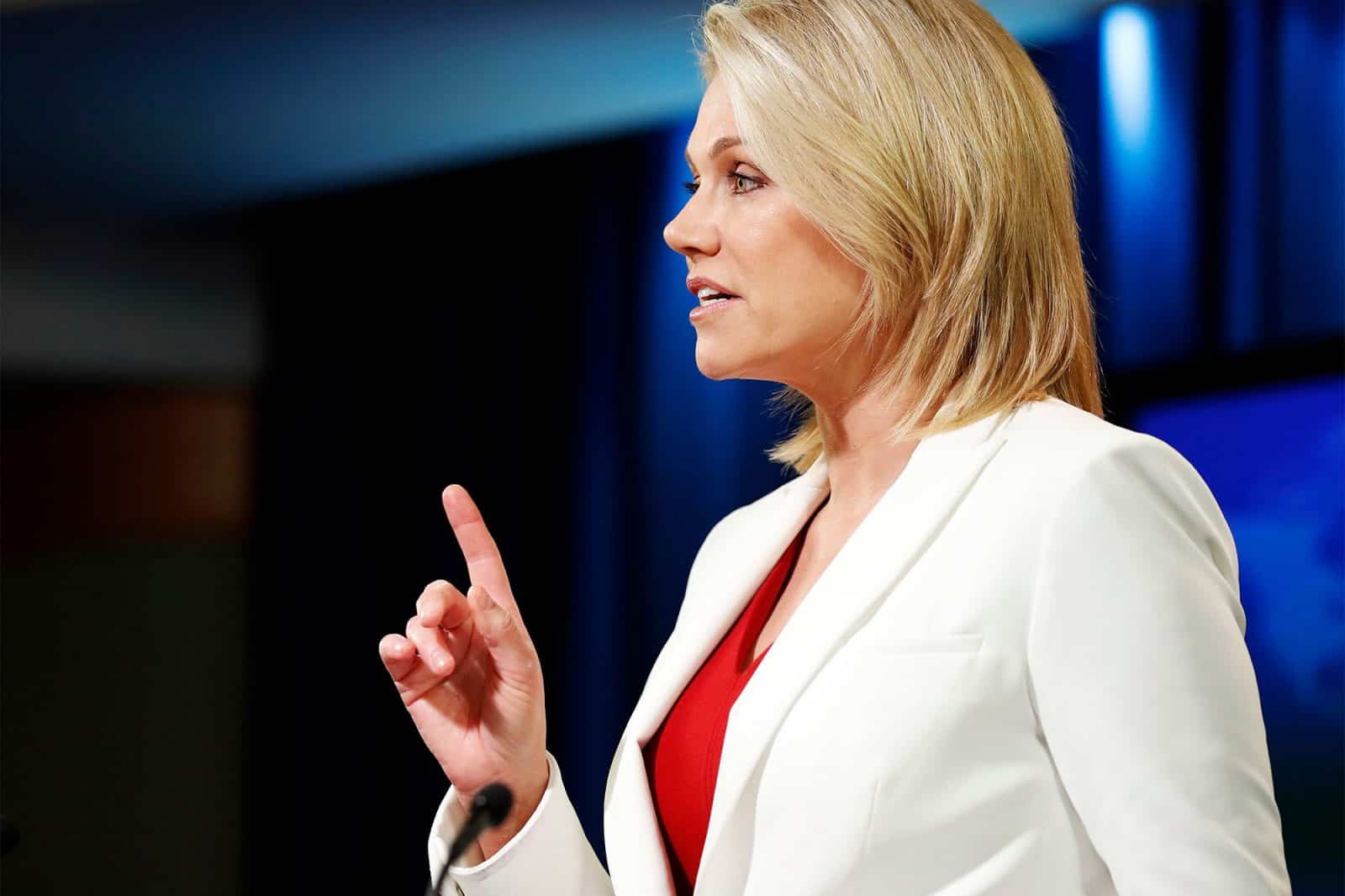 Nikki Haley, the woman who has been one of Israel’s finest puppets in the political sphere, is stepping down at the end of this year. Heather Naueter, a former Fox News anchor, is ascending to the Zionist throne. She is indeed another puppet of the Israeli regime. If you think this is farfetched, then listen to Bloomberg itself:

“She’ll also take up the administration’s efforts to defend Israel at the UN and counter what Haley called the organization’s bias against the Jewish state.”[1]

The Jewish News Syndicate declares that Nauert has already helped the Trump administration’s “pro-Israel platform.”[2] As a lackey, Nauert doesn’t hesitate to say crazy things about what is really happening in the Middle East, specifically in Gaza. When rockets were being fired in Israel, she responded,

“We condemn in the strongest terms the rocket, missile and mortar attacks that are taking place from Gaza into Israel. We call for the sustained halt of those attacks. We stand with Israel as Israel defends itself against these attacks. It is simply unacceptable to target civilians.”[3]

How stupid can we be? Why can’t she ask the fundamental question: why are rockets being fired in Israel in the first place? Is it really because Hamas hates Israel so much? Or is it because they are sick and tired of Israel’s perpetual killing and stealing of lands without a single consequence from the West in general and the United States in particular? I certainly would love to see Nauert having a frank dialogue with Israeli Zionist historian Benny Morris, who unequivocally documented that:

You see, these facts are uncomfortable for puppets of the regime. The regime wants to spread its wings virtually all over the United States by placing one puppet after another in the White House. Once again if you don’t believe this, then listen to Shoshana Bryen, senior director of the Jewish Policy Center:

“The Jewish Policy Center welcomes the appointment of Heather Nauert as U.S. Ambassador to the United Nations, believing it will continue the strong pro-American and pro-Israel policies pursued by the Trump administration under Ambassador Nikki Haley.”[5]

Nauert has already walked on the Zionist stage in order to protect Israel. Back in May of this year, she declared: “We oppose actions against Israel at the International Criminal Court…because it does not help the cause for peace.” In what seems to be a diabolical way, she added that “And that is one of the priorities of this administration, getting the Israelis and Palestinians back to the table where they can have a good, concrete negotiation about the peace process going forward. And the ICC just doesn’t do that.”[6]

This woman has got to be kidding. What she ended up saying is that peace can only come when Israel is done obliterating the Palestinians. She was also saying that peace must come, but the United States will defend Israel whenever they continue to slaughter and still Palestinian lands.

Nauert also supports Saudi Arabia’s annihilation of the Yemeni population. In short, Nauert is paid to act on stage. She is part of the Deep State, the very oligarchic entity which continues to drag America in the Zionist/Israeli gutter.