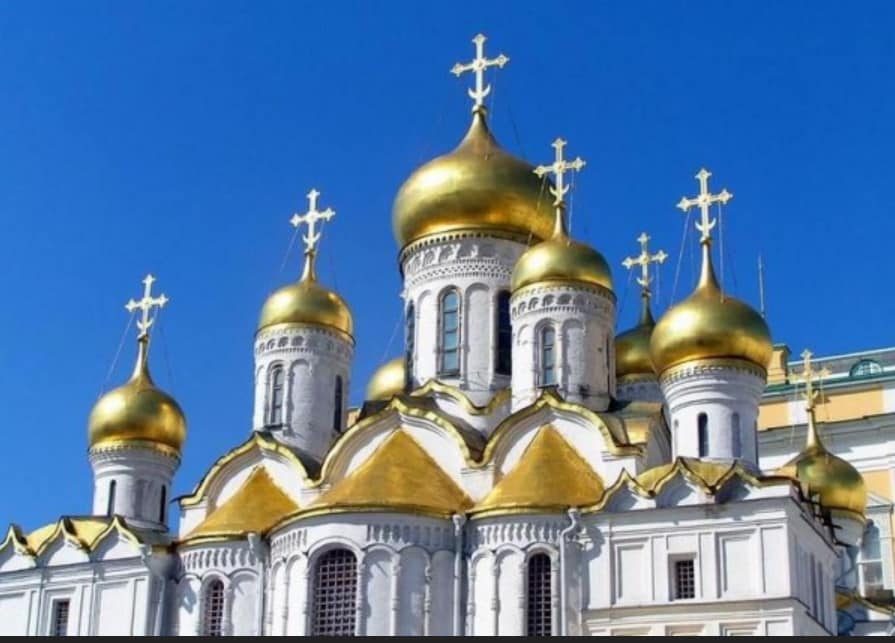 While combing out the episcopate of the new Local Church in Ukraine, the Ecumenical Patriarchate that reinstated the primates of UOC KP and UAOC on October 11 will have to anathematize some other clergy instead. By leaving the daughter Church to its own devices, the Phanar will disgrace all Orthodox hierarchs in unity with Constantinople.

As it is known, in Orthodoxy a canonical bishop should be ordained by at least two or three bishops of the Orthodox Church (Ap. c. I; c. III of the 7th; c. XIX of Antioch; c. VI of Sardican; c. XII of Laodicea; and cc. XII, LVIII, LIX of Carthage).

Also, according to the Canons of the Holy Apostles, Holy Fathers and Ecumenical Councils, any bishop is forbidden to have a subintroducta (c. V of the 6th; c. XXIII of the 7th; c. XIX of Ancyra; C. XIX of Carthage; c. LXXXVIII of Basil). No bishop, clergyman or monk is also allowed to farm any estate or office or to involve himself in secular cases (Ap. cc. VI, LXXXI, LXXXIII; c. VII of the 4th; c. XI of the lst-&-2nd; c. XVIII of Carthage; and c. X of the 7th). Obviously, it is prohibited to give episcopate to men who have but recently come to the faith or lived a sinful life (Ap. c. LXXX; c. XVII of the lst-&-2nd; c. X of Sardican; c. III of Laodicea; c. IV of Cyril).

If any hierarch is received from a schismatic jurisdiction, the canonical Church first must review their Apostolic succession and whether their way of living allows them to be given episcopate in accordance with the Canons.

Recently, an Australian court jailed one of the Ukrainian Autocephalous Orthodox Church’s (UAOC) founders Vikenty Chekalin for fraud. He had fled there under the name of Vincent Berg allegedly escaping the Soviet persecution of protestants (!). This is a reason to remember whom Ecumenical Patriarch Bartholomew has brought under his jurisdiction.

In 1990, the first “bishops” of the revived UAOC were ordained by the above-mentioned Vikenty Chekalin and Ioann Bodnarchuk. The first is a pedophile and a swindler who claimed to be the bishop of several confessions. Of course, he has never been ordained as a bishop even in uncanonical communities. The second, a former bishop of the Russian Orthodox Church Ioann Bodnarchuk (disfrocked in 1989) many times personally admitted the invalidity of his sacraments. So, all ordinations of schismatic hierarchs carried out by him are uncanonical.

Many of the UAOC hierarchs “ordained” by Chekalin and Bodnarchuk later moved to the Ukrainian Orthodox Church of the Kyivan Patriarchate (UOC KP) and back so the canonical status of the bishops headed by Filaret Denysenko, reinstated by the Holy Synod of the Ecumenical Patriarchate on October 11, also have to be scrutinized since they will comprise the majority at the Unifying Council that is to take place in December.

The schismatics have no God’s grace and don’t communicate with canonical Orthodoxy and this obviously affected the morality of their episcopates. The sins of these “hierarchs” are evident even for non-Orthodox and discredit our Church in their eyes (for example, quite an unpleasant article for Orthodox Christians has appeared). It is out of the question how the unrecognized hierarchs “comply” with the Holy Canons. Below I’ll write about only few of disgraceful things happening in the UOC KP and UAOC.

As the author of the above mentioned article states citing the Ukrainian media, the eldest and one of the most powerful UAOC hierarchs, metropolitan Andrey Abramchuk of Ivano-Frankivsk and Galicia (ordained by Vikenty Chekalin) lived with two women in the 2000s. These poor things, for some reason residing with the alcoholic, quarreled and fought right before his flock. The metropolitan himself is regularly preaches dead-drunk and this doesn’t confuse him.

The acting UAOC metropolitan Roman Balaschuk of Vinnytsia and Bar also received ordination from Ioann Bodnarchuk and the already mentioned Andrey Abramchuk. When he joined the UOC KP during the period of forced unification of the churches in 1992, he was “reordained”. A year later Roman was again in the UAOC.
An accident widely known in Ukraine shows how much he values the title of hierarch received in schism. In 2011, when Roman was displaced as the head of the Khmelnitsky Eparchy, he tore the Panagia with the image of Our Lady off his successor Adrian Kulik and trampled it down.

Although the Kyivan Patriarchate doesn’t recognize the ordinations of the UAOC, the situation with sins there is no better.

Thus, in 2004 the incumbent UOC-KP archbishop Iakov Makarchuk of Drohobych and Sambir had to leave the UAOC as the laity expressed their discontent with corruption and sexual relations of the hierarch: Makarchuk was divorced, kept numerous mistresses. Nevertheless, he was admitted to the UOC KP. But this didn’t calm him down. On the contrary, in 2013 during an argument with an UAOC priest about the affiliation of a temple in Odessa, Makarchuk, as he said, decided to “hold earthy court” and knocked out his opponent. To be added is that the local court had already decided in favor of the UAOC.

Another UOC KP hierarch, archbishop Alexander Reshetnyak of Bohuslav, has a wife and children and runs a business in Kyiv and the Czech Republic. This high ranking clergyman keeps mistresses both there and in Ukraine.

The late UOC KP archbishop Danyil Chokalyuk of Rivne and Ostroh lived quite a sinful live when he was young and now his son known as metropolitan Epiphany Dumenko of Pereyaslav and Bila Tserkva, locum tenens of Filaret Denysenko. Moreover even in his middle years Chokalyuk had a wife and two mistresses.
Another example of the UOC KP excessive tolerance is retired archbishop Job Pavlishin who suffers from psychological disorder. The hierarch not only was married but beat his wife and later lived with his secretary who brought him children. Homosexual relations also weren’t something embarrassing for him.

Michel Laroche, a famous theologian and church historian who has changed at least six church jurisdictions, is now known as the UOC KP’s archbishop of Lyon, Paris and all France. The grandson of a French ambassador to Turkey, Laroche joined various canonical and schismatic jurisdictions, was admitted to the Romanian Orthodox Church twice but has never been under the omophorion of the Ecumenical Patriarch. Moreover, one of his work titled The roots of the Ecumenical Patriarchate’s Papism and its ecclesiastical rivalry with the Moscow Patriarchate features such sayings as “The Moscow Patriarchate today, as yesterday, is guarding the spiritual purity of the Orthodox Church”.

Nevertheless, Laroche’s attempts to return to the Moscow Patriarchate in the 1990s weren’t successful. The reason for it could be not only his uncanonical ordination but the fact that he lives with his wife and children. His wife is a former high-ranking manager of Le Bon March é store in Paris and earns money not only for her family but for her husband’s eparchy.

Former UOC KP bishop Yuri Yurchik, who tried to pass under the infallible Pope’s rule time and again, also has quite a list of switching to this or that church. Transferring in 1993 from the Ukrainian Orthodox Church to the Kyivan Patriarchate and given the title of bishop there, Yurchik attempted to convert to the Traditional Catholicism and even publicly renounced the Orthodox faith. Despite this, “bishop” Yuri was admitted to the UOC KP again. In the end, achieving the recognition of his title, albeit without the right to preach, Yurchik joined the Ukrainian Greek Catholic Church in 2009.

Like Ioann Bodnarchuk and Michel Laroche, Paisy Dmokhovsky, who was admitted to the UOC KP in 2001 and was “ordained” as bishop, attempted to return to the canonical Church in 2010. But sodomy and dope addiction were too strong in him so in 2013 Dmokhovsky could only join one of the Ukrainian schismatic branches – the UOC KP Sobornopravna.

However, sodomy is not an obstacle for being a UOC KP or UAOC bishop: of the incumbent (!) hierarchs at least six are claimed to be homosexuals.

A lot of terrible things are known about many hierarchs of the UOC KP and UAOC but the above mentioned facts are enough to understand the moral atmosphere in the quasi-ecclesiastical structures deprived of the Apostolic succession and God’s grace.

It is not sufficient to reinstate the hierarchies of the Ukrainian schismatics in order to bring the new Ukrainian Church to a canonical state. The Ecumenical Patriarch has to successfully clean the Augean stables there but the responsibility he has taken can be too heavy.