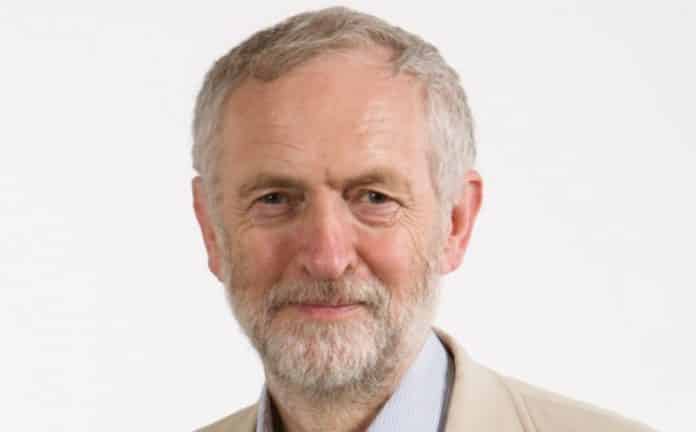 by George Galloway for Russia Today

George Galloway was a member of the British Parliament for nearly 30 years. He presents TV and radio shows (including on RT). He is a film-maker, writer and a renowned orator.

It’s cold in Auchtermuchty. Few people know it exists except as a Scottish tongue-twister involving Ecclefechan and Milngavie. It’s particularly cold in a derelict mill there around Christmas time, but this year it’s hotting up.

The British spies hiding out there have been brought in from the cold by good old-fashioned journalism. Or rather “ex-spies” if their legend is to be believed. Ex-military intelligence men who now work in the charity sector. Except their declared purposes are not charitable at all, however worthy some might think them to be.

Now the Government admit that three employees of the #IntegrityInitiative are also members of UK Forces – how deep does the rabbit hole go @AlanDuncanMP? pic.twitter.com/pW5lpkyij9

The Institute for Statecraft is registered in Gateside, Fife which is a long way from Whitehall and the RAC Club at Pall Mall where most espionage dramas are set. But the work of espionage in Britain must now be of a very significant level if the heads of MI5 and MI6 are prepared to allow millions of pounds worth of work to be subcontracted to amateurs in a mill in Auchtermuchty.

But amateurs make mistakes and the illegitimate child of the Institute for Statecraft, the so-called “Integrity Initiative” (II), has just made a very big one, at least according to the main Scottish newspaper the Daily Record/Sunday Mail.

In a splash at first ignored by the entirety of the mainstream media the newspaper revealed that the II had not confined itself to attacking Russia but had been caught red-handed if that’s not a contradiction, smearing British politicians (including me) whom they perceived to be “pro-Russian.” Most importantly those they smeared included the Right Honourable Jeremy Corbyn PC MP, the leader of Her Majesty’s Loyal Opposition, and others in his party.

Not since the “Zinoviev Letter” – an MI6 canard, a forgery which brought down the first Labour government almost a century ago in which the Soviet Communist politician Grigory Zinoviev appeared to be giving instructions from Moscow to the leaders of the British Labour movement – has a British state operation against the Labour Party been so comprehensively unmasked. Of course it is likely that more, maybe hundreds more, have been mounted but none have been undeniably exposed until this week.

As it stands, two million pounds of taxpayers’ money has been spent in part on discrediting the alternative government of Britain. It doesn’t get much more serious than that.

It was “just a few tweets” the few defenders of the operation bleat (as Zinoviev’s was “just one letter”) but those defenders don’t include the Foreign Office themselves who have announced an inquiry into the affair.

They, if not the supine mainstream British journalists, understand that such goings on effectively constitute a preemptive coup within the state, and more importantly one which has been exposed.

So the Integrity Initiative, which has been targeting Corbyn (and Assange) is led by an ‘honorary’ colonel in UK military intelligence. https://t.co/oAjHqGlltE

The whole affair casts a new light on the three years of hell which Corbyn has faced since becoming leader of the Labour Party. He has been spun by virtually the entire British media including, and perhaps most particularly, the state-controlled BBC as variously (spin and repeat) an anti-Semite (because of his support for the Palestinians) a KGB/Czechoslovakian/East German spy (I’m not making this up), a stooge of Putin (because of his initial skepticism over the Skripal affair), and not least a terrorist sympathiser allegedly in league with Irish Republicanism, and an alphabet soup of Arab guerrilla organisations.

Corbyn has been accused of laying wreaths at the graves of Palestinian martyrs (when the graves were in another country altogether), of accepting thousands of pounds with an operative of the Czech Intelligence, of being suborned (with his then-girlfriend, now shadow Home Secretary Diane Abbott MP on the back of his bike) whilst on a motorcycle tour of East Germany.

One soon to publish biographer of Corbyn, to whom I gave an interview, seemed convinced that Corbyn’s recruitment to the KGB took place in Chile, or Cuba, or elsewhere in Latin America at least. On and on this unhinged witch-hunt has gone, changing shape and subject but always with the same central premise. Mrs May, the prime minister (at the time of writing), put it best herself when she told him to his face live on TV in Parliament: “We will never allow you to rule”.

Last week, this article would have been denounced as a conspiracy theory. After Auchtermuchty it can never be so again. Instead a new and forensic eye can be cast upon the spinners of these falsehoods in the light of the Auchtermuchty affair.

In some cases it is easy, documents leaked earlier revealed the “clusters” of assets of the Integrity Initiative and they included some of the best known journalists in the land. I know of only one of those names who has denied involvement – David Aaronovitch of the Times (himself a former leader of the British Communist Party turned Russophobic Blairite).

There may be other denials of which I’m unaware. Leaked documents do not constitute proof of anything of course. But the existence of these clusters is not denied and neither is the source of their wealth – Britain, other Western governments, and NATO itself. Their purpose, to weaken and damage Russia can scarcely be denied either, indeed it is their raison d’etre.

That Corbyn has faced such an unprecedented campaign of vilification, anathematization and delegitimization is a matter of public record. The journalists and broadcasters behind it are known. The source of funding of just one part of it now lies exposed, the British government itself. How many other rumour-mills, derelict or otherwise, there are in the country, how many journalists, academics, opinion-formers and MPs are involved in how many operations is now an investigative work in progress.

Leaked documents show the FCO’s funding of the ‘Integrity Initiative’ explicitly mentioned support for its Twitter activity. Did they know that would include taxpayer-funded attacks on the Labour Party? My statement on today’s Infowars revelations:https://t.co/pwmL2dytla

The Shadow Foreign Secretary Emily Thornberry is now on the case. Labour luminary Chris Williamson has just elicited by parliamentary questions that 3 reserve or honorary serving officers of the British armed forces are involved in this “Integrity Initiative,” raising a whole raft of new questions.

Every country needs to be well-resourced, smart and democratically accountable security services. I’m pretty sure that if Jeremy Corbyn becomes prime minister of Britain he will now be newly determined that we should have them. Watch this space…