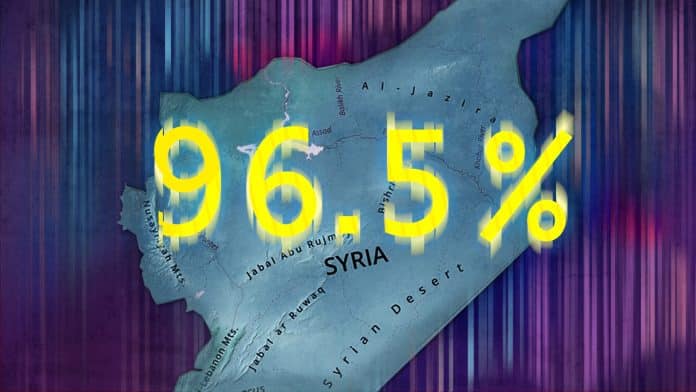 1,411 residential areas have been liberated from ISIS terrorists since the start of the Russian military operation in Syria, Head of the Russian National Defense Management Center Colonel General Mikhail Mizintsev said on December 11, during a joint meeting of the interdepartmental coordination of the Russian and Syrian headquarters for the return of refugees.

He noted that the Russian Armed Forces successfully completed their operation of mopping up terror groups in Syria, including thousands of ISIS fighters. According to Mizintsev, only a few ragtag US-backed groups survived in the Trans-Euphrates region and near Al-Tanf. The remaining members of Hayat Tahrir al-Sham (Jabhat al-Nusra) were blocked in the Idlib de-escalation zone.

The colonel general also commented on the situation in the US-occupied area of at-Tanf where, he said, 6,000 militants are staying and the US-led coalition is preventing delivery of humanitarian aid to refugees in Rubkan camp.

During the same meeting, Russian Foreign Ministry spokesman Igor Tsarikov said that the US-held area is the source of destabilization in this part of the country.

Besides this, Clolonel General Mizintsev revealed that refugees reception centers had been set up in 412 localities and conditions have been created to receive 1,497,650 people. 10 ports of entry are now active at the Syrian-Lebanese border, Syrian-Jordanian border, in the Damascus International Airport, and in the port of Banias. Over 290,278 Syrians have returned from foreign states to their homeland since the start of the year.

Active efforts are being contributed to restore the destroyed infrastructure of the country. Since the start of 2018, 4,690 residential buildings, 266 medical facilities, 1,464 education institutions, 1,022 electrical substations, 14,239 industrial facilities, 284 water stations, 206 schools and multiple other facilities have been restored.

It is also interesting to note that according to Clolonel General Mizintsev, over 96.5% of the country has been retaken by pro-government forces and militia. Taking into account that a large part of northwestern Syria is controlled by the Turkish Armed Forces and various militant groups, including Hayat Tahrir al-Sham, the northwestern part of Syria is controlled by the US-led coalition and its proxies, the US-controlled area of al-Tanf and ISIS cells operating in the Homs-Deir Ezzor desert as well as in the Euphrates Valley, it does not seem like pro-government forces are in control of 96.5% of Syria.