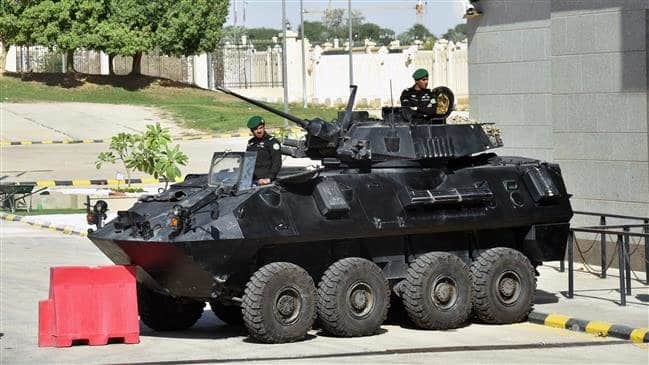 [ Editor’s Note: It is still hard to tell if the Republicans in the Senate are doing this for show, knowing that it will not go anywhere at the end of the day, or if this a real revolt.

With the Democrats losing seats in the Senate, there will be fewer chances of close vote wins on progressive issues for the next two years. We all know by now that bad press does not bother Trump at all.

He views each day where he fires off his morning Twitter bomb as an opportunity to erase anything that has happened the day before, banking on the public’s memory not lasting more than 24 hours. The jury is still out on whether that is really true for the majority of people, but not with the professional PR folks who swear that it is.

But I don’t think Lindsey Graham is pussyfooting around with his wanting to start burning bridges with the Saudis. You notice that Trump has not “dissed” him like so many of his other detractors. Graham gives other Republican Senators siding with him cover.

The leaks on the Khashoggi killing have never stopped, but are slowing down. This recent Congressional spat has kept it in the news. But that will probably simmer down now, as Congress has its feet in the fire on getting year end legislation passed.

Trump’s big oval office showdown yesterday with Pelosi and Schumer on shutting the government down was his classic tactic of moving stories hurting him off the news cycle with new disputes. That shows he fears the Saudi case staying on the front burner.

For beneficiaries of all the current theatrics, just look at Ukraine and Poroshenko. He has shot his wad with his Kerch Straits provocation, and hopefully will be finished politically; but the odds of someone just as bad as Poroshenko taking over are high.

Pray that more Christmas massacres don’t take place in Europe. They seem to occur too often on cue as diversions when needed… Jim W. Dean ]

The United State Senate has voted to end President Donald Trump’s support for the Saudi war on Yemen. The senators voted 60-39 Wednesday to advance a resolution for further debate and a later vote in the chamber.

Republican senators joined the Democrats to provide the 60 votes needed for the resolution to advance. The 39 Republicans senators disagreeing with the move all cast no votes.

The resolution passed despite Majority leader Mitch McConnell’s call on lawmakers to block  it, arguing it is too broad.

The senate fired the warning shot at Trump in the wake of his embarrassingly close ties with Saudi Crown Prince Mohammed bin Salman following the murder of dissident journalist Jamal Khashoggi.

The Saudi government is currently grappling with an international crisis over the murder of prominent dissident journalist Jamal Khashoggi.

Time magazine names slain Saudi dissident journalist, Jamal Khashoggi, as its “Person of the Year” for 2018.

In March 2015, Saudi Arabia and a coalition of its regional allies started the war against the Muslim world’s poorest country, Yemen.

Backed by the US, the Saudi-led military campaign has created a human crisis in the impoverished country, killing some 15,000 people and displacing thousands more.