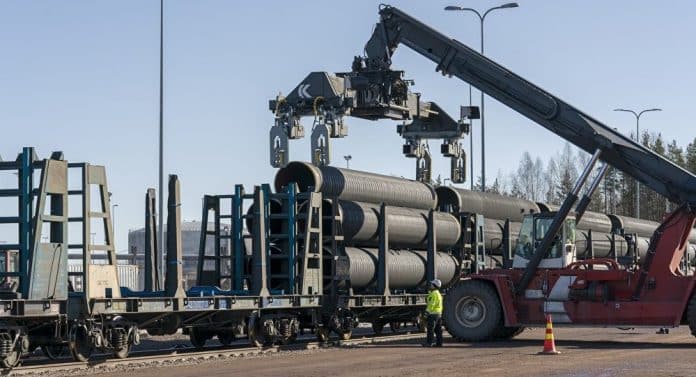 [ Editor’s Note: The timing of this talk about US Nord Stream 2 sanctions this late in the game is similar in a way to the US denying the Syrian people victory over the US Coalition proxy terror war by occupying a large part of the country as long as it chooses, thus denying them the victory they fought hard for.

The EU publicizing that the Special Purpose Vehicle payment mechanism is nearing completion by year end has triggered the US into tipping its hand that whatever monies the EU firms thought they were going to make on the Nord Stream 2 deal, the US would just take back from them, and maybe a lot more in sanctions penalties.

The US is hell bent to extort the EU into buying US energy at non-competitive prices, or buying US goods it does not want. This is economic terrorism pure and simple, the US now presenting itself as an economic security risk to the EU.

What makes this possible is the EU selling more to the US that we do to them. The whole concept of squeezing Europe with the first sanctions barrage was based on this, knowing the EU companies would not want to lose their US export business, or even having EU companies run out of the US or their profits confiscated via sanctions.

And by that I don’t mean returned to their US customers in any way, but seized by the Treasury Department, which still will be running a trillion dollar deficit.

The con behind the game being played here is that the big US red ink budgets allow it to do anything it wants to do economically simply by saying it has an economic national security issue at stake. But we all know none of the penalties will amount to a feather onto our $20 trillion in red ink.

The EU is going to have to play another card to save itself, one the US never thought that it would ever dare, and that is sending the US military home, clearing out its bases, for representing a national security threat to the EU.

Does it have the balls to do that? I doubt it. But it does when sanctioning Russia over Ukraine, when the EU once had a $100-billion per year trade deficit. We are seeing the fallout from that mistake in the streets of Paris, where demands on Macron are increasing by the day.

The French people smell they have the political advantage now with a broad people’s coalition. The idiot French elite sacrificed farm exports lost to Russia due to the Ukraine sanctions to be on the US squeeze team, never thinking they would end up in the cross hairs themselves. By holding the EU business community’s feet to the fire, it is pushing them to put the squeeze on their respective governments.

Frankly the US has declared war on the EU economy in a move to make it a de facto colony to survive its own financial mess. It is telling EU business to “play ball with us, even against your own countries, and you will come out of this with your shirt still on.” Isn’t that special?

The EU needs to take a look at what the US is doing to Syria and realize that a different version of that is in the works for Europe. The clock is ticking … Jim W. Dean ]

“The firms working in Russian energy pipeline sector are engaging a lot of business that carries sanctions risk. We continue to review potential sanctions actions,” Fannon said. “The US government has the ability to sanction Russia export energy pipelines under section 232 the Countering America’s Adversaries Through Sanctions Act (CAATSA),”

The statement follows Fannon’s comment made on Monday that Washington believes that the construction of the pipeline poses “broad geostrategic threats” to European security and called on all parties to withdraw from it.

Russia’s Permanent Representative to the European Union Vladimir Chizhov said last week that the Nord Stream 2 gas pipeline project is developing and there are no obstacles to its implementation. 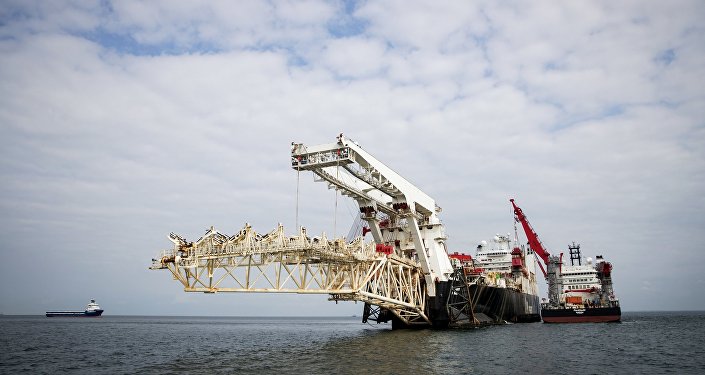 The Nord Stream 2 is a joint venture of Russia’s Gazprom with France’s Engie, Austria’s OMV AG, UK-Dutch Royal Dutch Shell, and Germany’s Uniper and Wintershall. It aims to deliver 55 billion cubic meters (some 2 trillion cubic feet) of Russian natural gas per year to the European Union through the Baltic Sea bypassing Ukraine.

The pipeline project has been welcomed by some countries in Europe and opposed by a number of others, including Ukraine, Poland and the Baltic States, while the United States has also expressed its opposition.

Last week, US National Security Advisor John Bolton said that Washington was considering some options to stop the construction of the pipeline.