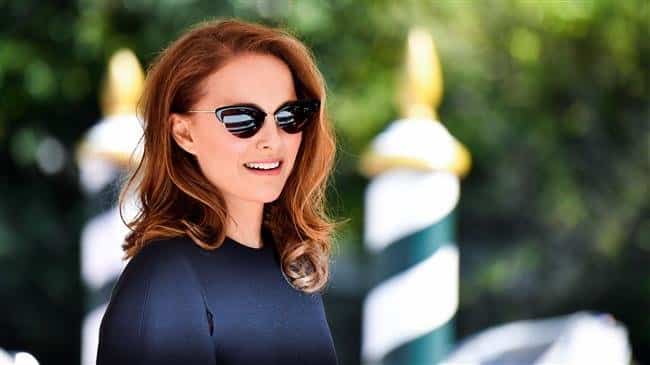 [ Editor’s Note: Portman takes the Zionists head on and is still walking, with no moves to crush her career as has happened to so many others. In Hollywood, to do such a thing is considered career suicide. So what gives?

I think the answer is that she is a Jew and an Israeli. That’s what gives. And while Israel will attack any non-Jews at will over any comments they make about Jews or Israel, without mercy or any legal repercussions anywhere, telling an Israeli Jew they don’t have a right to speak out against the government is a no go area.

Why? It’s because Zionist political infighting is a national sport in Israel where people are attacking each other, saying anything they want to advance their own cause or wreck someone else’s.

That is why I used the Jewish Supremacism title, as it crosses into the red zone area. By the way, my spell checker does not even recognize the term. I know Jews who are quite familiar with Jewish Supremacism being a real thing, and think it’s bad for Jews, but they keep their heads down and only speak about it privately.

Whereas Israel has freedom of speech for this topic, that does not extend to anywhere else. In the US, an anti-Israel Jew has the mark of Cain put on them, a modern form of wearing the infamous star, with a Zionist twist.

My friend Rabbi Weiss of the anti-Zionist Neturei Karta once told me when I asked him if they have support from American Jews outside their sect, “Yes, but they have do so non-publicly, or their careers would be ruined.”

I asked if he could give me an example of such a person and he did. He arranged a confidential phone call for me with a teacher in a US Yeshiva, and he confirmed for me that if it ever became public that he was even talking to Neturei Karta, he would be blackballed across the US from ever teaching in a Yeshiva again. And this guy was a highly respected man

For hard core, pro-Israeli Jewish Supremacists, the quickest way to shoot them out of the make-believe tree is to ask them if they support Israel’s industrial-scale espionage activities against the US. They usually become speechless, as no one has ever rubbed that in their faces.

Most hesitate while they ponder whether they will say that such a claim is baloney, but then they know that you know it is not, and they don’t want to look like an idiot. And usually, after a moment they will retreat to the all too familiar safe zone of charging you with an anti-semitic remark or the over-used “Jew hater” tag, despite VT having a significant number of Jews in our network, and even getting called “Jew lovers” by the knuckle-draggers.

But I have an instant come back for that, “So you are saying that if I accuse a convicted murderer of being a murderer, then I am an “anti-murderite, a murderer hater?” Savor the moment of seeing them stunned, the wheels in their brain spinning for something to say but nothing coming up. This is so much fun it should be illegal, and Gordon is even better at it than I am.

The Jewish people have a great history of scholarship, and they don’t like to be caught up in saying something that is total nonsense. They have pride, which is a well used communication bridge for difficult topics. Thus ends my missive for today … Jim W. Dean ]

Famous Israeli-American actress Natalie Portman has denounced a controversial Israeli law, which defines the occupied territories as the so-called nation-state of the Jewish people, as “racist.”

Speaking in an exclusive interview with the London-based al-Quds al-Arabi daily newspaper published on Thursday, Portman – who was born in Jerusalem al-Quds and grew up in the United States – said she did not support the law.

“The nation-state law is racist. It is a mistake and I don’t agree with it … [people’s] lives are [being] affected on a personal level by decisions made by politicians,” the actress said.

“I only hope that we will be able to truly love our neighbors and that we can work together with our neighbors for change,” she added.

This is not the first time that Portman has leveled criticism against the policies of the Israeli regime.

In April, the Genesis Prize Foundation, which awards what it calls the “Jewish Nobel,” announced it was canceling its prize ceremony in Israel in June after 2018 recipient Natalie Portman said she would not take part.

The Israeli-American actress later explained in an Instagram post that she was not willing to attend because “she did not want to appear as endorsing Israeli Prime Minister Benjamin Netanyahu.”

“I treasure my Israeli friends and family, Israeli food, books, art, cinema, and dance … But the mistreatment of those suffering from today’s atrocities is simply not in line with my Jewish values,” Portman pointed out.

The apartheid nation-state law, adopted by 62 votes to 55 on July 19, makes Hebrew Israel’s official language and defines the establishment of settlements as being in the Tel Aviv regime’s interest.

The legislation also strips Arabic of its designation as an official language, downgrading it to a “special status” that enables its continued use within Israeli institutions.

It stipulates that “Israel is the historic homeland of the Jewish people and they have an exclusive right to national self-determination in it.” It also states that an undivided Jerusalem is the “capital” of Israel.

Palestinian President Mahmoud Abbas has condemned the Israeli law, saying it “will not change the historical situation of Jerusalem al-Quds as the capital of the occupied State of Palestine.”

PressTV-Israeli regime ‘most fascist, racist’ of all: Erdogan

Turkish President Recep Tayyip Erdogan has described the Israeli regime as the ‘most fascist and racist’ of all in the world.

“No peace or security will prevail unless the city remains as such,” Palestinian Wafa news agency quoted Abbas as saying in a statement.

The statement added that “the law will not discourage Palestinians from their legitimate struggle to defeat the occupation and establish their independent state.”

“[It is] a dangerous and racist law par excellence. It denies the Arab citizens their right to self-determination to instead be determined by the Jewish population,” he said.

The Gaza-based Hamas resistance movement also denounced the law, saying it formally legalizes “Israeli racism” and constitutes “a dangerous attack on the Palestinian [nation] and its historic right to its land.”