Home Government NEO: Interference, if it Only Were Russia 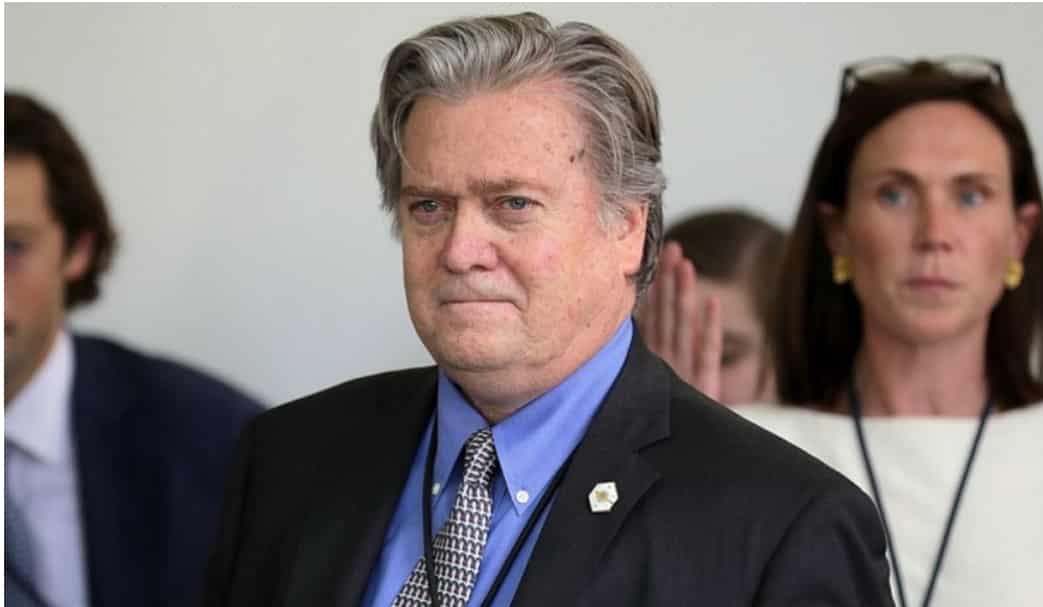 What happened in America during the last presidential election and, to an extent, during the recent mid-term elections, is now starting to materialize in Europe as well.

It isn’t just election rigging and propaganda. America’s government processes are at a standstill while congress and the legal system look for ways to jail Donald Trump for dozens, if not hundreds, of felonies tied to election fraud, obstruction of justice, perjury, tax evasion and bribery.

The indictments were penned months ago, not just by Mueller, but in New York State as well where Trump used his family foundation to pay off and silence victims of alleged physical and sexual abuses at his own hands.

In Europe, former Trump advisor, Steve Bannon, has been, for the last year, organizing right wing extremist groups, heavily funded by oil and arms cabals and aided by Google and Facebook, and with full cooperation from security agencies.

The recent right-wing demonstrations in France have been traced down to Bannon and his new iteration of Cambridge Analytica, the organization responsible for most of the wrongdoing attributed to Russia during the 2016 elections.

Across America and Europe, Russian interference in American elections is big news. The Washington Post, dated December 10, 2018, ran an epic article blaming Russian media and their “American lackeys,” of which I top the list time and time again, for destroying American culture, values and political freedoms.

Twenty-four hours later, the Daily Beast published the following regarding a recent investigation of the recent congressional investigation:

“The results of early voting were tallied before Election Day in North Carolina’s now-notorious Ninth Congressional District, and election workers are accused of allowing outsiders to view them. The election-fraud case in the race has held up certification of the U.S. House contest. Totals from Bladen County’s only early-voting location were reportedly run on the afternoon of Nov. 3, three days before polls closed.

In an affidavit, precinct poll worker Agnes Willis alleges those totals were viewed by outsiders, saying in the report: “On Saturday, 11/3/18, the last day of early voting, the ‘tape’ showing election results at the one-stop [early] polling site was run after the polls closed, and was viewed by officials at the one-stop site who were not judges. It is my understanding that this was improper.” The board has refused to certify the results of the election between Republican Mark Harris and Democrat Dan McCready. It plans to hold an evidentiary hearing on the allegations before Dec. 21. Reports have emerged of more than 1,000 absentee ballots being tampered with in the district.”

Within one hour of linking this article to Veterans Today, it was pulled by the publisher. This story covered only one district, but evidence is pouring in that dozens of races were rigged and, of course, none of this rigging, despite the misdirection by the Washington Post, had anything to do with Russia. You see, America has always been overrun with polluters, financial thieves, tax cheats and war mongers.

No Russian help was needed at all, no fake gas attacks, no phony assassinations though, during the election, one reporter named Khashoggi for the Washington Post was strangled and chopped to pieces and the White House has, thus far, been totally at ease with the idea.

We might as well mention another story from the last 48 hours that hit the media then was pulled. It seems the Trump administration had been refueling Saudi Arabian planes bombing civilians in Yemen and allowing American tax payers to foot the bill. Total cost, a gift to Saudi Arabia, American help in killing tens of thousands of civilians, was about $120,000,000.

In the process, President Trump’s son-in-law, Jared Kushner, was given a business license to run a brothel inside Saudi Arabia. The Trump family fortune was founded by running brothels on the American frontier.

As a minor aside, the primary financier of the rigged race in North Carolina is accused Macau brothel owner Sheldon Adelson. Were one wanting to establish a pattern of moral laxity, one might also mention longtime Trump associate Jeffrey Epstein who just settled civil lawsuits where he paid off victims of the child sex ring he was running. Two years ago, Trump himself settled a New York lawsuit accusing him of sexually abusing a 12-year-old girl but details of that case are under a “gag order” and cannot be divulged.

There is a pattern here, if one looks closely enough. To this we add the breaking story of alleged Russian agent, Marine Butrina. She is accused of laundering millions into American political races by channeling funds into the National Rifle Association.

That National Rifle Association prides itself on its patriotism and is reputed to have up to 10 million members. Its real history is aligning itself with the Israel lobby, big oil, climate denialism and right wing extremism. Why Russia and why now or is this more fakery?

Humorous or not, were Russia to have paid money to Republican candidates who generally receive the majority of their contributions from human traffickers and arms dealers, its Russia’s reputation that is the more threatened.

So, what is the real issue here? I think the answer is simple, that America’s constitution has allowed a clear excess of flexibility in the processes of governance. Members of congress serve for decade after decade, placed in office, as we now note, under questionable circumstances and answerable to criminal elements.

This is the legislative leadership of America and the presidency, as we also note, is worse and everyone knows it. Is this, perhaps, why there is so much screaming about Russian interference?

Now we are hearing the same thing across Europe, nearly every nation has some tale of Russian interference while, historically, political leaders have been in the back pockets of oil, banking and arms cartels or, as in Britain and Belgium, blackmailed as pedophiles.

Then we look at “ringers,” political fakers like Boris Johnson or Macron, placed in office to foster chaos.

In this light, the Arab Spring, a creation of social media engineering and intelligence agencies working with the “usual suspects,” oil, arms and banking, may well have come to the United States in 2016 with Russia blamed as a “fall guy.”

Many analysts see it heading to Europe as well, unrest in France, Britain in chaos with “Brexit” and right-wing movements, all funded with “Deep State” cash, pushing to the forefront in nation after nation.

The story is always the same. “Russia did it.”

Gordon Duff is a Marine combat veteran of the Vietnam War that has worked on veterans and POW issues for decades and consulted with governments challenged by security issues. He’s a senior editor and chairman of the board of  Veterans Today, especially for the online magazine “New Eastern Outlook.”
https://journal-neo.org/2018/12/13/interference-if-it-only-were-russia/