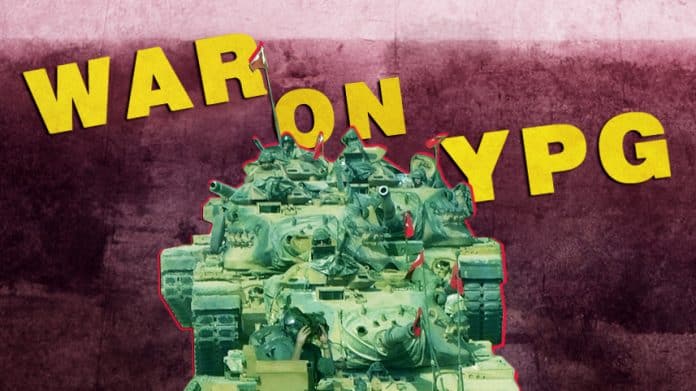 Turkey has threatened a new plan to launch a military operation against US-backed Kurdish groups in northern Syria.

During the Turkish Defense Industry Summit on December 12, President Recep Tayyip Erdogan said that the Turkish Armed Forces (TAF) “will launch an operation east of the Euphrates in a few days to save it from a separatist terrorist organization”. He slammed the plan of the US-led coalition to establish observation posts along the Syrian-Turkish border, but noted that the TAF will not attack US forces.

“It is clear that the purpose of U.S. observation points [in Syria] is not to protect our country from terrorists but to protect terrorists from Turkey,” Erdogan said.

The towns of Ayn Arab (also known as Kobani) and Tell Abyad are named among the most likely targets of such an operation. For example, Haitham Afisi, the leader of the Turkish-backed Syrian National Army (SNA) told the news outlet Enab Baladi that the advance will target Tell Abyad and several villages around it.

In response, the so-called Democratic Autonomous Administration (DAA), an administrative body controlled by the Kurdish militias YPG/YPJ as well as their political wing PYD declared a “total mobilization” in response to Turkish threats. Furthermore, it called on the international community and NATO countries to take a stand against “Erdogan’s aggressive plans”.

The DAA even called on the Damascus government, which YPG and SDF-affiliated entities have repeatedly slammed as an oppressive regime and even as a supporter of ISIS, to take a stand against the possible Turkish advance.

In its first response to the situation, the Pentagon said that any military action into northeastern Syria would be “unacceptable” and a source of concern. Commander Sean Robertson stressed that “dialogue is the only way to secure the border area in a sustainable manner” and that “uncoordinated military operations will undermine that shared interest”.

Meanwhile, US-backed forces have still not been able to deliver a final blow to ISIS terrorists in the Hajin area in the Euphrates Valley. The terrorist group has recently employed at least 6 suicide car bombs to target SDF positions there and at least one of them did reach its target.