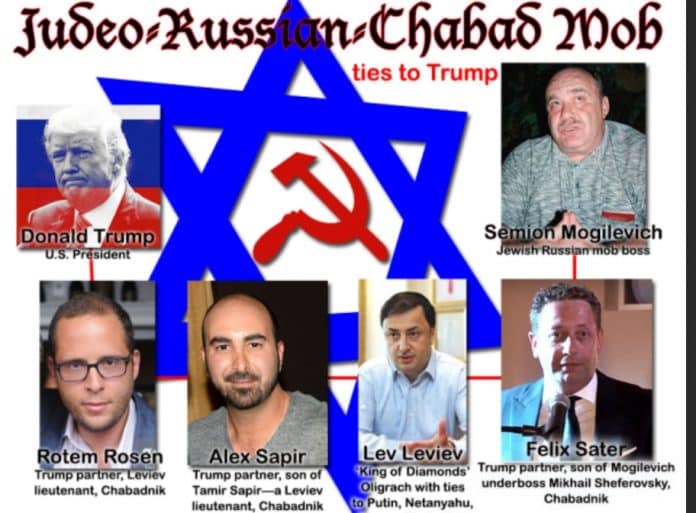 Russia Today:  Special counsel Robert Mueller is reportedly preparing to shift the focus of the interminable Russiagate investigation to the Middle East, where at least three countries may have tried their hands at “election meddling.”

Claiming indictments will start dropping in early 2019, sources close to the matter say that Mueller’s team has been discussing the possibility of filing charges pertaining to election meddling by Israeli, Emirati, and Saudi nationals.

These well-connected figures not only offered US President Donald Trump assistance on his way to the White House – a report by the Daily Beast claims – they also tried to meddle in policies once he was there.

“If this is going to be unveiled, this would be like the surfacing of the submarine but on the other plank which we haven’t seen,” said Harry Litman, a former US attorney with knowledge of the probe.

Foreign influence-peddling is not exactly a new phenomenon in the US. The Foreign Agents Registration Act, originally intended to counter Nazi Germany’s propaganda, has for decades been something that only “official” foreign lobbyists had to take into account. Even among those there are some notable exceptions that happen to include a country mentioned by the Beast.

Mueller has already indicted some Trump officials for things related to lobbying for foreign powers. Michael Flynn’s guilty plea was for lying to the FBI about his work for the Turkish government. Paul Manafort’s entire case is about him being too greedy with money he got as a lobbyist for Ukraine.

The Beast, of course, sounds quite delighted that the “Russian investigation” is going “global,” but even they seem to be in doubt about how it would fit Mueller’s mandate, which has been to investigate alleged connections between the Donald Trump campaign and the Russian government.

Their answer is that there were Middle Eastern influence peddlers, who got involved with the Russians as well as Trump. Or maybe the prosecutor would seek an extension of his mandate.

Ironically, for all the media buzz, the very fact of collusion remains elusive and unproven. So far Mueller has indicted some Russians for allegedly hacking Democrat emails and pretending to be Americans while posting political memes. If proven, that may amount to interference by Moscow. But those cases may not ever be tested in a full trial, considering Russia’s ban on extraditing its own citizens to foreign countries.

As the “collusion” in the Mueller probe has seemingly morphed into “interference,” it may so happen that “Russia” would morph into whichever country named in the future indictments. Maybe this will finally bring into US media spotlight that Flynn’s much-damned meeting with the Russian ambassador was in fact to petition for Israel’s interests and against the position of then-President Barack Obama.