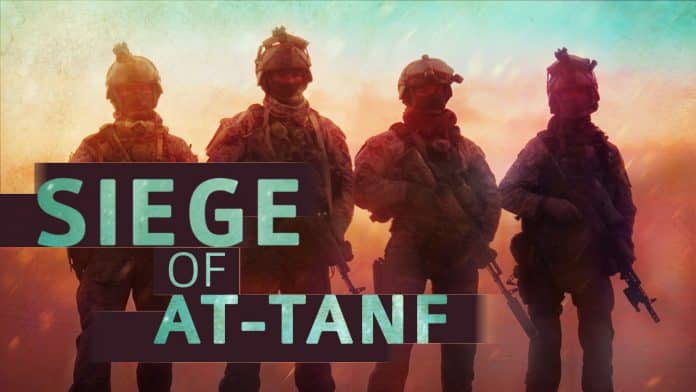 A source familiar with the situation, told SouthFront that several air-defense systems and other military equipment were deployed at the Russian positions. More weapons, including heavy rocket launchers, are reportedly expected to arrive there in the upcoming few days.

The Saudi London-based newspaper Asharq Al-Awsat even claimed that Russia is going to deploy an S-300 system to the province of Deir Ezzor. However, this type of rumors is common for the Saudi outlet, which has been actively working to fuel tensions between the Syrian-Iranian-Russian alliance and the US-Israeli-led bloc as well as between Russia and Iran.

In early December, forces of the US-led coalition employed its M142 High Mobility Artillery Rocket System to fire several rockets at positions of the Syrian Arab Army (SAA) in the area of al-Ghurab Mount. The shelling caused no casualties but contributed to further growth of tensions in this part of Syria.

Late on December 13, the US-backed Syrian Democratic Forces made a fresh effort to capture the town of Hajin from ISIS. According to pro-SDF sources, the group is now in control of the town center and clashing with the terrorists in its southern part. Some sources even already speculated that Hajin is under full SDF control. However, this is yet to be happen.

A spokesman for the coalition of pro-Turkish militant groups branded as the Syrian National Arma, Major Youssef Hamoud, told Reuters that up to 15,000 Turkish-backed militants will participate in the upcoming Turkish operation against the Kurdish militais – YPG/YPJ in northern Syria.

The statement came as the Turkish Armed Forces (TAF) deployed a few dozens of armoured vehicles in its provinces bordering the Syrian province of Aleppo.

Meanwhile, a Turkish soldier was killed in an attack of the YPG near the town of Tell Rifaat in northern Aleppo. The TAF responded to the attack by launching a series of powerful artillery strikes on YPG and SAA positions near the town.

It should be noted that earlier in 2018 a notable number of YPG members had fled from the Turkish advance on Afrin to the areas protected by the SAA near the city of Aleppo. Local sources say that YPG members may attempt to use SAA positions as a shield for their attacks on the TAF. In case of the success, this approach may cause open hostilities between the SAA and the TAF in the area.