The situation in parts of eastern Syria, controlled by the US-backed and Kurdish-dominated Syrian Democratic Forces (SDF), remains “deeply concerning,” Shoigu wrote in a letter to Pentagon chief James Mattis earlier this week.

Washington does little to nothing to restore peace and help the devastated region to recover from the long war, while its airstrikes continue to rack up civilian deaths, the defense minister said. He noted that at least 1,500 civilians have been killed in recent months as the SDF was clearing the last remaining pockets of Islamic State (IS, formerly ISIS) resistance.

Also on rt.com Over 120 civilians killed by US-led coalition airstrikes in Syria in 1 month – Russian military The Russian defense chief described the difficulties the US-led coalition experienced in the protracted battle near Hajin in the eastern Deir ez-Zor Province. It took the Pentagon-backed fighters six months to drive the militants out of the small town – only for them to regroup later in villages along the Euphrates River. 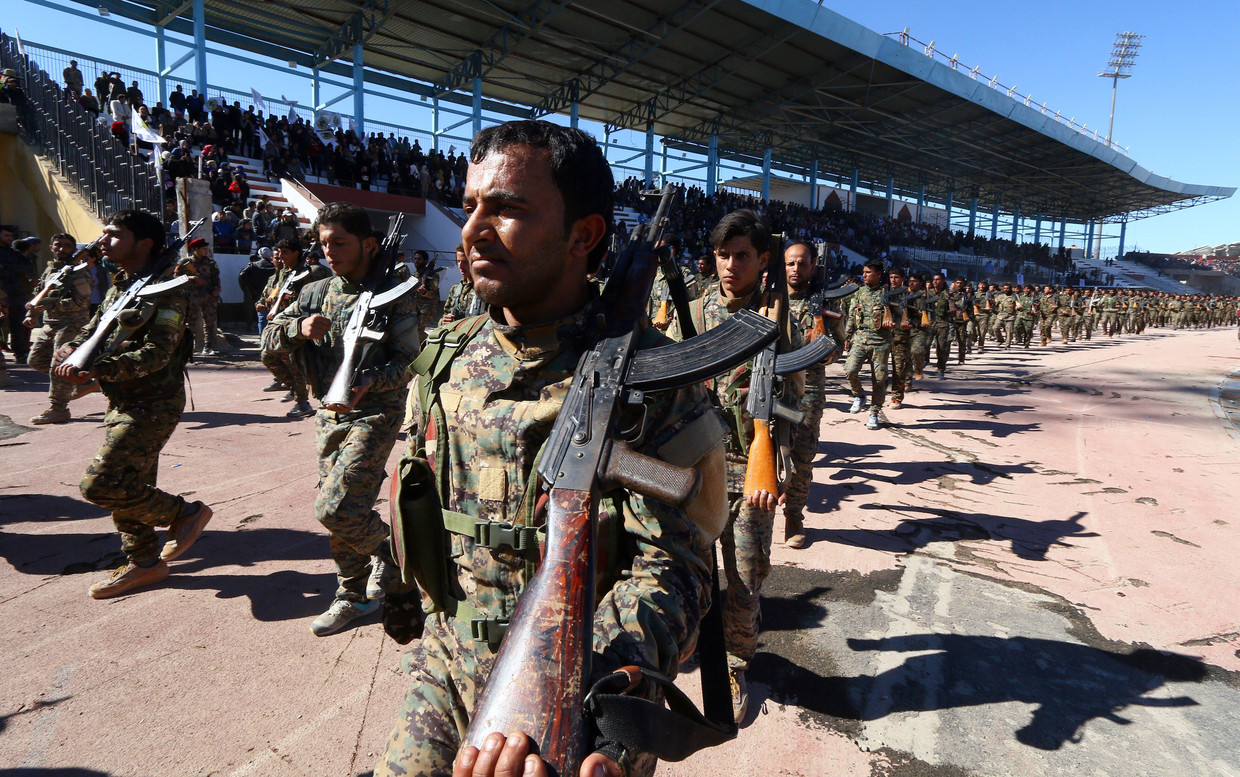 The US-backed SDF fighters are marching at a military parade in Syria. © Aboud Hamam / Reuters

In contrast, the Syrian government army has demonstrated its ability to liberate areas in two weeks’ time, Shoigu said.

The minister also stressed that settlement and recovery in the war-torn nation is undermined by the smuggling of oil and petroleum products from the SDF-controlled areas. At the same time, the US military presence at the Al-Tanf airbase makes it harder to deliver aid into large refugee camp in Rukban, Jordan, which houses more than 50,000 Syrian, Shoigu wrote. He also claimed that the airbase and the “armed gangs” around it prevent refugees from returning home.

In a separate letter to Mattis, Shoigu offered to begin “open and meaningful dialogue” on the differences the nations have over the INF Treaty, which bans ground-based missiles with ranges of 500 to 5,500km. Both sides accuse each other of violating the deal.

Last week, US Secretary of State Mike Pompeo warned that Washington will scrap the deal altogether within 60 days if Russia does not “return to compliance.” Moscow, in turn, drafted a resolution to the UN Security Council in support of the INF deal.

Shoigu emphasized that so far Moscow has received no official reaction from the Pentagon on its proposal to hold talks on the INF Treaty.