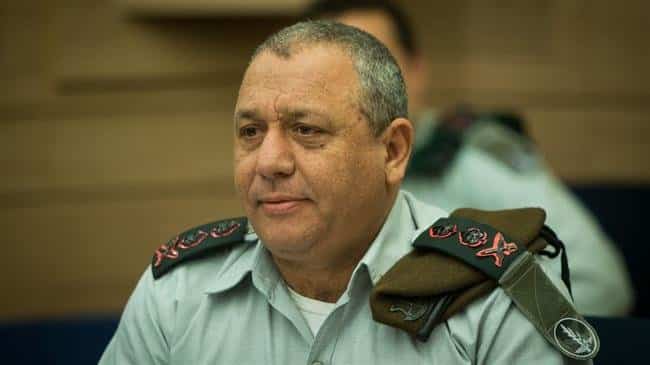 [ Editor’s Note: After the cooling of US and Saudi relations over such trivial details like engaging in crimes against humanity, the pretend-countries are showing their Israeli card, that they will use Israel to put the squeeze on the US or anyone else that needs it.

VT has published for years the dirty little secret that countries that don’t feel they have the juice to muscle the US, or would want to risk any blowback, can always hire Israel to do it.  This includes Israel’s sharing intelligence with them that they deem needed.

US Intelligence knows this, as it has gone on a long time, but never publicly does anything about it. When compared to the public cover up of the massive Israeli espionage that goes on in the US, the Israel-Arab “warming” is a minor item politically here.

As for Congress, it seems that as long as they can get AIPAC’s endorsement for reelection, then Israel can do whatever it wants to America and Americans. Americans take this lying down, so they are not without blame.

And then you have the huge Christian Zionist group who has been disloyal to the rest of us personally, siding with an offensive US security threat, simply because they get some religious jollies out of it.

I put them on par with ISIS in terms of their being heartless toward their growing pile of victims simply by uttering the magic words “God wills it”, and thinking that washes their hands clean.

I pray that “Judgment Day” does not turn out for them as they have planned. I am embarrassed to even hear them described as my fellow countrymen… Jim W. Dean ]

The president of the American Israel Public Affairs Committee (AIPAC) says the chief of staff of the Israeli military, Gadi Eisenkot, secretly traveled twice in November to the United Arab Emirates, where he met with senior officials, as a number of Arab countries in the Persian Gulf region are warming their relations with the Tel Aviv regime after clandestine contacts.

The senior AIPAC official further noted that an agreement on the sale of Israeli military hardware to UAE was struck during the meeting.

The Israeli side also agreed to make adequate preparation for the imminent visit of top-brass Emirati officers to Israel.

Israeli Transportation and Intelligence Minister Yisrael Katz visited Oman on November 4 to attend an international transport conference and pitch a railway project that would link the Persian Gulf to the Mediterranean via the Israeli-occupied territories.

Israel’s English-language daily newspaper The Jerusalem Post reported that the two men had discussed ways to advance the so-called Middle East peace process as well as matters of mutual interest with regard to the region’s stability.

Netanyahu was accompanied by senior officials, including the head of the Mossad spy agency and his national security adviser.

Netanyahu’s unpublicized visit to Oman came on the same day that Israeli Culture and Sports Minister Miri Regev traveled to the UAE to accompany Israel’s judo team at the Abu Dhabi Grand Slam 2018.

A former Bahraini minister has warned that Arabs and the Israeli regime are jointly trying to kill the Palestinian cause.

Regev arrived in Abu Dhabi on October 26, and she participated in the opening ceremony of the international event at the Emirati capital’s Zayed Sports City, Palestinian Arabic-language Ma’an news agency reported.

Her visit to the UAE marked the first of its kind by an Israeli minister to a Persian Gulf littoral state.

Tel Aviv and Abu Dhabi have no diplomatic ties and the UAE does not recognize Israel, but the two sides have increased backchannel cooperation in recent years. There have been numerous reports of growing contacts between Saudi and Israeli officials too.

Among Arab countries, Israel has diplomatic relations only with Egypt and Jordan.

Saudi Arabia has hostile ties with resistance movements in the Palestinian territories, including Hamas which is fighting the Israeli occupation.