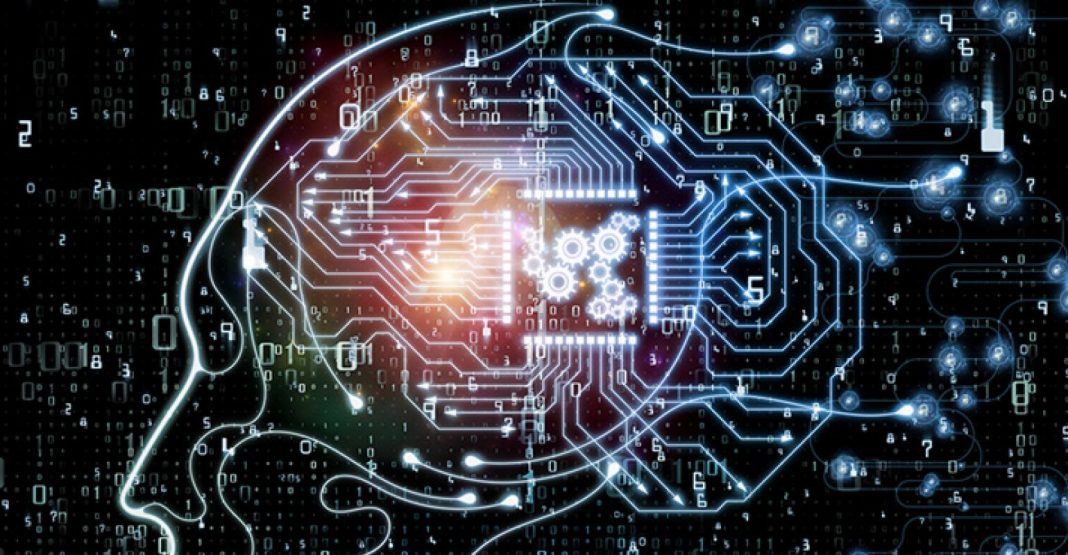 [ Editor’s Note: Ulson Gunnar gives us a good update on the status of the AI war between the US and China, but leaving out the military aspects, for which he is forgiven. Such information is not given out to assist journalists in building their resumes.

We at VT are getting little on AI, as those people are stove-piped to the max, but you can be certain that a major competition is going on there that includes Russia, and that some of it is scary stuff.

The Russians have already reported that their advanced fighters under development are going to have a pilot-less version, that will in effect be a kind of mothership for a pack of drones flying with it. The US was working on a version with a piloted plane, two man crew, flying with a swarm of armed drones.

Besides the flying and mission control of such a challenge – having all units in constant contact with each other in an electronic warfare environment – the needed reaction time for acquiring and firing on targets, particularly ones attacking you, would be beyond the capabilities of even a skilled back-seat weapons officer.

Whoever is on the short end of the stick of this technology can quickly find themselves on the losing end of an air war. That could throw them back onto the last defense of using nukes, a dangerous place to go for all of us.

Terrible mistakes have always been made in wars, but when they are made in a nuclear war, or as a result of AI “controlled” weapon systems going haywire, we will be taking the horror of war to a new level … Jim W. Dean]

Information technology has already transformed virtually every aspect of modern civilization. The rise of artificial intelligence and the ability of systems to train themselves rather than be programmed, allowing them to perform tasks no human could, is expected to have as much, if not more an impact than the proliferation of computers and the Internet.

The Wall Street Journal recently published an interview with Kai-Fu Lee, former head of Google in China and current CEO of Sinovation Ventures in Beijing, comparing US-Chinese strategies regarding the research, development and deployment of AI.

China’s lack of regulatory obstacles and deeply entrenched corporate monopolies is giving China an advantage over the US. While US higher education is producing more, and better computer scientists specializing in AI at the moment, China is catching up.

Ultimately, for AI, the nation with the most data to train systems is the nation that will eventually dominate the field. Here, China has a clear and uncontested advantage. As tech companies across China work on AI and roll out applications for public consumption, the sensors, input and overall data accumulated across China’s 1.3 billion people will far exceed that accessible to US companies.

Lee would explain, regarding whether the US or China was in the lead regarding AI:

In internet AI, which is algorithms making profitable recommendations for people based on their Web browsing history, China and the U.S. are about equal. China will probably get ahead because it has more user data.

In business AI, where companies mine their customer data to come up with new product ideas and improve service, or use it to monitor systems to make them more efficient or lucrative, the U.S. is ahead, and will probably stay ahead because its enterprise data is properly archived and more usable for AI.

In perception AI, or things like facial recognition and other biometric interfaces, China is ahead because it is building more sensors cheaply and for broader uses, and it will probably get further ahead.

Conversely, Google’s Waymo subsidiary which concerns autonomous vehicles has no direct analogue in China, which is why it is able to successfully do business in China.

As the Chinese educational system and entrepreneurial ecosystem catch up to the United States, tapping into the immense pool of human resources available in China as well as the immense wealth of data produced by Chinese consumers will afford Chinese companies an innovative edge.

Considering the meteoric rise of China as an economic, military and geopolitical power upon the global stage, its ability to contest or even best the United States in this latest technological race should not be underestimated.

Both nations fully understand the economic and even military implications of dominating AI and both nations have already openly begun pursuing measures to gain the advantage.

This technological arms race will not just impact the US and China. The technology emerging from this growing competition is already impacting the economy far beyond US and Chinese borders and will only continue to do so as AI matures.

Lee in his WSJ interview would discuss the impact AI will have on various jobs. He would explain which jobs are in danger of being replaced by AI and which are safe for the time being:

Customer service, but not every kind. Customer service with very high-end human touch will stay. Telemarketing and telesales will disappear. Dish washing, fruit picking, assembly-line inspection will all disappear. Paralegals and accountants—but not 100%. Some lawyers who do form filling, those would be replaced. Creativity-oriented jobs are safe. Working in a construction environment is safe. Cleaning is hard to do for a robot and every house is different, so that’s safe.

Another example is the advent of self-driving cars and trucks. Global logistics may be transformed with drivers losing their jobs and traditional logistical companies being overtaken by more decentralized start-ups. We can already see the impact applications like Grab and Uber are having on traditional taxi and delivery services and can easily imagine how driver-less vehicles will further impact these industries.

The disruptive potential of AI as it transforms the economy of the future is something nations around the globe must prepare for, positioning themselves to benefit from it rather than be at a disadvantage.

We can see how in the 20th century, America’s domination of finance, energy and information technology enabled it to establish itself as sole superpower, a status only just being contested as new technologies emerge and new global players establish parity with or domination over the United States in these new fields.

Lee describes a nation’s education system and policy regarding technology, innovation and specifically AI as either creating barriers impeding progress or accelerating its research and development. The growing arms race between the US and China regarding AI provides other nations with examples of both strategies and policies that work, and those that do not.

As with other disruptive technologies endowing nations with immense power, if AI is monopolized by either the US or China, it will inevitably be abused. For example, nuclear weapons were first monopolized by the US and liberally used on Japan and considered as viable options for both the Korean and Vietnam wars until a Soviet and Chinese nuclear deterrence emerged.  To prevent a similar scenario from playing out with AI, a balance of power needs to be struck to prevent its growing capabilities from being abused.

AI, along with biotech and new manufacturing technologies are key areas that will determine the shape of the 21st century in the same manner finance, energy, and information technology shaped the 20th century. The United States is not guaranteed to dominate these transformative technologies and thus this century as it did last century. China’s gains in AI are a perfect example of why.