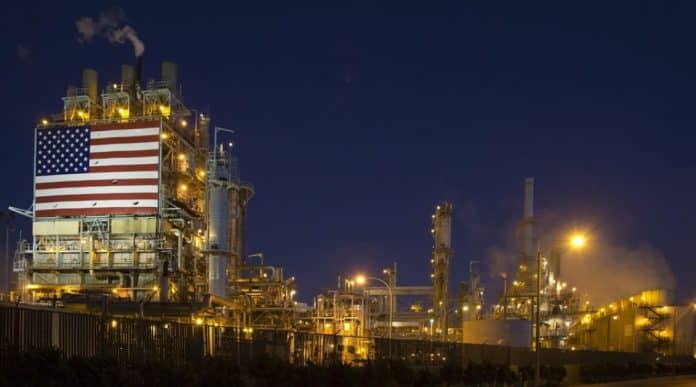 The oil industry engaged in a secret public relations campaign to undermine US fuel economy standards, according to a new investigation from the New York Times.

One of the main actors was the largest oil refiner in the country, Marathon Petroleum. Marathon, along with others, ran a “stealth campaign to roll back car emissions standards,” the NYT reported. The campaign argued that the US no longer needs fuel economy standards because it is now such a massive producer of oil.

“With oil scarcity no longer a concern,” Americans should be given a “choice in vehicles that best fit their needs,” a draft letter that was sent to members of Congress said. The Trump administration took up the talking points in its official justification for the proposed watering down of fuel economy standards.

2 big California cities sue Big Oil for climate change
Much of the debate about the corporate average fuel economy standards (CAFE), which were set to rise to over 50 miles per gallon by 2025, focused on the position of the auto industry. But California still has the authority to set its own fuel economy standards, something that the Trump administration is now contesting as it seeks to freeze federal standards at 37 mpg beginning in 2020.

The auto industry has been the dog that caught the car – it initially pressed the Trump administration to weaken the fuel economy standards, but realized that the aggressive rollback would leave the industry with a patchwork of state levels regulations, led by stricter standards in California. Different standards for different states would require automakers to produce different cars for different markets, a reality that would be more problematic than the more stringent nationwide standards.

You better get back in there soon’: Trump vows to get tough with General Motors over plant closures
However, while media coverage focused on this back-and-forth between major automakers, environmentalists and the Trump administration, it appears that oil refiners were waging a stealth PR campaign to convince the public that the standards are no longer needed. Marathon teamed up with the American Legislative Exchange Council (ALEC), according to the NYT investigation, where they pushed Facebook ads, and lobbying at the state and federal level. They trumpeted a resolution calling the fuel efficiency standards “a relic of a disproven narrative of resource scarcity.”

The motivation is obvious: more efficient vehicles, including hybrids and increasingly electric vehicles, will cut into gasoline sales from refiners. While automakers have to worry about complying with state level fuel standards, refiners simply want to sell more fuel. Marathon’s CEO Gary Heminger told investors in early December on a conference call that the rollback in fuel economy standards would mean the refining industry would sell an additional 350,000 to 400,000 bpd of gasoline.

Some experts argue that the gutting of auto emissions standards would likely result in the largest impact on US greenhouse gas emissions out of any other initiative pursued by the Trump administration, including the rolling back of methane limits, gutting the Clean Power Plan, or opening up vast new acreage for more oil and gas drilling.

The cleaning up of the electricity sector – more renewable energy, and a coal-to-gas switch – is happening on its own, due to pricing pressure from cheaper and cleaner sources of energy. Transportation is a tougher nut to crack and stricter federal standards have been critical to improving fuel economy.

But oil refiners were never going to sit on the sidelines and let federal regulations cut into their sales.

Amy Myers Jaffe, a Senior Fellow on Energy and the Environment at the Council on Foreign Relations, summed up the New York Times investigation on twitter.

The oil industry argues that regulations are not needed because the US is such a large producer of oil. This sentiment has permeated much of the political establishment as well, and helps explain the sudden indifference to the selling off of the strategic petroleum reserve (SPR) after decades of rigorous safeguarding of the stockpile. Washington seems to think that producing more oil insulates the country from supply risks.

But it doesn’t matter how much oil the US produces, motorists are always going to be vulnerable to price swings so long as they burn a lot of fuel. Even recent data demonstrates this to be true. US gasoline demand actually declined in the third quarter compared to a year earlier, a sharp drop off due to the run up in global crude oil prices. The fact that the US was breaking oil production records did very little to insulate drivers from the price spike. It’s true that US shale has contributed to lower global prices, but removing the most effective demand-side policy from the toolbox is really self-destructive.

This article was originally published on Oilprice.com

Movie star, former California governor and global environmental activist Arnold Schwarzenegger has announced that he is taking oil companies to court “for knowingly killing people all over the world.”

“This is no different from the smoking issue. The tobacco industry knew for years and years and years and decades, that smoking would kill people, would harm people and create cancer, and were hiding that fact from the people and denied it. Then eventually they were taken to court and had to pay hundreds of millions of dollars because of that,” Schwarzenegger said at a live recording of Politico’s ‘Off Message’ podcast. 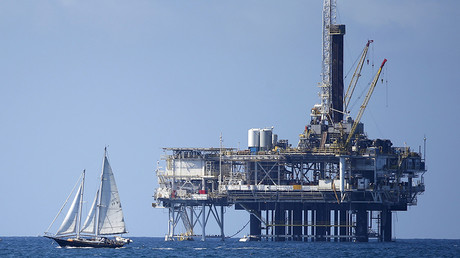 The actor added that “The oil companies knew from 1959 on, they did their own study that there would be global warming happening because of fossil fuels, and on top of it that it would be risky for people’s lives, that it would kill.”

Schwarzenegger revealed that he’s in talks with several private law firms and is preparing a filing.

“We’re going to go after them, and we’re going to be in there like an Alabama tick. Because to me it’s absolutely irresponsible to know that your product is killing people and not have a warning label on it, like tobacco,” he said.

The former professional bodybuilder argued that at the very least, this would raise awareness about fossil fuels and encourage people to look to alternative fuels and clean cars.

“I don’t think there’s any difference: If you walk into a room and you know you’re going to kill someone, it’s first degree murder; I think it’s the same thing with the oil companies.”