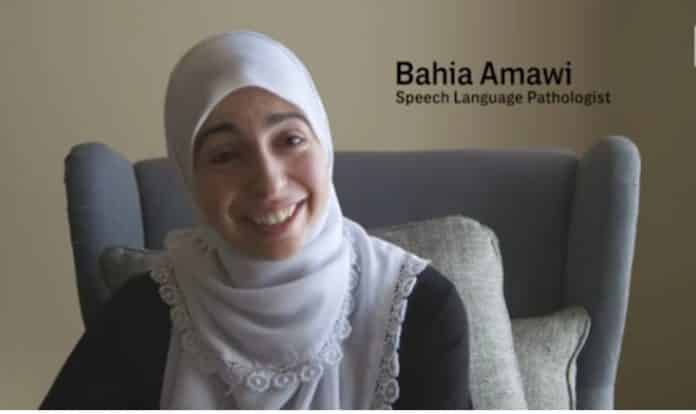 New York, NY – On his latest column for The Intercept, published December 17, 2018, co-founding editor Glenn Greenwald has written about the case of a children’s speech pathologist in Austin, Texas, who had her contract with a public school district terminated after she refused to sign an oath vowing that she “does not” and “will not” engage in a boycott of Israel or “otherwise tak[e] any action that is intended to inflict economic harm” on that foreign nation.

According to Greenwald’s exclusive reporting, Bahia Amawi, an U.S. citizen with a Master’s degree, has worked for the last nine years with developmentally disabled students (spanning the ages of 3 to 11) in Austin and is the only certified Arabic-speaking speech pathologist in the district. The refusal to renew her contract has the potential to significantly impact many children in Pflugerville, a suburb of Austin –– a county with a growing Arabic-speaking immigrant community.

The anti-BDS clause which Amawi refused to sign is the result of “a state law enacted on May 2, 2017, by the Texas State Legislature and signed into law on May 4 by GOP Governor Greg Abbott.” According to the reporting, 26 states have enacted anti-BDS laws and similar bills are pending in another 13 states.

Click here for an exclusive video interview with Bahia Amawi:

Glenn Greenwald is one of three co-founding editors of The Intercept. He is a journalist, constitutional lawyer, and author of four New York Times best-selling books on politics and law. His most recent book, “No Place to Hide,” is about the U.S. surveillance state and his experiences reporting on the Snowden documents around the world. Prior to co-founding The Intercept, Glenn’s column was featured in the Guardian and Salon. He was the debut winner, along with Amy Goodman, of the Park Center I.F. Stone Award for Independent Journalism in 2008, and also received the 2010 Online Journalism Award for his investigative work on the abusive detention conditions of Chelsea Manning.

For his 2013 NSA reporting, he received the George Polk Award for National Security Reporting; the Gannett Foundation Award for investigative journalism and the Gannett Foundation Watchdog Journalism Award; the Esso Premio for Excellence in Investigative Reporting in Brazil (he was the first non-Brazilian to win), and the Electronic Frontier Foundation’s Pioneer Award. Along with Laura Poitras, Foreign Policy magazine named him one of the top 100 Global Thinkers for 2013. The NSA reporting he led for the Guardian was awarded the 2014 Pulitzer Prize for public service.

About The Intercept:
The Intercept, a publication of First Look Media, was launched in 2014 to provide an outlet for fearless, adversarial journalism. Our reporters have the editorial freedom to hold powerful institutions accountable, digging beneath official narratives to reveal the hidden truth. The Intercept’s award-winning coverage focuses on national security, politics, civil liberties, the environment, technology, criminal justice, media, and more. Regular contributors include co-founding editors Glenn Greenwald and Jeremy Scahill.