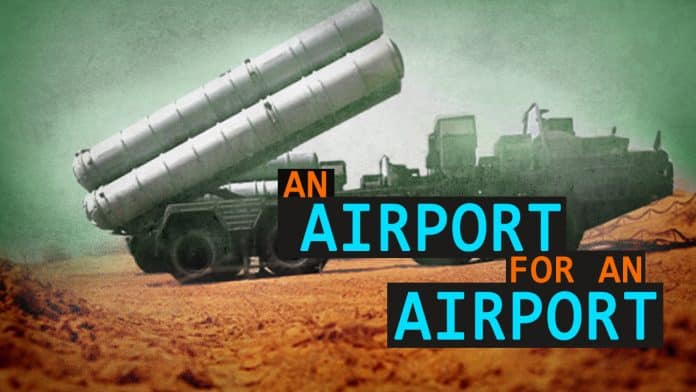 The Syrian Armed Forces will respond by force to any Israeli attack on its bases as a part of new policy, which was adopted by the Syrian leadership following the incident with the Russian Il-20 plane last September, the Kuwaiti al-Ra’i newspaper reported on December 15 citing a high-ranked Syrian official.

According to the same report, Moscow gave Damascus a green light for such actions in response to attacks that would destroy Syrian military capabilities or kill foreign advisers supporting the Syrian Arab Army (SAA).

The source denounced Israel’s claims regarding the destruction of the Syrian missile capabilities and claimed that Damascus had received medium and long range missiles guided with the Russian satellite navigation system, GLONASS. The report says that the SAA can use these missiles to respond to Israeli attacks.

Meanwhile, media reports appeared that an Israeli military delegation, which recently visited Moscow, complained to the Russian side that Hezbollah in Syria uses Russian flags to defend its positions and military convoys from Israeli airstrikes.

The cover-up flags were supposedly seen in positions of Iran and Hezbollah in Hama, Homs, Idlib and the central desert.

A week ago, Colonel Mustafa Bakkor, a spokesman for Jaysh al-Izza, made a very similar claim. According to Bakkor’s claim, Iranian forces in northern Hama are raising Russian flags over their positions in order to “protect themselves from Israeli bombardment.”

The most interesting question is: If Israel was really able to identify these positions, and was sure that there were no Russian service members there, what difference the presence of these flags did make?

U.S. officials have warned the Free Syrian Army against participating in the upcoming Turkish military operation in northeastern Syria, the Turkish Anadolu Agency reported on December 15. In a message allegedly sent to different FSA factions and to the National Coalition for Syrian Revolutionary and Opposition Forces, Washington vowed to strike any group that would participate in the attack and to end its relations with it.

During the last few days, opposition sources confirmed that factions of the Turkish-backed National Front for Liberation and the Syrian National Army are ready to participate in the upcoming operation with more than 15,000 fighters.

In turn, the YPG expanded its operations against Turkey-led forces in Afrin. Over the past few days, the YPG claimed that it had killed 5 Turkish soldiers with an anti-tank guided missile near the village of Kimar, blown up a vehicle of the Sultan Murad Division in the village of Qastal Miqdad, killing 2 militants and injuring 2, as well as killed 4 and injured 5 members of the Sham Legion near the villages of Dersiwan and Nebi Houri.

On December 15th, the US-backed Syrian Democratic Forces, the YPG is their core, vowed a strong response to any Turkish attack, claiming that Turksih actions are undermining the SDF operation against ISIS in the Hajin area.