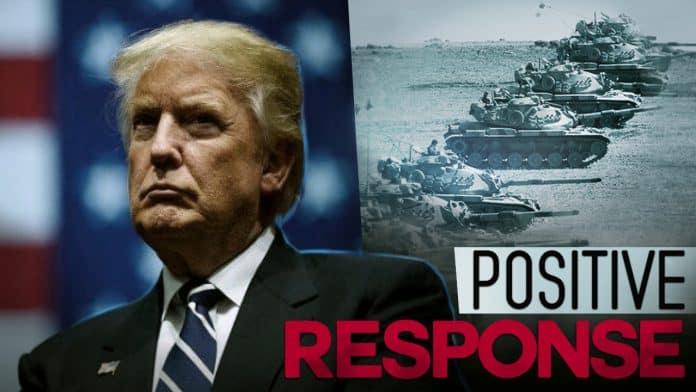 Turkey is ramping up its military preparations and propaganda campaign ahead of a possible attack on the Kurdish People’s Protection Units (YPG) in northeastern Syria.

On December 17, President Recep Tayyip Erdogan declared that the Turkish Armed Forces (TAF) can start an “operation any moment now in Syrian territory at any place, especially along the 500-kilometer border, without harming U.S. soldiers”.

He recalled his demands that Kurdish armed groups must least the border region, first of all the area of Manbij. “If they don’t go, we will send them,” Erdogan said adding that US President Trump has gave a positive response to the expected TAF operation.

During a speech at the Atlantic Council in Washington DC, US Special Representative for Syria Engagement James Jeffrey said that “any offensive into northeast Syria by anyone is a bad idea”. However, at the same time, he described the US relations with the Syrian Democratic Forces (SDF), which mostly consist of YPG members, as “tactical” and “transactional”.

The TAF has also increased their strikes on the Kurdistan Workers’ Party (PKK), which Ankara sees as a parent organization of the YPG, in northern Iraq. Over the past few days, Turkish warplanes eliminated about a dozen of PKK positions in the region.

On December 18, Turkey’s Defense Minister Hulusi Akar stressed that the TAF will not allow the Sinjar region to be turned into a stronghold of the PKK and called on the Iraqi government to assist in this.

Baghdad has repeatedly criticized Turkey for its cross-border operations in the region, but it does have no resources to force Ankara to stop its activity now.

In eastern Syria, the SDF captured the town of Hajin from ISIS, according to pro-Kurdish sources. The same sources claim that over 200 ISIS members were killed during the past few days there.

Despite this, ISIS is still in control of a number of positions near Hajin. Clashes are being reported in the area.