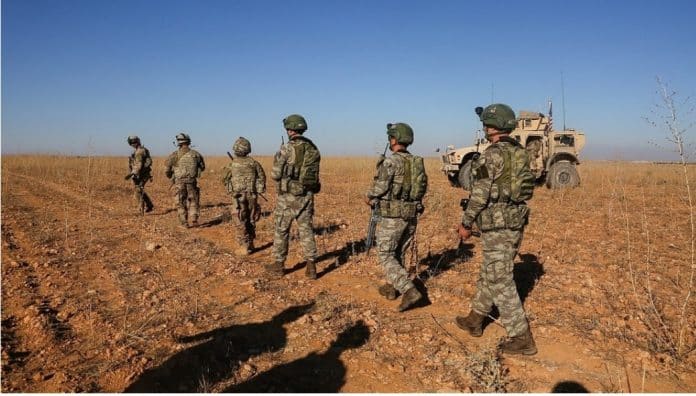 President Donald Trump’s decision to declare ISIS defeated and order a full US withdrawal from Syria has been met with anger and disbelief by the Washington establishment that hoped for regime change in Damascus.

Trump declared victory over Islamic State (IS, formerly ISIS/ISIL) on Wednesday morning, as media reported that some 2,000 or so US troops will leave Syria within 60 to 100 days. Though Trump had openly spoken about wanting to leave Syria back in March, senior officials in his administration have said that US forces would stay there indefinitely.

CNN’s Jake Tapper reacted to the announcement by quoting an anonymous Pentagon official who saw it as a victory for Russian President Vladimir Putin.

Responding to this, a Pentagon official asks me: “so when does Russia announce their victory?” https://t.co/1kWL3XH9oT

there are no easy answers in Syria & getting troops home is a worthy goal, but…

2) abrupt withdrawal will not only breathe new life into ISIS, but also amounts to a dangerous abandonment of our allies & strategic goals in the region. https://t.co/w4wUk1ap2U

Senator Marco Rubio (R-Florida), known as a foreign policy hawk, also disagreed with a withdrawal, calling it a “colossal” mistake and a “grave error that’s going to have significant repercussions in the years and months to come.”

Rubio echoed Lehrich’s assessment that the US withdrawal would turn Syria over to Russia and Iran, adding that it might lead to another conflict between Israel and the Iranian-backed Hezbollah, and lend strength to the (hypothetical) argument by Russia and China that Washington is an “unreliable ally.”

Sen. Rubio: “The decision to withdraw an American presence in Syria is a colossal, in my mind, mistake — a grave error that’s going to have significant repercussions in the years and months to come.” https://t.co/bAqgAlxw2rpic.twitter.com/4qZ3hmn1DW

Another foreign policy hawk, Senator Lindsey Graham (R-South Carolina) said the pullout would be “a huge Obama-like mistake,” enabling the revival of IS and putting the Kurds at risk.

With all due respect, ISIS is not defeated in Syria, Iraq, and after just returning from visiting there — certainly not Afghanistan.

“I expect ISIS will be back in some form within a year, and expelling Iran from Syria will not be achieved if the US is not in Syria at all,” he told the UAE-based The National, adding that a more likely outcome would be “a possible military confrontation between Turkey and the Kurds, at least in the border area, if Russia allows that.”

The Washington Post’s foreign policy editor Jackson Diehl wondered how Trump’s national security adviser John Bolton felt about the withdrawal, given his recent statements about the US staying in Syria as long as any Iranian-backed forces were there, meaning indefinitely.

I wonder how John Bolton is feeling this morning. It’s been less than three months since he announced the US would not leave Syria unless and until Iran did. https://t.co/Mwck57QeR1

Critics of the US involvement in Syria, however, cheered on the news of the withdrawal, pointing out that the real mistake was Washington getting involved in the attempt to overthrow the government in Damascus in the first place.

Um…Lindsey? Take your meds. Obama is the moron who got us INTO Syria. So getting us OUT of Syria would by definition NOT be an “Obama-like” mistake. https://t.co/91dHqwmp84

If the #US pull out all its forces from the north-east of #Syria, and I mean ALL, this is time to celebrate for all Syrians and declare the day of the last US soldier withdrawal THE independence day.

The main source of trouble to the ME claim it is pulling out? Am I dreaming?

One satirical news site perhaps put it best, “reporting” that both the left and the right were taking aim at Trump for “breaking with the longstanding American tradition of remaining in Middle Eastern countries indefinitely.”

Washington to Continue to Pressure Damascus, Tehran After US Troops Leave Syria

US President Donald Trump did not discuss in advance his decision to withdraw US troops from Syria with Turkish President Recep Tayyip Erdogan, a senior US official told reporters on Wednesday.

“President [Trump] and President Erdogan speak regularly,” the official said on Wednesday. “The President had made his own decision. It was not something he discussed with President Erdogan. He has informed President Erdogan of his decision as a neighbor of Syria. Obviously, it’s going to be an important issue for Turkey but this was not a topic of discussion, it was informational.”

Meanwhile, the United States will continue to vigorously utilize all tools available to affect the government of Syrian President Bashar Assad and his Iranian supporters after the American troops are withdrawn from the Middle Eastern country, a senior administration official told reporters.”We will continue to robustly employ the broader tools that we have across the government to try to affect the behavior the Assad regime, of his Iranian enablers,” the official said on Wednesday.

On Tuesday, the White House announced removal of all troops deployed in Syria, and the Pentagon said they have already started the process of returning US servicemen home. All State Department staff will evacuate from Syria within 24 hours, and the armed forces will be withdrawn in a period of 60 to 100 days, according to media reports.

Pentagon Aims to Train Up to 40,000 Local Stabilization Troops in Syria

A senior administration official also told reporters that the US Defense Department is currently working on a timeline for the US forces’ pullout from Syria.”Our understanding is that we will be doing this re-positioning of troops and assets in an orderly fashion,” the official said on Wednesday. “The timeline is being designed, and I am going to refer you to the Pentagon on the logistics and the process for that, because they are working on it right now.”

Meanwhile, Moscow would like to clarify what the United States means by the “next phase” of its Syria campaign which has been announced after the withdrawal of the US troops from the Middle Eastern country has been declared, the Russian Foreign Ministry’s spokeswoman, Maria Zakharova, said. 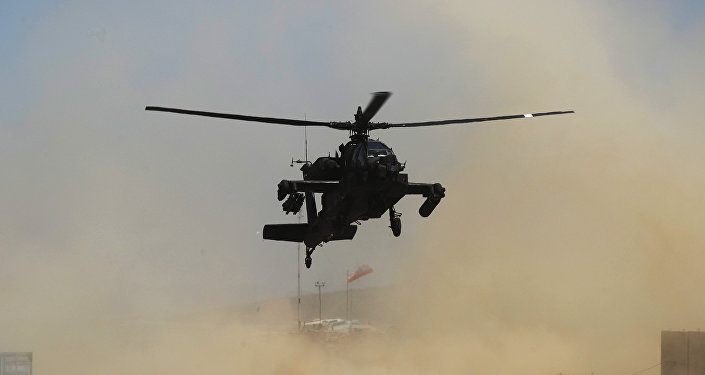 “The United States has said that it had switched to a new phase, an unknown phase. There are no details but it allegedly includes the withdrawal of troops … Of course, we would like to understand what this new phase and the new stage of the Syria campaign entails. And may it not turn out the way it happened in Afghanistan. You know this better than me. [The United States said] no, we fully withdraw the troops, and now we send them back. And this has been happening for years,” Zakharova told Channel One broadcaster.The diplomat noted that the US withdrawal from Syria was “a return to the norms of the international law.”

“I would like to remind you that they stayed there illegally, despite all the loud statements on the fight against the IS[Daesh],” Zakharova pointed out.