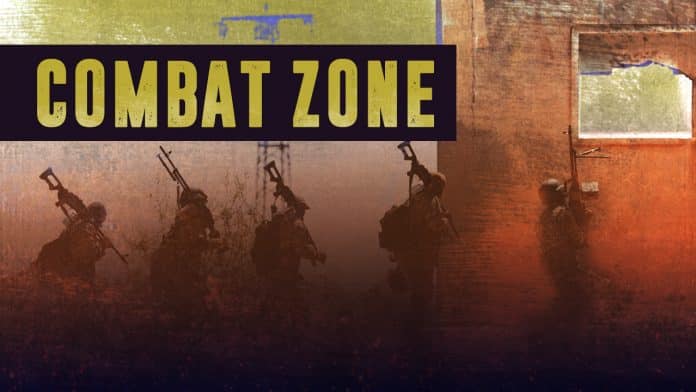 A former servicemen of the Russian Airborne Troops, Aleksandr Dudchenko, has been killed by a mortar shelling in northern Latakia, according to reports in Russian media outlets.

The incident reportedly took place near the town of Kinsaba, where Dudchenko came under fire from the Turkish-backed National Front for Liberation (NFL). Local sources say that he was among Russian private military contractors that operate in the country.

During the past few weeks, the NFL, other pro-Turkish militant groups as well as Hayat Tahrir al-Sham (formerly Jabhat al-Nusra) and its allies violated the ceasefire regime in the Idlib de-escalation zone multiple times. On some parts of the contact line, such as northern Hama, they even carried out limited ground attacks, which were repelled.

At the same time, local activists say that Turkish servicemen in cooperation with members of militant groups prevent civilians from leaving the Idlib zone through the existing humanitarian corridor under various pretexts.

These developments are another strong signal that the militancy problem in western Syria cannot be solved by peaceful means alone. In the nearest future, Idlib militants will continue their attacks on positions of the Syrian Arab Army (SAA) hiding behind the so-called ceasefire regime and accusing the SAA of violations every time government forces respond to these attacks.

On December 19, State Department Deputy Spokesperson Robert Palladino officially denied that US President Donald Trump had given a “green light” to a Turkish military operation against Kurdish armed groups east of the Euphrates. According to Palladino, the December 17 remarks by Turkish President Recep Tayyip Erdogan were a misstatement.

Meanwhile, the State Department notified Congress of a proposal to sell the Patriot air and missile defense system to Turkey. The potential $3.5 billion deal, which includes 20 missile launchers, is something Turkey had been seeking for a long time before deciding to buy a Russian-made S-400 system. This US move is a part of the ongoing behind the doors bargain between the Trump administration and the Erdogan government on the conflict in Syria and the Turkish stance on Russian and Iranian actions in the region in general.

Iraqi President Barham Salih will make an official visit to Damascus in the next few days for the first time since the start of the Syrian conflict in 2011, an Iraqi diplomatic source told the Russian state-run news agency Sputnik on December 18. This visit follows the visit of Sudanese President Omar Al-Bashir to Damascus on December 17. Al-Bashir became the first Arab leader to travel to Syria since the start of the war. These diplomatic developments show that despite the still complicated situation in the country, Damascus is steadily improving its diplomatic stand in the region.