Home WarZone Trump Signals Withdrawal of US Troops from Syria 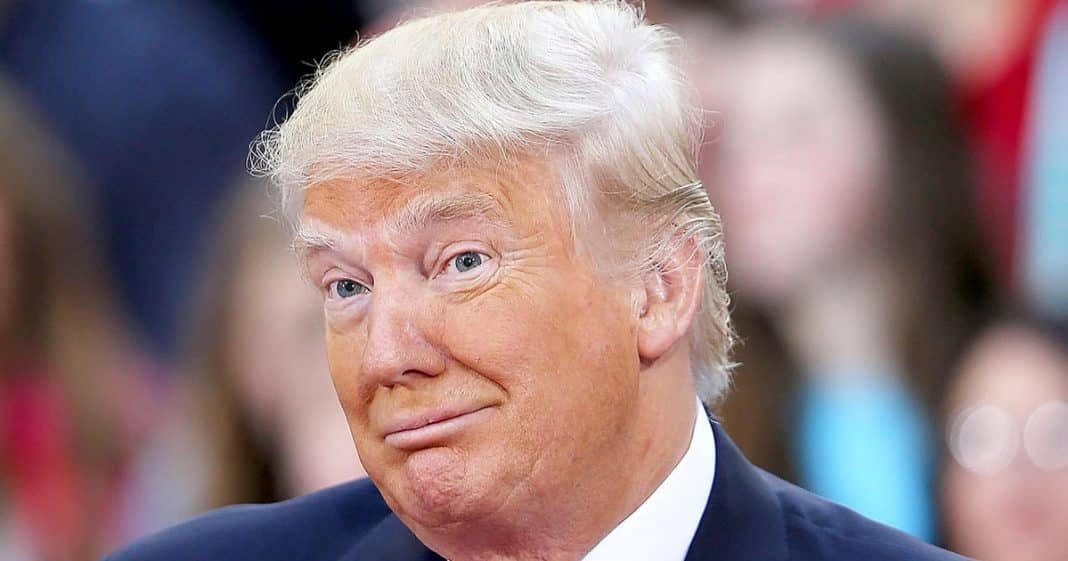 In a succinct tweet on Wednesday, Donald Trump has announced a momentous policy decision that the Trump administration will soon be pulling out the US troops from Syria and Iraq. Although the current redeployment of American troops will only be limited to northern Syria to appease the US-ally Turkey where it has been a longstanding demand of President Erdogan that Turkey will not tolerate the presence of the US-backed Kurdish forces west of Euphrates River, it can be expected in the coming months that Washington will withdraw American forces from eastern Syria and Iraq as well.

President Trump said in the tweet, “We have defeated ISIS in Syria, my only reason for being there during the Trump Presidency.” Thus, Washington has finally acknowledged its humiliating defeat in a country it never formally invaded, but where it waged a devastating proxy war for the last seven years that gave birth to myriads of militant groups, including the Islamic State.

Similarly, the United States lent its support to the militants during the Libyan and Syrian proxy wars, but after achieving the policy objectives of toppling the Arab nationalist Gaddafi regime in Libya and weakening the anti-Israel Assad regime in Syria, the United States relinquished its blanket support to the militants and eventually declared a war against a faction of Sunni militants battling the Syrian government, the Islamic State, when the latter transgressed its mandate in Syria and dared to occupy Mosul and Anbar in Iraq in June 2014 from where the US had withdrawn its troops only a couple of years ago in December 2011.

The only difference between the Soviet-Afghan Jihad back in the 1980s that spawned Islamic jihadists such as the Taliban and Al-Qaeda for the first time in history and the Libyan and Syrian proxy wars 2011-onward is that the Afghan jihad was an overt jihad: back then, the Western political establishments and their mouthpiece, the mainstream media, used to openly brag that the CIA provides all those AK-47s, rocket-propelled grenades and stingers to Pakistan’s intelligence agencies, which then distributes those deadly weapons among the Afghan so-called “freedom fighters” to combat the Soviet troops in Afghanistan.

After the 9/11 tragedy, however, the Western political establishments and corporate media have become a lot more circumspect, therefore this time around they have waged covert jihads against the Arab-nationalist Gaddafi regime in Libya and the anti-Zionist Assad regime in Syria, in which Islamic jihadists (aka terrorists) have been sold as “moderate rebels” with secular and nationalist ambitions to the Western audience.

Since the regime change objective in those hapless countries went against the mainstream narrative of ostensibly fighting a war against terrorism, therefore the Western political establishments and the mainstream media are now trying to muddle the reality by offering color-coded schemes to identify myriads of militant and terrorist outfits operating in Syria: such as the red militants of the Islamic State and Al-Nusra Front, which the Western powers want to eliminate; the yellow Islamic jihadists, like Jaysh al-Islam and Ahrar al-Sham, with whom the Western powers can collaborate under desperate circumstances; and the green militants of the Free Syria Army (FSA) and a few other inconsequential outfits which together comprise the so-called “moderate” Syrian opposition.

It’s worth noting, moreover, that the Syrian militant groups are no ordinary bands of ragtag jihadist outfits. They were trained and armed to the teeth by their patrons in the security agencies of Washington, Turkey, Saudi Arabia and Jordan in the training camps located along Syria’s border regions with Turkey and Jordan.

Along with Saddam’s and Egypt’s armies, the Syrian Baathist armed forces are one of the most capable fighting forces in the Arab world. But the onslaught of militant groups during the first three years of the proxy war was such that had it not been for the Russian intervention in September 2015, the Syrian defenses would have collapsed.

The only feature that distinguishes the Syrian militants from the rest of regional jihadist groups is not their ideology but their weapons arsenals that were bankrolled by the Gulf’s petro-dollars and provided by the CIA in collaboration with regional security agencies of Washington’s traditional allies in the Middle East.

While we are on the subject of Islamic State’s weaponry, it is generally claimed by the mainstream media that Islamic State came into possession of the state-of-the-art weapons when it overran Mosul in June 2014 and seized huge caches of weapons that were provided to Iraq’s armed forces by Washington.

Is this argument not a bit paradoxical, however, that Islamic State conquered large swathes of territory in Syria and Iraq before it overran Mosul when it supposedly did not have those sophisticated weapons, and after allegedly coming into possession of those weapons, it lost ground?

The only conclusion that can be drawn from this fact is that Islamic State had those weapons, or equally deadly weapons, before it overran Mosul and that those weapons were provided to all the militant groups operating in Syria, including the Islamic State, by the intelligence agencies of their regional and global patrons.

If we were to draw parallels between the Soviet-Afghan jihad during the 1980s and the Syrian proxy war of today, the Western powers used the training camps located in the Af-Pak border regions to train and arm Afghan jihadists against the Soviet troops in Afghanistan.

Similarly, the training camps located in the border regions of Turkey and Jordan were used to provide training and weapons to Sunni Arab militants battling the Shi’a-led Syrian government with the collaboration of Turkish, Jordanian and Saudi intelligence agencies.

During the Afghan jihad, it is a known historical fact that the bulk of the so-called “freedom fighters” was comprised of Pashtun Islamic jihadists, such as the factions of Jalaluddin Haqqani, Gulbuddin Hekmatyar, Abdul Rab Rasul Sayyaf and scores of other militant outfits, some of which later coalesced together to form the Taliban movement.

Similarly, in Syria the majority of the so-called “moderate rebels” were comprised of Sunni Arab jihadists, such as Jaysh al-Islam, Ahrar al-Sham, al-Nusra Front, the Islamic State and myriads of other militant groups, including a small portion of defected Syrian soldiers who go by the name of Free Syria Army (FSA).

Moreover, apart from Pashtun Islamic jihadists, various factions of the Northern Alliance of Tajiks and Uzbeks constituted the relatively “moderate” segment of the Afghan rebellion, though those “moderate” warlords, like Ahmad Shah Massoud and Abul Rashid Dostum, were more ethnic and tribal in character than secular or nationalist, as such. Similarly, the Kurds of the so-called “Syrian Democratic Forces” can be compared to the Northern Alliance of Afghanistan.

Recently, the Islamic State’s purported “terror franchises” in Afghanistan and Pakistan have claimed a spate of bombings against the Shi’a and Barelvi Muslims who are regarded as heretics by Takfiris. But to contend that the Islamic State is responsible for suicide blasts in Pakistan and Afghanistan is to declare that the Taliban are responsible for the sectarian war in Syria and Iraq.

Secondly, and more importantly, the insurgency in the border regions of Afghanistan and Pakistan is a Pashtun uprising which is an ethnic group native to Afghanistan and northwestern Pakistan, while the bulk of the Islamic State’s jihadists is comprised of Arab militants of Syria and Iraq.

The so-called “Khorasan Province” of the Islamic State in the Af-Pak region is nothing more than a coalition of several breakaway factions of the Taliban and a few other inconsequential local militant outfits which have pledged allegiance to the Islamic State’s chief Abu Bakr Al-Baghdadi in order to enhance their prestige, but which don’t have any organizational and operational association, whatsoever, with the Islamic State proper in Syria and Iraq.

Conflating the Islamic State either with Al-Qaeda, the Taliban or with myriads of ragtag local militant groups is a deliberate deception intended to mislead public opinion in order to exaggerate the threat posed by the Islamic State which serves the scaremongering agenda of Western and regional security establishments.