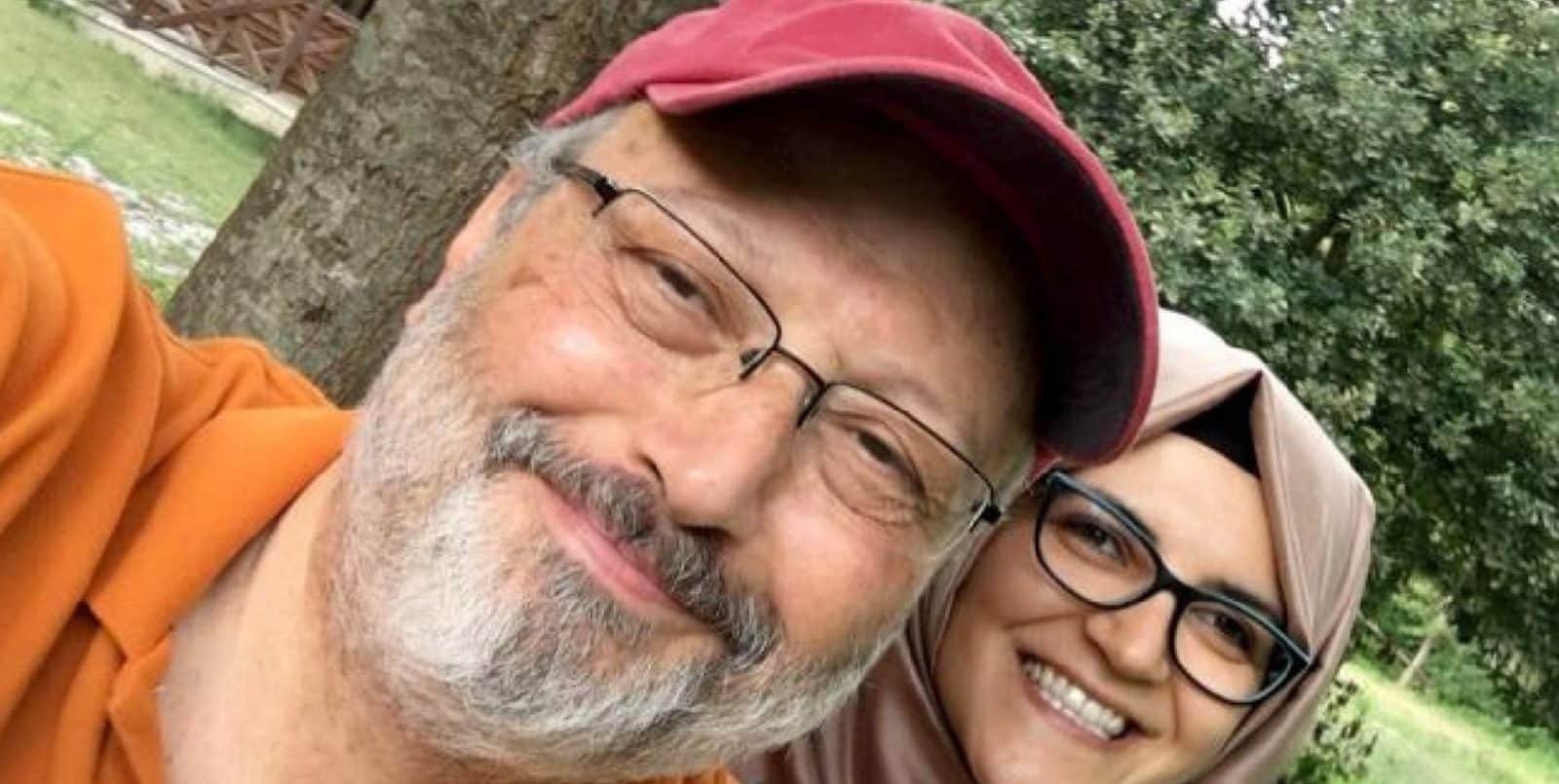 In a momentous policy decision on Wednesday, the Trump administration has decided to pull out the US troops from Syria. Although the current redeployment of American troops will be limited only to northern Syria to appease the US-ally Turkey where it has been a longstanding demand of the Turkish President Erdogan that Turkey will not tolerate the presence of the US-backed Kurdish forces west of the Euphrates River, according to the US officials, Washington will fully withdraw American forces from Syria within the next 60 to 100 days.

Clearly, an understanding has been reached between Washington and Ankara. According to the terms of the agreement, the Erdogan administration has released the US pastor Andrew Brunson on October 12, which has been the longstanding demand of the Trump administration, and has also decided not to make public the audio recordings of the murder of Jamal Khashoggi, which could have implicated another US-ally the Saudi Crown Prince Mohammad bin Salman in the assassination; and in return, the Trump administration has given a free hand to Ankara to mount an offensive in the Kurdish-held areas in northern Syria and has also decided to withdraw 2000 US troops from Syria.

Regarding the murder of the Saudi dissident Jamal Khashoggi at the Saudi consulate in Istanbul on October 2, a question would naturally arise in the minds of astute readers of alternative media that why did the mainstream media, Washington Post and New York Times in particular, take the lead in publicizing the assassination?

One apparent reason could be that Khashoggi was an opinion columnist for The Washington Post, which is owned by Jeff Bezos, the owner of Amazon. The Washington Post has a history of working in close collaboration with the CIA because Bezos had won a $600 million contract [1] in 2013 to host the CIA’s database on the Amazon’s web-hosting service.

It bears mentioning that despite the Saudi Crown Prince Mohammad bin Salman being primarily responsible for the war in Yemen that has claimed tens of thousands of lives and has created a famine in Yemen, the mainstream media hailed him as a “moderate reformer” who brought radical reforms in the conservative Saudi society by permitting women to drive and by allowing cinemas to screen the Hollywood movies.

So what prompted the sudden change of heart in the mainstream media that the purported “moderate reformer” was all of a sudden vilified as a brutal murderer? It could be the nature of the brutal assassination, as Khashoggi’s body was barbarically dismembered and dissolved in acid, according to the Turkish sources.

More significantly, however, it was the timing of the assassination and the political mileage that could be gained from Khashoggi’s murder in the domestic politics of the US. Khashoggi was murdered on October 2, when the US midterm elections were only a few weeks away.

Donald Trump and his son-in-law Jared Kushner in particular have known to have forged close business relations with the Saudi royal family. It doesn’t come as a surprise that Donald Trump chose Saudi Arabia and Israel for his first official overseas visit in May last year.

Thus, the mainstream media’s campaign to seek justice for the murder of Jamal Khashoggi was actually a smear campaign against Donald Trump and his conservative political base, which is now obvious after the US midterm election results have been tallied. Even though the Republicans have retained their 51-seat majority in the Senate, the Democrats now control the House of Representatives by gaining 39 additional seats.

Clearly, two factors were mainly responsible for the surprising defeat of the Republicans in the US midterm elections. Firstly, the Khashoggi murder and the smear campaign mounted by the neoliberal media, which Donald Trump often pejoratively mentions as “fake media” on Twitter, against the Trump administration.

Secondly, and more importantly, the parcel bombs sent to the residences of George Soros, a dozen other Democratic Congressmen and The New York Times New York office by Cesar Sayoc on the eve of the elections. Although the suspect turned out to be a Trump supporter, he was likely instigated by shady hands in the US deep state, which is wary of the anti-establishment rhetoric and pro-Russia tendencies of the so-called “alt-right” administration.

Another reason why the Trump administration has given a free hand to the Erdogan administration to mount an offensive against the Kurdish-held areas in northern Syria is that Ankara has been drifting away from Washington’s orbit into the Kremlin’s sphere of influence. Turkey, which has the second largest army in NATO, has been cooperating with Russia in Syria against Washington’s interests since last year and has placed an order for the Russian-made S-400 missile system.

In order to understand the significance of relationship between Washington and Ankara, it’s worth noting that the United States has been conducting air strikes against targets in Syria from the Incirlik airbase and around fifty American B-61 hydrogen bombs have also been deployed there, whose safety became a matter of real concern during the failed July 2016 coup plot against the Erdogan administration; when the commander of the Incirlik airbase, General Bekir Ercan Van, along with nine other officers were arrested for supporting the coup; movement in and out of the base was denied, power supply was cut off and the security threat level was raised to the highest state of alert, according to a report [2] by Eric Schlosser for the New Yorker.

Regarding the recent cooperation between Moscow and Ankara in the Syrian civil war, although the proximate cause of this détente seems to be the attempted coup plot against the Erdogan administration in July 2016 by the supporters of the US-based preacher, Fethullah Gulen, this surprising development also sheds light on the deeper divisions between the United States and Turkey over their respective Syria policy.

After the United States reversal of “regime change” policy in Syria in August 2014 when the Islamic State overran Mosul and Anbar in Iraq in early 2014 and threatened the capital of another steadfast American ally, Masoud Barzani’s Erbil in the oil-rich Iraqi Kurdistan, Washington made the Kurds the centerpiece of its policy in Syria and Iraq.

It’s worth noting that the conflict in Syria and Iraq is actually a three-way conflict between the Sunni Arabs, the Shi’a Arabs and the Sunni Kurds. Although after the declaration of war against a faction of Sunni Arab militants, the Islamic State, Washington has also lent its support to the Shi’a-led government in Iraq, the Shi’a Arabs of Iraq are not the trustworthy allies of the United States because they are under the influence of Iran.

Therefore, Washington was left with no other choice than to make the Kurds the centerpiece of its policy in Syria and Iraq after a group of Sunni Arab jihadists, the Islamic State, transgressed its mandate in Syria and overran Mosul and Anbar in Iraq in early 2014 from where the United States had withdrawn its troops only a couple of years ago in December 2011.

The US-backed Syrian Democratic Forces are nothing more than the Kurdish militias with a symbolic presence of mercenary Arab tribesmen in order to make them appear more representative and inclusive in outlook.

Turkey, on the other hand, has been more wary of the separatist Kurdish tendencies in its southeast than the Iranian threat, as such. But after the recent concession by the Trump administration to let Ankara mount an offensive against the Kurds in northern Syria in order to deny them space west of the Euphrates River, the ball is now in Erdogan’s court whether he maintains a balance in relations between the Kremlin and Washington or once again takes Turkey back to the status of the client state of Washington.

[1] Jeff Bezos Is Doing Huge Business with the CIA, While Keeping His Washington Post Readers in the Dark:

[2] The H Bombs in Turkey by Eric Schlosser: