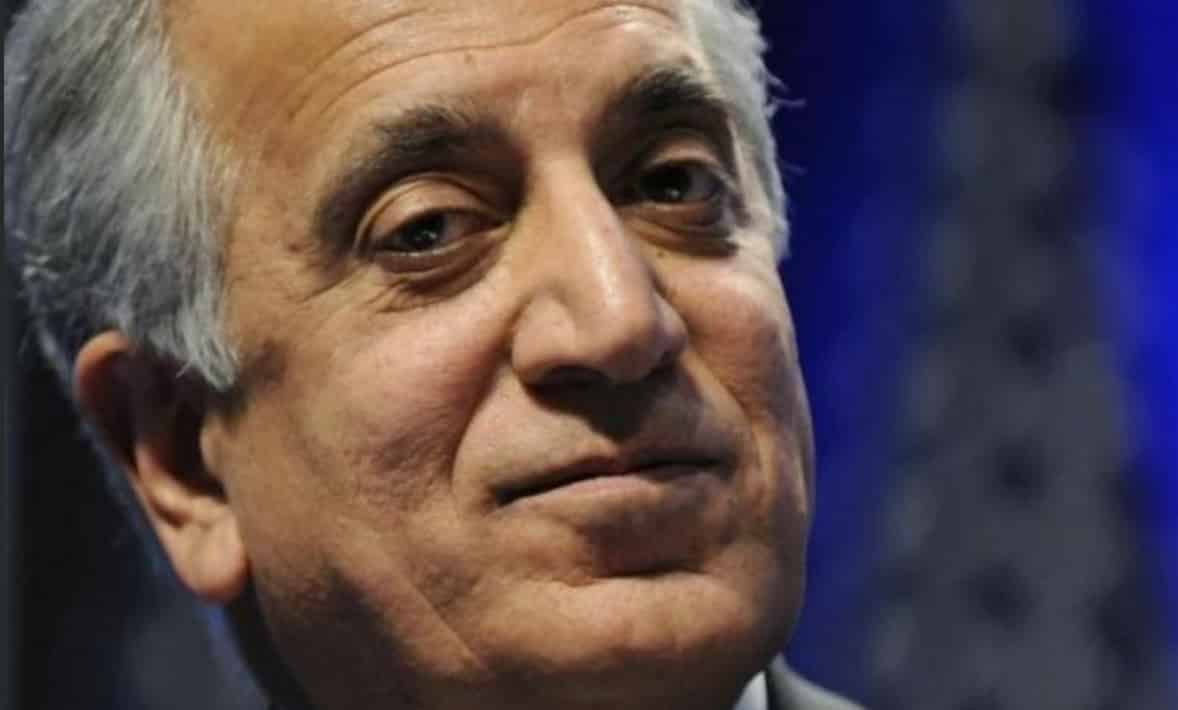 Peace talks in Afghanistan have gained momentum and third round of direct talks between the US and the Taliban have taken place at UAE. Next session will be held at Doha. Donald Trump who till recent was breathing fire and had shunned the option of peace, has suddenly changed his bellicose stance and is now keen to end the 17-year war and arrive at a political settlement at the earliest by engaging with the Taliban. The US assertion to instantly ceasefire and restore peace is governed by the coming presidential election in Afghanistan in April next year which cannot be held under the current volatile security conditions.

The ANSF backed by the 18000 occupying foreign troops equipped with massive airpower have not been able to contain the offensive of the Taliban and no day passes without attacks and casualties. 95% of attacks are mounted by the Taliban. Hard pressed Ashraf Ghani has doled out the bait of 50% share in the ministries and governorship in ten provinces to the Taliban subject to their agreeing to support and take part in the election, but the Taliban refuse to talk to the puppet government. With every passing day the military balance is tilting in favor of the Taliban.

Trump regime had hoped that reckless use of airpower will weaken the Taliban and enable them to dictate terms but it didn’t happen. It has understood the hopeless situation and ultimately concluded that negotiations and not military force will resolve the imbroglio. Besides the Taliban surge, growing links of Russia, Iran and Turkey with the Taliban has vexed Washington. Trump administration had hoped that by applying multiple pressures on Pakistan, it will be able to force Pakistan to either bring the Taliban on the negotiating table on the American terms, or else fight the Taliban on the battlefield. Failing to browbeat Pakistan, Trump had to eat a humble pie and write to PM Imran Khan to facilitate peace talks with the Taliban. Pakistan obliged and played a role in arranging third round of talks at UAE on 17 December, which were also attended by Zalmay Khalilzad, and representatives from Saudi Arabia and UAE.

While the Taliban do not want to hold talks with the Ghani-Abdullah unity government, they are sticking to their demands of firm date of exit of foreign troops, release of their prisoners and allowing them freedom of movement after removing their leaders from the UN/US blacklist. The US however is more interested in six-month ceasefire and negotiations, and has also asked the Taliban to cut off their relations with Russia, Iran and Turkey. The Taliban have flatly refused saying that that these countries and Pakistan are their friends and have added that the heavy presence and influence of India in Afghanistan is unacceptable. Knowing the past record of USA of backtracking from their commitments, the Taliban have asked Pakistan, Saudi Arabia and UAE to act as guarantors of peace treaty.

Amidst the hopes of peace in Afghanistan, Zalmay has suddenly sprung a surprise by coming out with a novel idea of confederation between Pakistan and ailing, violence ridden Afghanistan to achieve peace and much needed prosperity in this war torn region. He is on a peace mission but enjoys poor reputation owing to his disreputable reputation. His sole interest is to safeguard the US interests and none else, but he can do little to protect the geo-economic interests of USA residing in Afghanistan’s unexplored mineral resources and oil/gas of Central Asia stretching up to the Caspian Sea.

Since power had been snatched from the Taliban in 2001, and they now stand on a position of strength, peace agreement would be on their terms. The only reassurance the Taliban will give is that they will not use Afghan soil for terrorism abroad. In a futile bid to give an impression that the sole super power has not lost the war but drawn the match, an idea of confederation has been floated by Zalmay. This idea can dilute the negative impact on USA and also can justify prolonged stay of USA in this region.

Giving a bait to the Taliban, Zalmay pleads his case by saying, “Give them, no weapons, no logistic and financial support, but direly needed jobs where they are residing to make them find alternative and to be productive by getting involved in bread earning engagements. Give them recognition, to very those who put their lives secondary to their cause. Let them have a city or a province of their own to conduct their affairs Shariah compliant”. He hastens to add, “What is wrong in it for the silly world who has guts to allow gay marriages protected by the law”.

Yet another idea floated by Zalmay is to convert Northern Areas of Pakistan into a Mega Medical Province with the help of donor countries, UNO, Bill Gates, Warren Buffet Foundation, UNICEF, and support of 1000 richest families of Pakistan and 1000 richest families of the world, lending institutions, oil rich Gulf States. From the money collected, houses, orphanages, medical centres, hospitals, universities, hostels, resorts, airports, roads, railways, bridges etc. will be built and opened for tourists, students, sick and depressed people from all over the globe. He suggests building homes for the neglected and the separated, mostly western, elderly people for a managed living to spend their final days in comfort of beautiful valleys, excellent climate, healthy environment at a fraction of the cost they incur back at their home places, with secured hostels for the students, doctors, paramedical staff and the teaching faculties plus hotels for the visitors. He suggests a total ban on smoking and other tobacco usage to make the region a health resort.

He feels that it would make those areas economically viable and self-sustainable; provide employment and skill enhancement opportunities for the local population to live in peace, while engaged in bread earning noble tasks in the field of health services. He urges the philanthropists to come forward and re-create Pakistan and Afghanistan and set a good example for rest of the World to follow. He adds, “Let us not wait for someone to bring flowers, let us plant our own garden”.

He goes on, “Challenge them (Taliban) to explore natural resources, find new frontiers in economic endeavors, reclaim lands, find and mine rich deposits, lead them to find a good purpose to pursue. Let them find a new lease of a happy and peaceful life with sound sleeps at nights with good wages and do not leave them alone to be found by others who are determined to cause mischief and save them from giving up lives in suicide bombings with no fruitful ends for them or for their loved ones”.

The idea is fascinating and seem like a fairyland in the making. In other words, he envisions a paradise on earth where people would come to get rehabilitated, educated and enjoy life. It will open multiple avenues for jobs and help in alleviating the poverty of the have-nots living in that area and surroundings and also will benefit others wanting to invest and earn profits.

What he fails to see is that the next door paradise on earth has been converted into hell by Indian occupying forces. All records of cruelty and human rights abuses have been broken by India in order to maintain their illegal hold over Indian Occupied Kashmir (IOK). The IOK is the world’s most militarized garrison and the biggest open prison in the world where well over 100,000 Muslim Kashmiris have been killed, 14000 women raped and gang raped, children blinded with pellet guns, tens of thousands detained in torture chambers and their properties destroyed. While IOK is in illegal occupation since October 1947, the reign of terror was unleashed in 1989 and there is no letup, and the conscience of the UN and the world is dead.

Why has Zalmay not included Kashmir in Northern Areas, and why has he not felt the need to restore IOK into its original position of paradise? If he means peace, job opportunities and prosperity, this is exactly the primary purpose of CPEC, which interestingly runs through the Northern Areas and has been objected to by India and USA. Who can deny that CPEC has emerged as the biggest threat to the future imperialist designs of Indo-US-Israel nexus?

CPEC has the potential to break the strategic encirclement of China by USA and its partners, and of Pakistan by India. It can make China the leading economic power of the world, and Pakistan economically self-reliant. The trio is therefore hell-bent to scuttle it but cannot.

This harebrained scheme has been floated to disrupt CPEC and to entice Pakistan and make it run after the mirage. Had USA been sincere in its intentions and utilized $ 1.5 trillion in rebuilding and rehabilitating Afghanistan rather than dropping tons of bombs on the people of Afghanistan, fighting the futile war on terror and wasting the money in covert operations, it could have converted Afghanistan into a paradise and also saved Pakistan from the 17-year bloodshed. The string pullers of Great Game are up to new monkey tricks. Irrespective of the tricks, the road to peace in Afghanistan has been paved and some headway is expected in 2019.