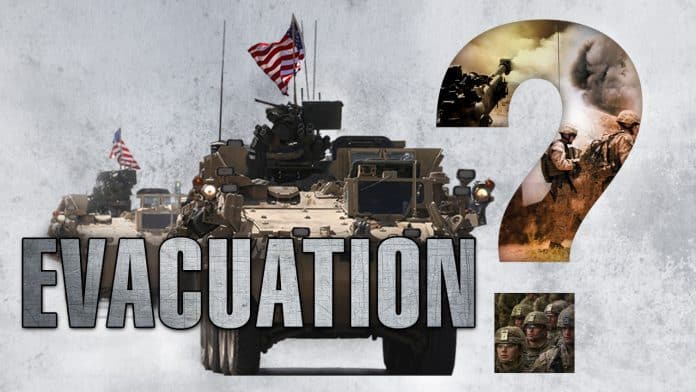 While the White House has still provided no comprehensive details on the real form of the so-called US troops withdrawal from Syria, the move has already had impact on the development of the conflict.

Reports in the mainstream media citing various sources suggest that the US-led coalition is also going to evacuate its base in the area of al-Tanf and to halt an aerial campaign in the country. If these reports are confirmed, militant groups operating in the area could find themselves abandoned in face of superior forces of the Damascus government.

According to pro-government sources, the Syrian Arab Army and Iranian-backed militias are currently deploying reinforcements to eastern Syria. Earlier reports appeared that the Russian military had set up several positions near the al-Tanf zone.

The so-called Syrian Democratic Forces (SDF), which are now the main US proxy in northeastern Syria, condemned Trump’s decision to reduce the US military involvement in an official statement. The statement claimed that the decision would have “dangerous consequences” to international security and that it is “disappointing the hopes of the peoples of the region for security and stability.”

The SDF still hopes that if the US withdraws, France and the UK, two other countries that have special forces deployed in the war-torn country, would help it to keep the seized territories under control. However, its representatives have already initiated negotiations with Damascus.

According to the existing data, one of the suggestions is that the SDF would transfer control over oil and gas fields on the eastern bank of the Euphrates River to the Damascus government. In response, the Syrian Arab Army would have to set up a network of checkpoints on the border between Turkey and the SDF-held part of Syria.

Meanwhile, the security situation continues to remain complicated in the Idlib demilitarization zone where members of Hayat Tahrir al-Sham and other militant groups have carried out several attacks on SAA positions.

If the situation, by some reason, escalates in eastern Syria, Hayat Tahrir al-Sham and its allies will likely use it to increase military pressure on the SAA in northern Hama and northern Latakia.