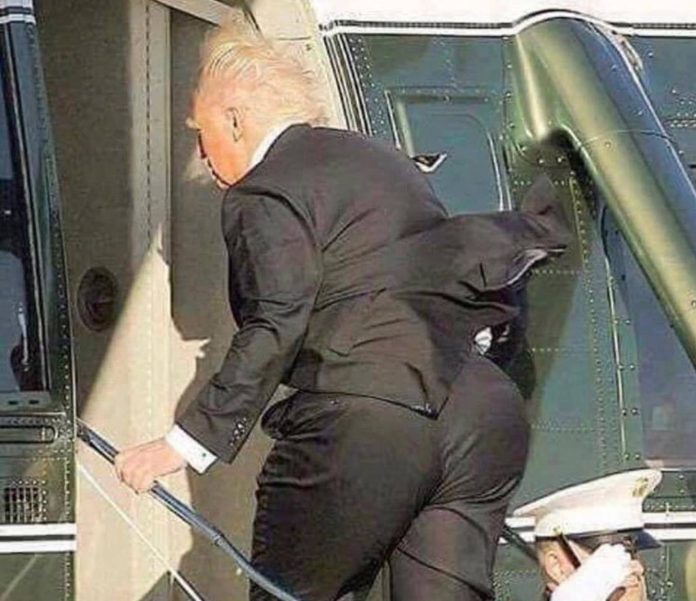 Finian Cunningham (born 1963) has written extensively on international affairs, with articles published in several languages. Originally from Belfast, Northern Ireland, he is a Master’s graduate in Agricultural Chemistry and worked as a scientific editor for the Royal Society of Chemistry, Cambridge, England, before pursuing a career in newspaper journalism. For over 20 years he worked as an editor and writer in major news media organizations, including The Mirror, Irish Times and Independent. Now a freelance journalist based in East Africa, his columns appear on RT, Sputnik, Strategic Culture Foundation and Press TV.
Trump’s abrupt call for US troops to leave Syria is being lambasted by his domestic critics as “a gift to Russia.” The paradox is that peace signals on Syria could bode sharper conflict with Russia in Ukraine. Hardly a gift.

President Trump’s announcement via Twitter of a military pullout from Syria is best understood as a superficial political move.

The subsequent prompt resignation by his Defense Secretary James Mattis – within hours of Trump’s declared withdrawal – shows the president is deeply at odds with the Pentagon. Military officials say they were blindsided by Trump. Mattis’ resignation, therefore, came as a rebuke.

Trump’s feel-good rhetoric in announcing the Syria move betrays his egotistical craving to be seen as bestowing a Christmas goodie to his voter base.

“We have won against ISIS. Our boys, our young women, our men – they’re all coming back and they’re coming back now,” said Trump in self-congratulatory tone.

Given the embarrassing funding setback this week to his much-ballyhooed plans for the border wall with Mexico, Trump badly needed to throw his voter base a bone. Bringing “our boys” back from Syria is the president’s consolation gift in the season of goodwill.

The stunned reaction from Democrat and Republican lawmakers, as well as NATO allies, who all deprecated the troop withdrawal plan, shows that Trump is acting impetuously, looking for a political bounce among his supporters, especially after his signature Mexican wall project hitting a funding dead-end in Congress.

Russia has welcomed Trump’s pullout decision for Syria, saying that it potentially could help consolidate a political settlement in the Arab country wracked by nearly eight years of war.

Also on rt.com Trump orders Syria troop pull-out & Hollywood ‘liberals’ go bananas Nevertheless, President Vladimir Putin noted in his annual press conference this week that it remains to be seen if the planned US withdrawal actually materializes. Only a couple of months ago, national security advisor John Bolton declared US forces would be in Syria for as long as Iranian forces were present.

A phalanx of critics lined up to excoriate Trump over this “victory” announcement. Republican senators, including loyalists like Lindsey Graham, joined with Democrats to slam the move as a concession to “our enemies” – Russia and Iran. Media pundits and so-called liberal Hollywood celebrities also piled in with similar accusations that Trump was pandering to Russia. Of course, that view fits in with the fantasy of Trump being a stooge for Putin.

What seems to escape the assorted “stay in Syria brigade” is that US troops are illegally present in the country. American forces – about 2,000 on the ground as well as warplanes – are in violation of international law since they do not have a UN Security Council mandate, nor authorization from Syria’s government.

In any case, the notion that Trump’s military withdrawal, or “retreat” as some critics put it, is a signal for peace or “gift” to Russia is woefully misplaced.

Earlier this week, Kurt Volker, the Trump administration’s envoy to Ukraine, told a forum in Brussels that $250 million worth of military equipment was on its way to the US-backed regime in Kiev.

That latest installment is in addition to the $1 billion of military assistance Washington has provided the Kiev regime since it seized power in February 2014 with the US-backed coup. It was the Trump administration that broke new ground from former president Obama when it signed off on $47 million in “lethal military supply” to the Kiev regime this year in the form of anti-tank javelin missiles. 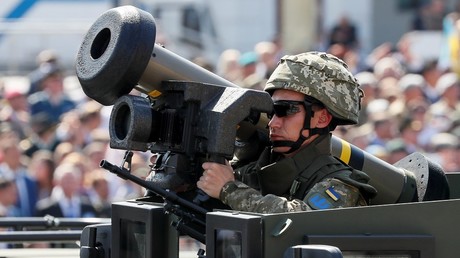 Also this week, some 41 US senators signed a resolution calling for “freedom of navigation” exercises in the Black Sea and for more lethal military assistance “to defend Ukraine from Russian aggression”. Among those senators is Tom Cotton (R-AR), one of the most hawkish anti-Russia lawmakers. Ominously for US-Russia relations, Cotton is tipped in media reports as taking over from Mattis as the next Secretary of Defense.

Russia’s Foreign Minister Sergey Lavrov has warned that the US and other NATO powers are coaching the Kiev regime to instigate provocations against Russia for the purpose of providing a pretext to hit Moscow with further sanctions. As with the incident on November 25 when three Ukrainian warships infringed Russia’s maritime borders, Moscow’s legitimate response of defending its territory is distorted by Western governments and media as “aggression.” This then allows anti-Russian politicians to call for more punitive sanctions on Moscow and to whip up more demonization of Putin and his government.

There are serious portents that the Kiev regime is planning to launch more provocations against Russia in the same vein as the Kerch Strait incident on November 25. A senior Kiev official, Alexander Turchinov, almost bragged to the BBC this week that more naval incursions were imminent. He also indicated that NATO vessels could be joining future Ukrainian attempted forays through the Kerch Strait.

It has to be borne in mind that the politically unstable Neo-Nazi regime in Kiev is itching for a confrontation with Russia. The regime, which honors Nazi figures like Stepan Bandera who collaborated with the German Third Reich’s exterminatory policy against Russia, is motivated by rabid Russophobia; and, secondly, by a desperate desire to save its decrepit state by inciting a war with Russia and getting NATO to ride to its rescue.

American and European Atlanticist politicians are so inebriated with anti-Russian propaganda and ideology that they have bought into the Kiev narrative of “Russian aggression.” Reports of increasing NATO trainers present among the Kiev regime’s forces building up against ethnic Russian people in the breakaway Donbas eastern region of Ukraine, as well as suspicions of Western coaching of provocations against Russia – all indicate a grave risk of war breaking out.

Trump’s decision to pull troops out of Syria is only a superficial signal of peace. It certainly does not mean that Washington is somehow making concessions to Russia. Far from it, in fact, as developments in Ukraine indicate the US is moving towards a greater confrontation with Moscow.

Paradoxically, as American forces withdraw from Syria, the Pentagon, Washington hawks and their cheerleader media will have more focus on fueling conflict in Ukraine with Russia in their deluded mission to “defend the free world against Russian aggression.” 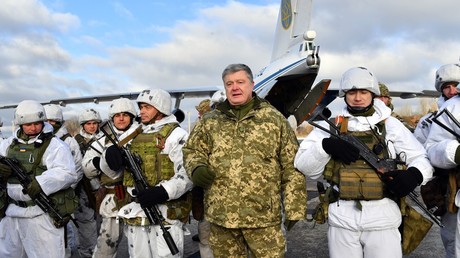 American political analyst Randy Martin says it would be foolish to read too much into Trump’s Syria move per se. He contends the move is more about Trump’s capriciousness, with no strategic intent.

“The abrupt nature of it smacks of the petulant child-like behavior that has come from Trump from the get-go. It’s his typical irrational behavior. In doing so, he appears to have blindsided the top brass and allies alike,” commented Martin.

The analyst added, however, that US withdrawal from Syria has wider and more ominous implications for Ukraine and Russia.

“As war in Ukraine seems imminent, withdrawal from Syria removes a potential distraction for American military planners and a hot spot that could complicate US presence in Syria with Russia. If Washington is intent on antagonizing Moscow, as it seems to be, then it would be better to consolidate the antagonism on one front – Ukraine.”