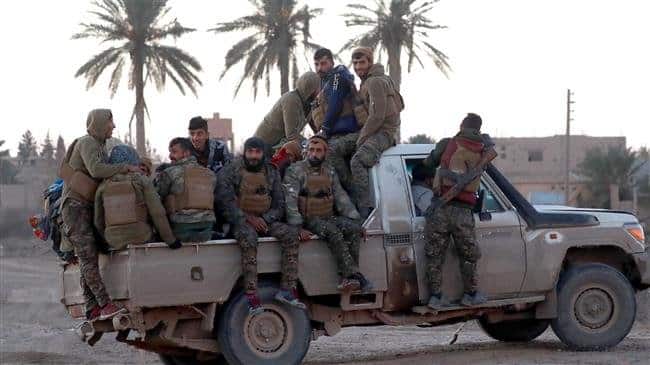 [ Editor’s Note: It was no surprise to hear that Macron was jumping at the chance to claim anyway, that France would fill the US shoes with the Syrian Kurds. But where Erdogan was concerned about the US, he will not be about France.

The “support” term use by the French is a strong indication that Macron wanted to get some world stage news coverage while he is up to his fanny in yellow vest alligators, with the police unions threatening to go on strike next and protest themselves. They have endured austerity cutbacks, much like Ian reports from Britain, where 9-11 calls can go unanswered, and if you have a burglary, the police might not even respond.

US federal workers, the first to have their pay stopped in the shutdown, got coal in their stocking from Donald and Congress who were equally responsible. The border-wall standoff was made-to-order for a lame-duck Congress. The continued illegal immigration leakage has created a suction to draw more from Central America to roll the dice on crashing the gates into the US, most of the single males, tough guys.

I was shocked to read in one of the immigration background cases that we are now a repository for abused spouses, or ones that claim to be anyway, as a judge has ruled that as grounds for making an asylum application. I wonder what isn’t?

The Trump pull out from Syria is going to keep him in the news over the holidays. He might as well enjoy the fun now, because when the Dems get back from recess, Donald will be getting a different taste of the job, from the House anyway... Jim W. Dean]

A French official says his country has pledged backing for the so-called Syrian Democratic Forces (SDF), a US-backed anti-Damascus alliance of mainly Kurdish militants, amid the planned withdrawal of American troops from the Arab country.

The Elysee Palace official said that advisers to French President Emmanuel Macron had assured SDF of their support in a meeting with the group’s figures, including co-chairs Ilham Ahmed and Riad Darrar, in Paris on Friday.

“The advisers passed on a message of support and solidarity and explained to them the talks France had with US authorities to continue the fight against Daesh,” the official added.

The remarks came two days after President Donald Trump unexpectedly announced that the US would be pulling all its 2,000 forces out of Syria. He also claimed victory over the Daesh Takfiri terror outfit in the war-torn state.

However, France, a leading member of the US-led coalition, purportedly fighting Daesh in Syria, said that it would keep troops in Syria.

“For now of course we remain in Syria,” France’s European Affairs Minister Nathalie Loiseau said on CNews television, noting “the fight against terrorism is not over.”

Separately, the French Foreign Ministry said in a statement that Paris had started talks with Washington on the timeframe and conditions for the US’s Syria withdrawal.

Meanwhile, Turkey, which has opposed American support for the SDF because it believes they are the same group as the outlawed Kurdistan Workers’ Party (PKK), stressed that it would take over the fight against Daesh in Syria.

American and Turkish officials told The Associated Press that Trump had made the decision for the Syria pullout during the December 14 telephone conversation with Erdogan.

On Thursday, Turkish Defense Minister General Hulusi Akar warned that Kurdish militants operating east of the Euphrates River would be “buried in the ditches” they dig.

“Now we have Manbij and the east of the Euphrates in front of us. We are working intensively on this subject,” he was quoted as saying by Anadolu news agency.

“Right now it is being said that some ditches, tunnels were dug in Manbij and to the east of the Euphrates. They can dig tunnels or ditches if they want, they can go underground if they want, when the time and place comes, they will be buried in the ditches they dug. No one should doubt this.”

In another development on Saturday, US Secretary of State Mike Pompeo told Iraqi Prime Minister Adil Abdul-Mahdi that Washington would continue operations in the Arab country despite the Syria exit.

Abdul-Mahdi’s office said in a statement that he had “received a phone call from Pompeo who explained the details of the upcoming withdrawal from Syria and affirmed the United States is still committed to fight Daesh and terrorism in Iraq and other areas.”