VT and the Grand Mufti are coordinating efforts to host a series of conferences on Christianity in the Middle East.  Conferences are already planned in up to five Russian cities  for 2019 at the personal invitation of Russian President Vladimir Putin.

We are awaiting a similar invitation from US President Donald Trump.  If there is to be a new Syrian policy then it would be necessary for the US to finally begin interacting with Syrian leaders and become more aware of the damage done, much of it at the hands of America’s unenlightened policies.

The Grand Mufti has made it his life’s work to protect Syria’s Christian population and to fight Islamic extremism in Syria.  Syria, as Israel once had been, is a secular nation, now the last in the Middle East, the last bastion of real religious freedom, something denied Syrian citizens under occupation by US-Saudi backed ISIS and al Qaeda private military contractors. 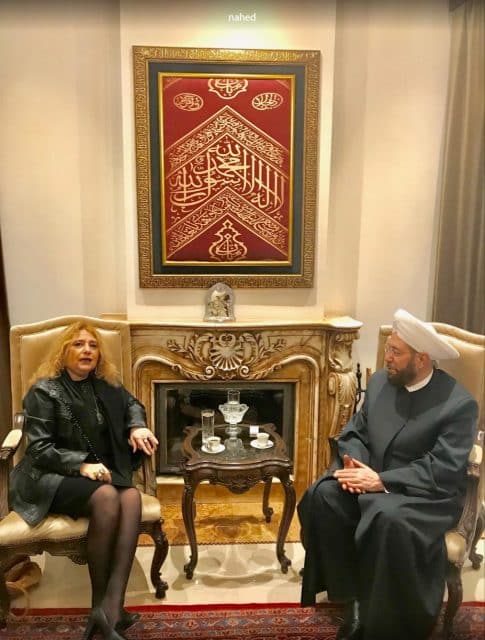 If you were not aware, fighters from 30 nations including China, Indonesia, Malaysia and the Philippines, were hired and flown across the planet to Turkey, Israel and Jordan, armed and trained and unleashed on the people of Syria and Iraq.

All of this was done with full complicity of Israel, the United States, Britain and France.

Saudi Arabia has been at war with Christianity, using Wahhabist terrorism and a coalition of corrupt Middle East “toadies,” for generations.  Turkey is almost as bad with anti-Christian extremist, Erdogan, persecuting Christians while openly courting the United States. 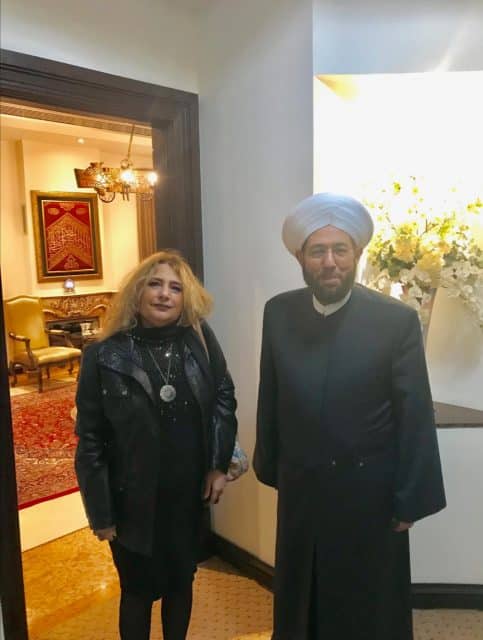 In January, Erdogan will be visiting Trump in Washington, after hoodwinking the “orange buffoon” into leaving Syria for all the wrong reasons.  Mainstream media sees this as a split between National Security Advisor John Bolton and Trump on Iran’s diminishing role in Syria.  In truth, Iran’s forces inside Syria have been returning home for months and the process of arming Hezbollah in Lebanon, that Israel whines about so much, is equally overblown.

You see, as major Hezbollah military elements using air cover along with armor and artillery, and Russian training, have been a major component in defeating ISIS, much more of a component than the United States, Israel, should it choose to war on Lebanon again as in 2006, would likely suffer an even more humiliating defeat.

Little Iranian help would be needed.

Few Americans have any idea of the Middle East.  Let’s begin with Israel.  Until the rise of Islam, Judea and Samaria, the lands that now make up much of Israel, were entirely Christian.  There was no Jewish population.

What Jews existed were Sephardic, living in North Africa or the Iberian Peninsula or spread across Persia and Iraq, even into areas now part of Afghanistan, Pakistan, Kashmir and even China.

The tone of Middle Eastern civilization under Rome and later the Eastern Empire and its inheritor, the Ottomans, was essentially Greek, built on the framework set by Alexander and the Ptolemies.

Greek dominated as a language with the Semitic languages, Aramaic, Arabic and Hebrew a local “patois.”

There were no “Semitic” people nor are there to this day, “Semitic” is a language group, not a race or ethnicity.  Ethiopians are “semitic” yet extremely unwelcome in Israel because of their African racial heritage.

You see, Israel is primarily settled by Eastern Europeans or a racial mix of Turkish-Russian origin, many if not most, from the Khazarian Empire whose population was scattered due to Mongol incursions.

This is explained by Jewish scientist and VT contributor, Dr. Eran Elhaik of Johns Hopkins Universities Bloomberg School of Human Health in his 2008 article “The Missing Link of Jewish European Ancestry:  Contrasting the Rhineland and the Khazarian Hypotheses.”

This is published below with the approval of Dr. Elhaik:

Genome Evolution of Jewish … by on Scribd

It is vital that American Christians understand that, when Western Europe was in ruins and Rome a minor backwater, the Christian cities of Cairo, Istanbul, Damascus, Nineveh, Aleppo, Baghdad, Amman, Jerusalem and so many others made up the Christian world.

Christianity “crept” into Europe through the Pyranees and the Cathars or through Ireland, then Scotland and back to Bohemia, Italy, and eventually, centuries later, across Europe.  The process took hundreds, not dozens, of years.

Today we have a situation where the Christian populations of the Middle East walk on the blade of a knife every day, subject to persecution, even mass rape, kidnapping and slavery, which continued to go on and does to this day under the watchful eye of American forces in Iraq and Syria.

Someone has to speak for Christianity, particularly when even Israel has begun to openly disenfranchise its Christian population and allow regular attacks on prominent Christian sites.

What needs to be done is simple.  Christians in the Middle East need to be identified, their status protected and those in diaspora, particularly those sold into slavery or living in refugee camps, must be allowed to return, something the US has privately opposed.

I worked closely with the Christian communities in Mosul and Erbil when I was in Iraq with the UN and have many good friends there.  What needs to be done is to identify those who exploit religious hatred and fear for their own ends and for them to be brought to justice.

Looking at Saudi Arabia and the UAE is a beginning, then to Turkey and Israel.