Sputnik/Moscow: Scores of US Army veterans who fought in Iraq and Afghanistan had their class action lawsuit challenging their “bad paper,” or less-than-honorable discharges approved on Friday.

Such discharges deprive veterans of military benefits like mental health care, disability benefits and scholarships, even in cases when the discharges were linked to conditions like Post-Traumatic Stress Disorder (PTSD) and service-related traumatic brain injuries. Such discharges also impede veterans’ career prospects.

The class action lawsuit, which was aided by the Yale Law School clinic, comprises claims from 50,000 former service members whose bad paper discharges stem from infractions of which the underlying cause could have been attributed to such an undiagnosed condition.

There are many different kinds of discharges from the US military. A “bad paper” discharge refers to when a service member is discharged because of some kind of misconduct — usually minor — that is not met with a court martial, which is required for a person to be dishonorably discharged.

More than 650,000 servicemembers — nearly one-third of the 2 million Americans that served in Iraq and Afghanistan — suffer from PTSD. Despite the high number of troops afflicted with the condition, the US military continues to issue less-than-honorable discharges at higher rates than previous generations and often for minor infractions, the lawsuit alleges.

The Army Discharge Review Board (ADRB) allows veterans to appeal such discharges but frequently denies claims of veterans with mental health conditions. The lawsuit argues that these denials are not in compliance with recently issued Department of Defense policies that sought to address the issue.

“Almost five years ago, the Department of Defense ordered the Army and other service branches to take into account the role that PTSD and other mental health conditions play in veterans’ discharges,” Jordan Goldberg, a law student in the Yale Veterans Legal Services Clinic, said in a statement, according to a Friday story by the New Haven Register. 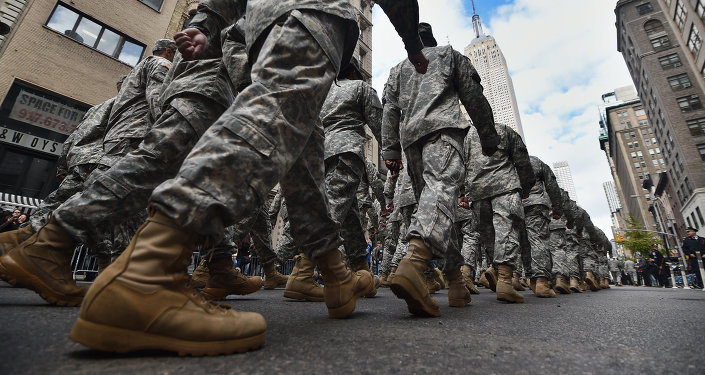 Sad Reality: US Fails to Take Care of PTSD-Stricken Veterans Amid ‘Epidemic’ of Mass Shooting

“But the ADRB continues callously to dismiss veterans’ claims in open defiance of these rules. This lawsuit is about holding the Army to its commitments and securing justice for the veterans whose honorable service has gone unrecognized for too long,” Goldberg said.

“This decision means that thousands of servicemembers who have been denied the support of VA resources because of an unfair discharge status may have another chance at relief,” Steve Kennedy, one of the two plaintiffs named in the case, said.

The certification of the plaintiff’s lawsuit follows the approval of another lawsuit by US Navy and US Marine veterans in November who have similar claims to the Army veterans. Both cases are pending in the state of Connecticut.