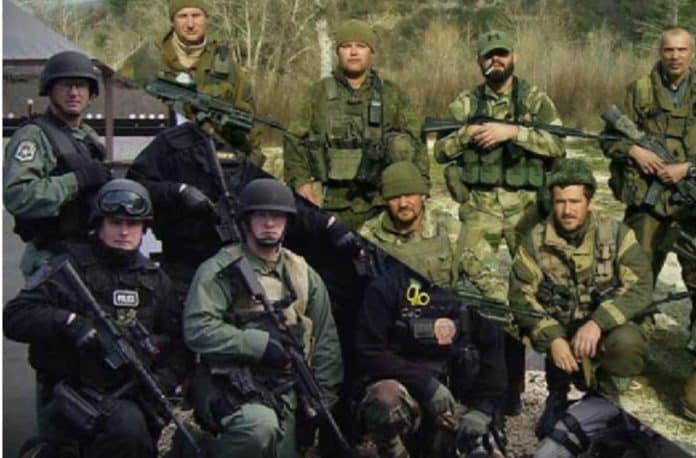 Donald Trump withdraws the US contingent from Syria, because for him the wall on the border with Mexico is more important. So says the chief researcher of the Institute of the USA and Canada, RAS, Vladimir Vasiliev .

Pravda: The White House said that US President Donald Trump will not change his decision about the withdrawal of American troops from Syria , despite the resignation of Pentagon chief James Mattis and other high-ranking officials. About this in an interview with the FAA said the Acting Chief of Staff of the White House, Mike Mulvani.

As Pravda. Ru told Vladimir Vasilyev, chief researcher at the Institute of American and Canadian Studies at the Russian Academy of Sciences, “the main problem that has arisen before Trump today is to attract additional funding for the construction of a wall along the border with Mexico .

“For Trump, the wall is 10 times more important than Syria. Immigration policy is in second place after the economy within the framework of the priorities of his administration. For Trump, that’s all,” said Vladimir Vasilyev. According to the expert, in circumstances where the Senate did not approve the required amount of $ 5.8 billion and allocates only 1.8 billion for its construction, Trump has only one additional source – the Fund for Financing Antiterrorist or Counter-Terrorism Activities Outside the US 68 billion dollars.

“Today there are terrorists, there are no terrorists tomorrow. It is impossible to plan here, therefore the Fund, unlike tough ministerial budgets, allows for reprogramming of funds,” the expert noted.

Therefore, according to the Americanist, the President of the United States refuses to maintain the contingent in Syria, and throws the released funds on the construction of the wall. “Trump once again emphasized that he was ready to go very far to ensure his priority. He goes to conflict with the military leadership and the elite. This is a warning:“ If you prevent me from building the wall, I will even go to change the configuration of global US interests, “said Vladimir Vasilyev.

The expert noted that the American press is discussing the question of whether the American regular troops are leaving, but that private military companies (PMCs) are coming. “Instead of the Pentagon, Blackwater comes. We should not let this prospective part out of sight. Since these are private companies, we can equate them to terrorist organizations and strike them with the help of aviation and other means, considering that national American forces “, – concluded the expert.

Recall that  on February 7, 2018, as a result of Washington’s revenge for the Syrian attack on the headquarters of the pro-American Kurdish formations, Russian citizens from Wagner’s private military company were killed . The American side claimed that “when the shelling started, the Russian side was asked to be seen as their own”, in response to the American side was informed that “there were no Russians there”.