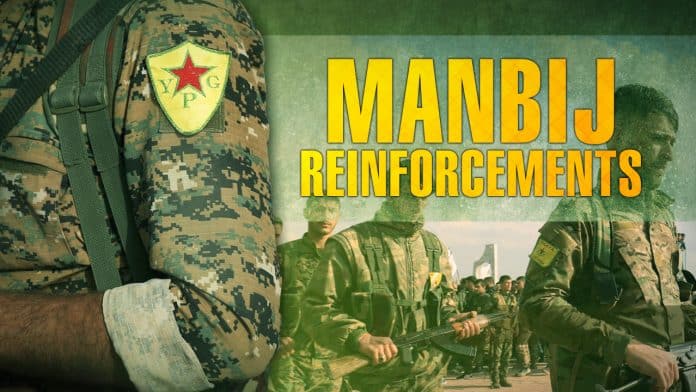 On December 25, the US-backed Syrian Democratic Forces continued their low-intensity effort to defeat ISIS in the Hajin pocket in eastern Syria. Clashes were reported near the settlements of Abu Hasan, Abu Khatir and Susah. Technically, the SDF had captured Hajin, but it has not secured it yet.

On December 24, the Kurdish People’s Protection Units (YPG) released a fresh propaganda video showing the group’s efforts against ISIS in the Hajin pocket. The video shows the YPG’s “deep” involvement in anti-ISIS efforts of the US-led coalition and is aimed at showing the importance of the group in this field.

It is interesting to note that with the development of the situation with the US troops withdrawal and the growing threat of a Turkish operation in northeastern Syria, the media forgery called Syrian Democratic Forces (SDF) is collapsing. In the current situation, almost no pro-SDF and mainstream sources are able to pretend that the SDF is a multi-ethnic coalition with a limited participation of the YPG. All was forced to admit that the SDF is a Kurdish-dominated group, with the key role of the YPG and its political wing in its leadership.

According to the Syrian Observatory for Human Rights (SOHR), the YPG/SDF is currently redeploying large forces from the Deir Ezzor province, including a frontline with ISIS, to the area of Manbij where the group is preparing to repel an expected Turkish advance.

In turn, the Turkish Armed Forces (TAF) and Turkish-backed militants have continued their build up along the contact line with the SDF-held areas. Over the past few days up to 100 armoured vehicles and artillery pieces have been spotted moving in Turkey towards the border with Syria.

In the Idlib de-escalation zone, militants continue to violate the ceasefire regime on a constant basis. The most intense clashes were spotted in northern Hama.

On December 24, more than 1,000 refugees returned to Syria from Lebanon in the framework of the operation organized by the Syrian government, the Russian Center for Reconciliation and the UN High Commissioner for Refugees. Chief of Lebanon’s General Security Directorate Abbas Ibrahim told media December 21 that about 110,000 Syrians had returned to their homeland since July.

The Damascus government, with help from Russia, continue to recover infrastructure to create favorable conditions for returnees. As for December 23, 2018, 30,908 houses, 713 educational facilities and 121 medical centers has been restored and 926km of roads have been repaired.

A total of 209,513 persons have been granted amnesty in the framework of the ongoing reconciliation process.