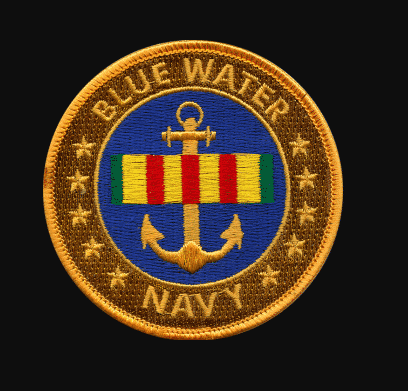 Health Editor’s Note: Here is some background on this most important legislation taken from https://policy.house.gov/legislative/bills/hr-299-blue-water-navy-vietnam-veterans-act-2018-amended

Background
The Agent Orange Act of 1991 (P.L. 102-4) established the presumption of service-connection for certain diseases associated with exposure to herbicides for veterans who served in the Republic of Vietnam between January 9, 1962, and May 7, 1975. This presumption simplifies the disability claim process for veterans who may have developed conditions linked with exposure to toxic chemicals because it may be difficult for such veterans to prove that they were actually exposed to herbicides. Additionally, this policy reduces the time and expense for VA to gather evidence of service connection on a case-by-case basis.[1]

However, VA’s current guidelines do not acknowledge that BWN veterans may have been injured as a result of the military’s use of Agent Orange during the Vietnam era. Instead, VA limits the presumption to veterans who actually set foot on land in the Republic of Vietnam or served in the country’s inland waterways. H.R. 299, as amended, would remedy this inequity by extending the presumption of service connection for certain conditions linked to contact with herbicides to BWN veterans who served off the shore of Vietnam between January 9, 1962, and May 7, 1975. In response to concerns raised by veterans advocates, in 2011 the Institute of Medicine (IOM) attempted to determine whether BWN veterans experience a comparable range of exposure to herbicides as those on the ground in Vietnam. However, the IOM concluded that given the passage of time and lack of sampling data collected during the conflict, there is not enough information to conclusively determine whether Blue Water Navy personnel actually came into contact to defoliants during their service. IOM also determined that it is unlikely that such data will be available in the future. As a result, VA has decided that the lack of scientific evidence prevents the Department from extending the presumption to BWN veterans.[2]

Tragically, many veterans who served off the coast of the Republic of Vietnam are now experiencing health problems that are associated with herbicide exposure. However, since BWN veterans do not receive the presumption, these veterans must provide evidence of actual exposure to herbicides to successfully file a claim for VA benefits for conditions linked to defoliants. It is very difficult, if not impossible, for BWN veterans to gather such evidence because their service records may be missing or incomplete–if a contemporaneous record documenting exposure was created in the first place. As a result, VA often denies claims for benefits filed by BWN veterans. Our nation has a solemn duty to take care of the men and women who may have been injured during military service. In the absence of conclusive evidence to the contrary, BWN veterans should receive the benefit of the doubt. Therefore, Section 2 of H.R. 299, as amended, would ensure that these veterans are eligible for benefits, such as health care and compensation if they develop diseases that may have been caused by contact with the herbicides that were used during the Vietnam era.

To ensure that VA construes this bill to extend the presumption to all applicable BWN veterans who may have been exposed to herbicides, the Committee has clearly defined the term “offshore of Vietnam” for the purposes of this legislation.

As a result of VA’s regulation, a veteran who was stationed along the Korean DMZ between September 1, 1967, and March 31, 1968, is not automatically eligible for benefits if the veteran develops a condition linked with being subjected to toxic chemicals. Counterintuitively however, that same veteran’s child who was conceived after the veterans’ service in Korea and was born with spina bifida, may be eligible for benefits based on possible exposure to herbicides. Section 3 of H.R. 299, as amended, would resolve this inconsistency by expanding the presumption to include veterans who served in or near the Korean DMZ between September 1, 1967, and April 1, 1968. H.R. 299, as amended, would also address concerns of veterans who were stationed in U.S. bases in Thailand between January 9, 1962, and May 7, 1975, but are excluded from the current presumption. Section 4 of H.R. 299, as amended, would clarify that children of covered veterans who served in Thailand may be eligible for certain benefits. This bill would also require the VA Secretary, in consultation with the Secretary of Defense, to submit a report to the Committees on Veterans’ Affairs of the House of Representatives and the Senate identifying the U.S. military installations located in Thailand where an herbicide agent was actively used and identify the period of such use.[3]

Congress is very close to finally passing Blue Water Navy legislation, but unless the Senate acts in the next two weeks, that effort will fail.

For over a decade, Vietnam Veterans of America has sought legislation to restore presumptive Agent Orange exposure status to members of the Armed Forces, who served in the territorial waters of Vietnam.  H.R. 299, the Blue Water Navy Vietnam Veterans Act of 2018, passed the House by a vote of 382-0 on June 25, 2018.

VVA believes Congress should recognize that these veterans were exposed to Agent Orange and should authorize presumptive status for VA disability claims associated with this exposure. Now is the time to contact your Senators to ask them to support this bill.

Take Action enter your zip code, and send the prepared letters to your Senator requesting that Senator Isakson, Chair, Senate Veterans Affair Committee  move H.R. 299, the Blue Water Navy Vietnam Veterans Act of 2018, out of committee and on to the Senate floor for a vote and passage.

Please follow-up your letter with a call to the Senate switchboard at (202) 224-3121 and ask to be connected to your Senator.

These veterans are aging, and the time to help them is now!

Vietnam Veterans of America is the nation’s only congressionally chartered veterans’ service organization dedicated to the needs of Vietnam-era veterans and their families. VVA’s founding principle is “Never again will one generation of veterans abandon another.”