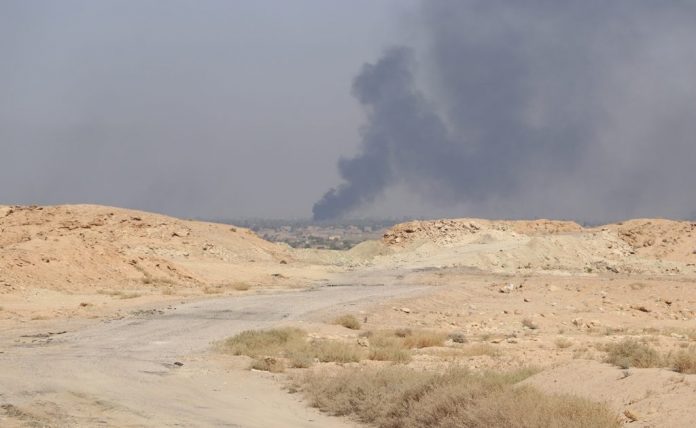 [ Editor’s Note: While the Americans are on holiday, the midnight candles are burning in other capitals of the world trying to come up with some kind of plan to gain the initiative from the Trump withdrawal from Syria.

Timing is everything in terms who can put a new deal together either to help Syria reestablish control over the Kurdish regions of its territory, or prevent someone else from doing so, like Turkey.

Of course, the US and French troops are still on the ground there, with only the diplomatic people being taken out the first day. Smart money is betting that Turkey does not want to move on Manbij until those troops are gone.

And the next big question would be will Syria engage the Turks in combat if they try to retain another Syrian city without US support? We will have a better idea after the first week of January, if the ball does not go up before then. Remember the Battle of the Bulge began on a Christmas Eve, a bloody one for the US during WWII… Jim W. Dean ]

A delegation of the Egyptian General Intelligence Directorate will visit Damascus soon to discuss the escalation in northeastern Syria, where Turkey and its proxies are planning to launch a military operation against Kurdish forces, sources familiar with the situation told the al-Arab news outlet on December 26.

A co-chair of the Syrian Democratic Council (SDC), which governs northeastern Syria, confirmed that Egyptian officials had contacted Syrian Kurdish leaders in the recent days to meditate negotiations between the council and the Damascus government on the future of northeastern Syria.

“The Syrian Democratic Forces (SDF) [the military wing of the SDC) have effective communication channels with Egyptian officials. We are hoping to see an immediate move to stop the escalation in northern Syria, mediate with the Syrian government and foster an agreement with Kurdish forces,” Ilham Ahmed told the UK-based news outlet.

A senior Syrian official told the local al-Watan newspaper that two generals discussed “new challenges” during the meeting. The official also confirmed that a delegation of Egypt will visit Syria soon.

Egypt’s mission in Syria will not be an easy one because SDC officials are still insisting that they will not hand over any area to Damascus. However, the Turkish threat and the expected withdrawal of U.S. forces will likely force both sides to find some sort of an agreement.