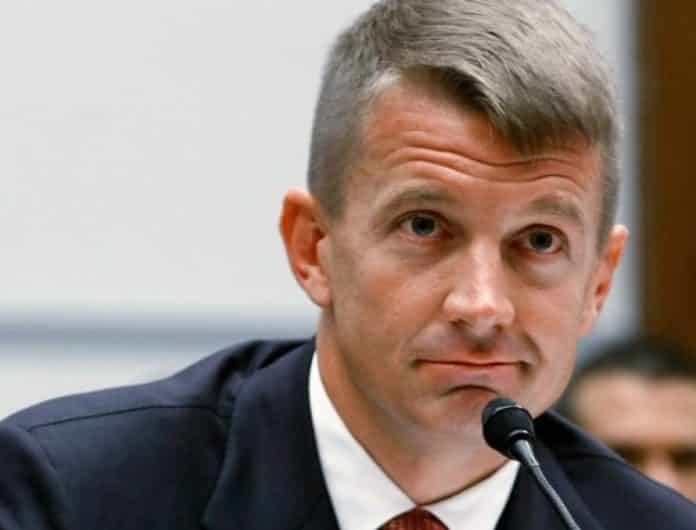 With the resignation of U.S. Secretary of Defense Jim Mattis recently announced, the mercenary group Blackwater USA has declared their return as President Donald Trump reduces the number of troops in Afghanistan and Syria. Blackwater announced their return in a full-page ad in the January/February print issue of the gun and hunting magazine “Recoil,” while another Blackwater contractor was recently found guilty of first-degree murder for his role in the Nisour Square massacre.

At approximately noon on September 16, 2007, a Blackwater convoy codenamed Raven 23 disobeyed orders from U.S. Embassy officials to remain in the Green Zone and instead established a blockade at Nisour Square in Baghdad. While driving his mother to an appointment, Ahmed Haithem Ahmed Al Rubia’y stopped his white Kia sedan at the checkpoint and waited for the Blackwater mercenaries to let them pass. Hiding inside the convoy’s command vehicle, Nicholas Slatten aimed his SR-25 sniper rifle through a gun portal and fired a round at Ahmed.

As Ahmed’s head exploded, his car slipped into neutral and slowly began to approach the Blackwater convoy. While attempting to stop the car, Iraqi police officer Ali Khalaf Salman raised his left arm signaling the shooters to stop firing. Inside the sedan, Ahmed’s mother, Mahassin Mohssen Kadhum Al-Khazali, clutched his bleeding head screaming, “My son! My son! Help me, help me!”

Read more at Nation of Change