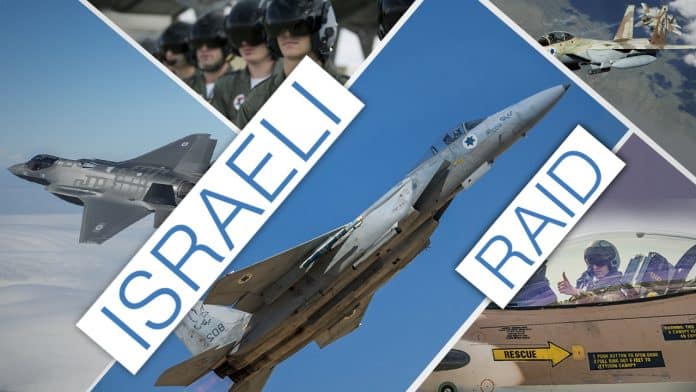 Late on December 25, the Israeli Air Force carried out a missile strike on targets in the Damascus International Airport area. According to reports, Israeli F-16I jets launched at least 16 missiles from Lebanese airspace.

The Syrian media stressed that the Air Defense Forces (SADF) had intercepted most of the hostile missiles, but acknowledged that at least 3 Syrian servicemen had been injured in the incident. The SADF also fired several missiles at Israeli jets involved in the strike. The Israeli Defense Forces (IDF) confirmed that they had employed their own air defense systems to protect the jets.

The Syrian side did not use the S-300 air defense system delivered by Russia to repel the airstrike. Syrian personnel have not yet finished the necessary training. According to experts, the Syrian S-300 system will be put on a combat duty in the second half of January or in early February 2019.

The recent Israeli strike came a day after the Russian Defense Ministry announced that 150 servicemen of one of the surface to air-missile regiments of Russia’s Central Military District had returned from Syria.

On December 25, Syrian Army soldiers, backed up by Russian servicemen, entered the village of Arima west of the town of Manbij, a stronghold of the so-called Syrian Democratic Forces (SDF). Previously, Arima was controlled by the SDF. However, its current status is unclear. Pro-SDF sources claim that the village will be jointly controlled by the SDF and the Syrian Army. Pro-government sources claim that the village was handed over to the government.

Local sources claim that this move is the first stage of the implementation of a broader agreement, which may son be reached between the Damascus government, Russia and the Kurdish-dominated SDF.

Since the US decision to withdraw its troops from Syria and the resumption of Turkish threats to launch a new military operation against Kurdish armed groups in northern Syria, the SDF has desperately been seeking a new protector from Ankara. The Damascus government and Russia are one of the options considered by the Kurdish leadership. Another option is to hope that the remaining US personnel and French troops will be able to prevent a Turkish offensive along the entire contact line between the SDF and the Turkish military.

Meanwhile, Ankara continued its military build-up in Turkish regions bordering with northern Syria. Recently, a batch of Leopard 2A4 battle tanks were reportedly sent to the area.