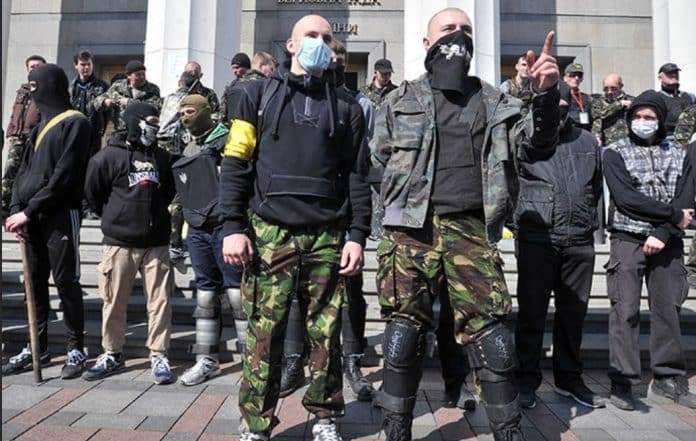 The report in British newspaper the Times, that Chechen Islamists, many reeling from defeat in Syria and Iraq amongst the alphabet soup of fanaticism, had indeed arrived at the war front in eastern Ukraine, woke me up from any Christmas torpor.

An earlier report in the New York Times had revealed that the Islamist Chechens were under the command of the fascist “Right Sector” and were there to “fight Russians” because “we like fighting Russians” and “will never stop fighting Russians.” 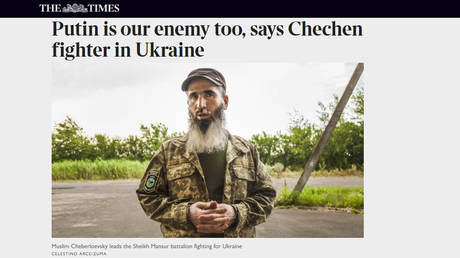 ‘UK, US look at jihadist groups as useful, are they as against terrorists as they pretend to be?’

For the Times at Christmas it was enough to quote one of their commanders: “Putin is our common enemy.” A quote which of course could have come from the editor of the Times!

While the report was a wake-up call for me, not so the rest of the British media still less the British political class. Tumbleweed rolled over the media spaces where fear and loathing should have been. There was more interest in Strictly Come Dancing than the long bearded Islamist extremists, who were now, once again, our dancing partners in crime.

But it was always thus.

When I returned to the House of Commons in 2012 after a brief absence, I asked the then Prime Minister David Cameron if he had read Mary Shelley’s Frankenstein. And if so, if he had read it all the way to the end. The end in which the monster, the good doctor had so carelessly created, broke free from his control and began acting like, well, a monster.

On another occasion I was trapped in a lift briefly with the then Foreign Secretary William (now Lord) Hague. I told him: “William, you’ve been wrong before, in fact you’ve been wrong all your life. But you’ve never been insane before. This policy of putting knives in the hands of Islamist fanatics and allowing them to go to Syria is not just wrong, it’s insane.”

And one day, I added portentously: “Such men with such knives will be in this building and looking for you, looking for me.” Which came true just three years later.

My powers of prediction in parliament go back much further however.

On the eve of the fall of Kabul to the Islamist hordes nearly 30 years ago I told the former Prime Minister Margaret Thatcher: “You have opened the gates to the barbarians, and a long dark night will now descend upon the people of Afghanistan.”

It was certainly not the worst prediction I have ever made. 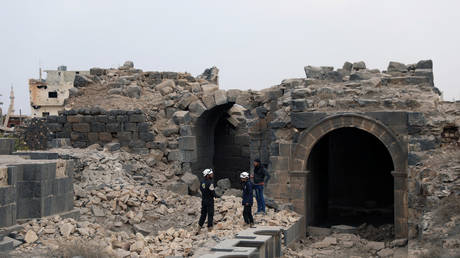 If I had been around at the time I would have issued the same alarm call about the British state adoption of the Muslim Brotherhood in Egypt against President Nasser, about British and US support for the obscurantists in the 1960s civil war in Yemen, about Israel’s adoption of what became Hamas in Gaza against President Arafat, about Western adoption of the extremists of the Libyan Islamic Fighting Group against Gaddafi and many others. I would have warned them all: “Read Mary Shelley, read Frankenstein, and read it to the end.”

The policy of “my enemy’s enemy is my friend” is a deeply immoral one, and one which has repeatedly failed yet is repeatedly repeated.

In the mid-1990s I gave a lecture to the International Department of the Central Committee of the Chinese Communist Party about knowledge I had acquired through working with the Saudi opposition in London that someone called Osama Bin Laden had been oriented by the United States towards the Xinjiang region in China to agitate amongst the Uighur Muslim minority there, to exacerbate their alienation from the state, to take advantage of the weaknesses of Chinese State policy towards their Muslim citizens. And to sow terror.

So novel was the name Osama Bin Laden then that the International Department cadres crowded round me at the end asking me to spell his name for them. So important was my news that a week later I had to do it again for the deputy foreign minister of China.

Back in 2015, the New York Times was at pains to point out that the fanatics who turned up at Mariupol were “unpaid volunteers” and that neither they nor their Right Sector commanders were paid or instructed by the United States special forces there nor for that matter by US officials. But that’s what they always say.

The US backs “moderate” fanatics only, just like in Syria. If you believe that, I have a bridge here in London I can sell you, going cheap. 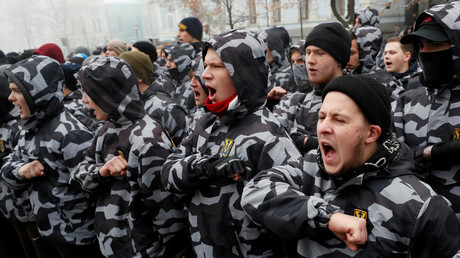 It was bad enough when it was the Right Sector itself, assembled from half a dozen ultra-Nationalist groups like White Hammer, the Trident of Stepan Bandera, and the Azov Group which openly uses the “wolf’s hook” symbols of the SS.

These groups are open disciples of the anti-Semitic pogromists who fell upon their Jewish neighbours and murdered them during the Nazi Occupation of Ukraine. There was no need to wait for the trains or the concentration camps. And yet, they became instruments of policy for “liberal” “democracies”.

An axis of evil formed between them and the head-chopping, heart-eating, crucifying killers of Islamist extremism must mark a new low in Western policy. And the worst possible Christmas present for the Christians of eastern Ukraine.